OBOR and the Marshall Plan. 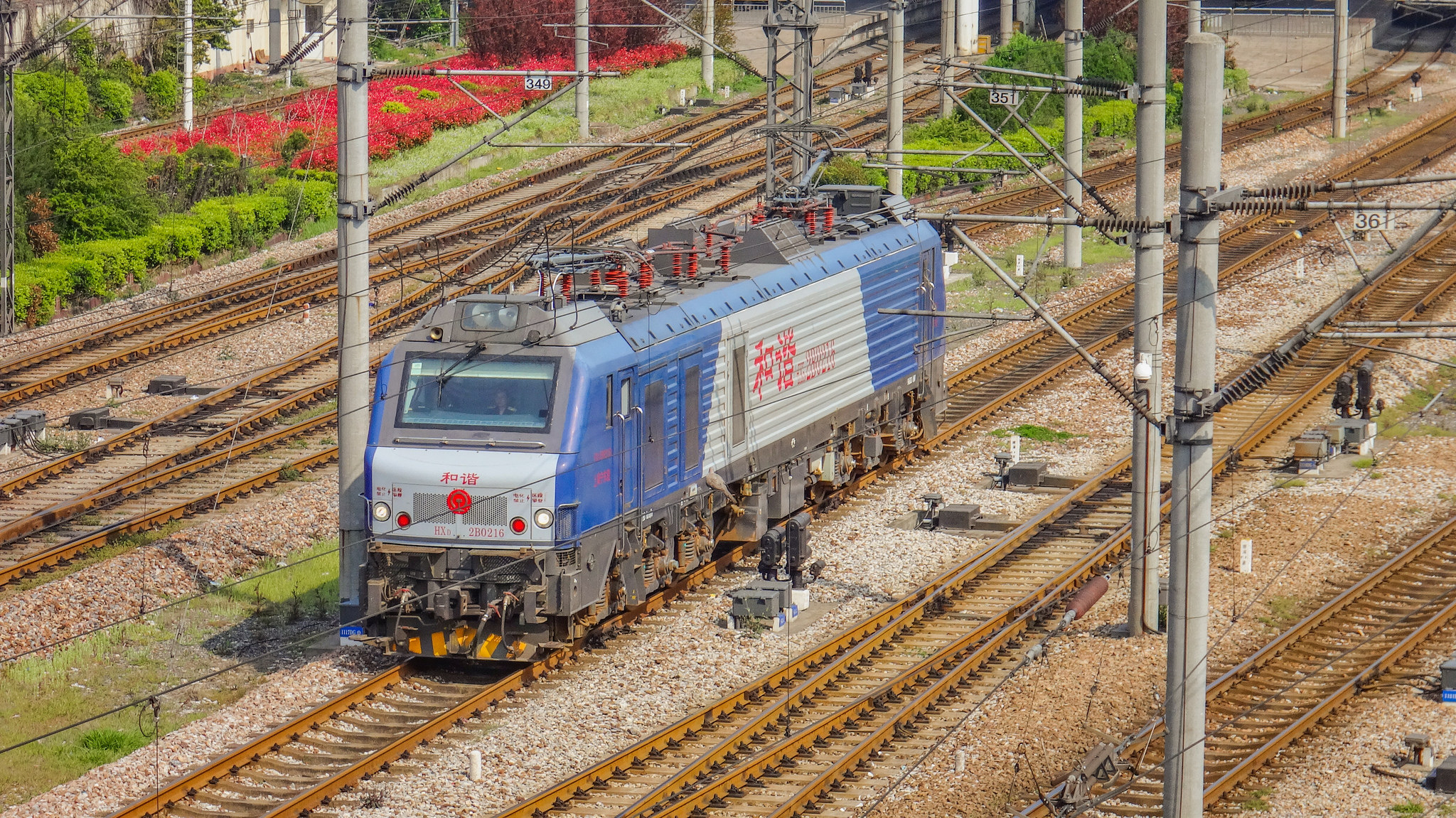 The concept of “One Belt, One Road” (OBOR) continues to be at the center of Chinese President Xi Jinping’s travels abroad, whether to the 2015 G20 and APEC conferences or to the Middle East. Despite the enthusiasm demonstrated by China for this grand strategy, however, the strategic goals of OBOR are interpreted diversely by individuals. Recently, international relations scholars have compared OBOR with the U.S.-led Marshall Plan in the post-World War II era, but scholars from China argue that the OBOR and Marshall Plan are not comparable.

OBOR is still a conception which lacks tangible strategy. However, predicting the hidden strategic goals of OBOR is not complicated – they can be inferred by combining Chinese official discourse and strategic arrangements in response to the U.S. rebalancing strategy in the Asia-Pacific region. Those goals can be summarized in the following five points – which are actually quite similar to the strategic aims of the Marshall Plan, as outlined by Melvyn P. Leffler in his 1988 article “The United States and the Strategic Dimensions of the Marshall Plan” (published in the journal Diplomatic History).

In the ending phase of World War II, the United States was a strong manufacturing country equipped with high industrial capacity. However, the saturation of the domestic market and a failure to export excess capacity caused economic growth to stagnate. In order to cope with the post-war economic transformation and the problem of overcapacity, the United States was forced to seek overseas markets for their products. The terms of the Marshall Plan stated that European countries being aided should accept U.S. investment and import U.S. goods. By providing aids toward various countries, the United States simultaneously underwent an economic transformation.

Similar to the post-war United States, China needs to export excess capacity, resources, and labor through foreign investment in order to achieve an economic transformation. As fate would have it, the strength of China’s manufacturing industry is infrastructure building, and Central and Southeast Asia lack investment in the field of infrastructure. Therefore, China oversaw the establishment of the Asian Infrastructure Investment Bank in accordance with the OBOR initiative in order to promote “Made in China” in Central and Southeast Asia.

The Marshall Plan allowed the United States to export its currency. The total amount of aid provided was $13 billion, which is now equivalent to roughly $100 billion. The U.S. dollar was used for the subsidies, while European countries purchased U.S. goods with their own currencies. Over time, the U.S. dollar has become a tool for stability; the “Money Credit” provided by the plan created a basis for future frequent quantitative easing.

China is also seeking to increase the international use of its currency. The International Monetary Fund recently included China’s renminbi (RMB) in its Special Drawing Rights basket of currencies. However, the most effective way to promote cross-border circulation of the RMB is still regional economic cooperation. The RMB is regarded as the strongest currency among the major regions of the OBOR initiative. Though the details of the policy have not been decided, a significant number of Chinese specialists state that the RMB should be used as the settlement currency of large-scale commodity trade in the region. At the same time, the engagement of Chinese capital investment in infrastructure building should be increased and promote cross-border payments by RMB.

This sort of “currency war” theory believes that the internationalization of the RMB through OBOR can allow China to challenge the United States’ leading role in the international arena, just as the status of the U.S. currency was consolidated through Marshall Plan.

The United States hoped to use the Marshall Plan to revive war-torn Western Europe in order to demonstrate the superiority of capitalism over communism and undermine the influence of the Soviet Union. The instability of the European community favored the growth of communism; the Communist Party in countries such as Italy received strong support. Marshall believed that Europe was the key for an effective balance of power between the Soviet Union and the United States. If the European economy declined, the traditional capitalist world economic structure of the United States, Europe, and Southeast Asia would not be sustained. Therefore, providing long term and short term subsidies as well as lowering trade barriers in Western Europe was essential to defend against communism and the Soviet Union.

The Marshall Plan provided a blueprint for undermining the influence of the Soviet Union. Similarly, China’s OBOR targets the United States as a potential competitor. The emphasis on interconnection stresses the construction of onshore energy pipelines as well as harbors. By importing energy through dispersed channels, China can lower the strategic risk of energy imports and enhance control over Indian Ocean shipping routes. At the same time, the consolidation of trade relationships among China (with its exports of manufactured goods), the Middle East and Central Asia (energy exports) and Southeast Asia (exports of raw material) can counterbalance the rebalancing strategy of United States and reduce the economic dependence of China on the U.S.

In the post-World War II era, the United States wanted to incorporate all of Germany (not only West Germany) into the capitalist camp. If this could not be accomplished in the short-term, the United States had to ensure a prolonged division in Germany in order to prevent the whole country from entering the Soviet Union’s camp. The U.S. emphasis on Germany was rooted in the high geopolitical strategic significance of Germany. Germany is home to the Ruhr, a large industrial area that provided the essential natural resources (such as coal) and industrial capacity for the revival of the European economy. Also, Germany is located at the intersection point between Eastern and Western Europe; allowing the Soviet Union to control Germany would obstruct the balance of power in Europe. In order to prevent the geopolitical risk of a possible Soviet Union-Germany coalition, the Marshall Plan strengthened political and economic ties between West Germany and Western Europe. The unification of Germany has been viewed as the key to ending the Cold War and bringing down the Iron Curtain.

As stated above, the Marshall Plan can be viewed as a factor that contributed to the division of West and East Germany. Similarly, OBOR may lower the solidarity of Asia-Pacific integration organizations headed by the United States and Japan, such as APEC. By searching out APEC member states which desperately need infrastructure, OBOR allows China to foster bilateral integration with those member states. That, in turn, will undermine the significance of APEC and delay these states’ entry in the U.S.-led Trans-Pacific Partnership. Though those countries will still keep diplomatic ties with the United States, OBOR limits the chance of forming of coalitions against China, such as the U.S.-India and U.S.-South Korea coalitions in the past.

Today, the endpoint of OBOR is located in Europe. It shows that China wishes to intensify relations with traditional U.S. allies in Western Europe, which in turn undermines U.S. influence in the region. Recent frequent interactions between leaders of China and major Western European countries as well as decisions by the U.K., France, and Germany to join AIIB despite the objections of Washington seems to indicate the decline of U.S. influence. If economic and strategic integration are achieved between Asia and Europe, China may become the center of the world, leaving the United State marginalized.

Undoubtedly, OBOR does not emphasize ideological factors as heavily as the Marshall Plan did. On the contrary, economic and financial considerations have been major concerns for China’s initiative. Therefore, officials in China state that the two strategies are not comparable. However, the highly globalized modern world does not view ideology as a major battlefield. Instead, major powers stress the importance of leading institutions and setting discourse within the international economic structure – and here, the U.S.-led TPP and China’s OBOR are clearly competing.

Nowadays the Chinese economy is heading to a transition period when the Chinese government is aiming at a slower but more sustainable growth. The progress of such move remains to be seen, but OBOR could arguably help facilitate the Chinese domestic economic transition through the following two aspects: First, the massive scale of infrastructure construction and other supporting policies proposed by OBOR initiative, especially the Silk Road Economic Belt, is supposed to connect the West and Central region of China with Central Asia and Europe countries by transportation facilities, commercial arrangements and culture exchange. As studied widely by western reports like those from CSIS, such policy initiative could boost employment and local consumption in these less-developed regions in western and central China, thus reaching a more balanced regional development pattern within China.

Second, OBOR is expected to help utilize the industrial overcapacity of China. The issue of Chinese overcapacity in heavy industries like steel and aluminum production has been seriously emphasized in various occasions, including the G20 Meetings in Hangzhou. Given China alone accounts for half of worldwide steel production today, when Chinese domestic demand slowed down, the excessive production capacity generates lower return. Besides, the excess has flooded into the international market a process that has been perceived as dumping. While the Chinese government is committed to conducting a large-scale capacity closure program, the issue cannot be solved if there’s no effective external demand to absorb the existing heavy industrial production from China. Notably, there’s huge deficit of regional infrastructure building in Asia. This investment and construction demand has not been effective in private market due to various social and political factors embedded within this region. Multilateral policy initiative could help address it. This is where OBOR could helpfully step in: By lowering the transportation and construction cost through state-backed policy coordination, which enjoys economies of scale, the barrier of investment into the OBOR region could be reduced. As such, China’s own heavy industrial capacity could be utilized to improve the infrastructure condition in OBOR region and boost local economic development there.

Dr. Simon Shen is an Associate Professor of the Faculty of Social Science in the Chinese University of Hong Kong, where he serves as the Director of Global Studies, Director of Master of Global Political Economy and Co-Director of International Affairs Research Center of the Hong Kong Institute of Asia-Pacific Studies. An earlier version of this article was published in The Diplomat. Image credit: CC by Chiu Ho-yang/flickr.