What do Labour NGOs in China do?

Home /China, Labour/What do Labour NGOs in China do? 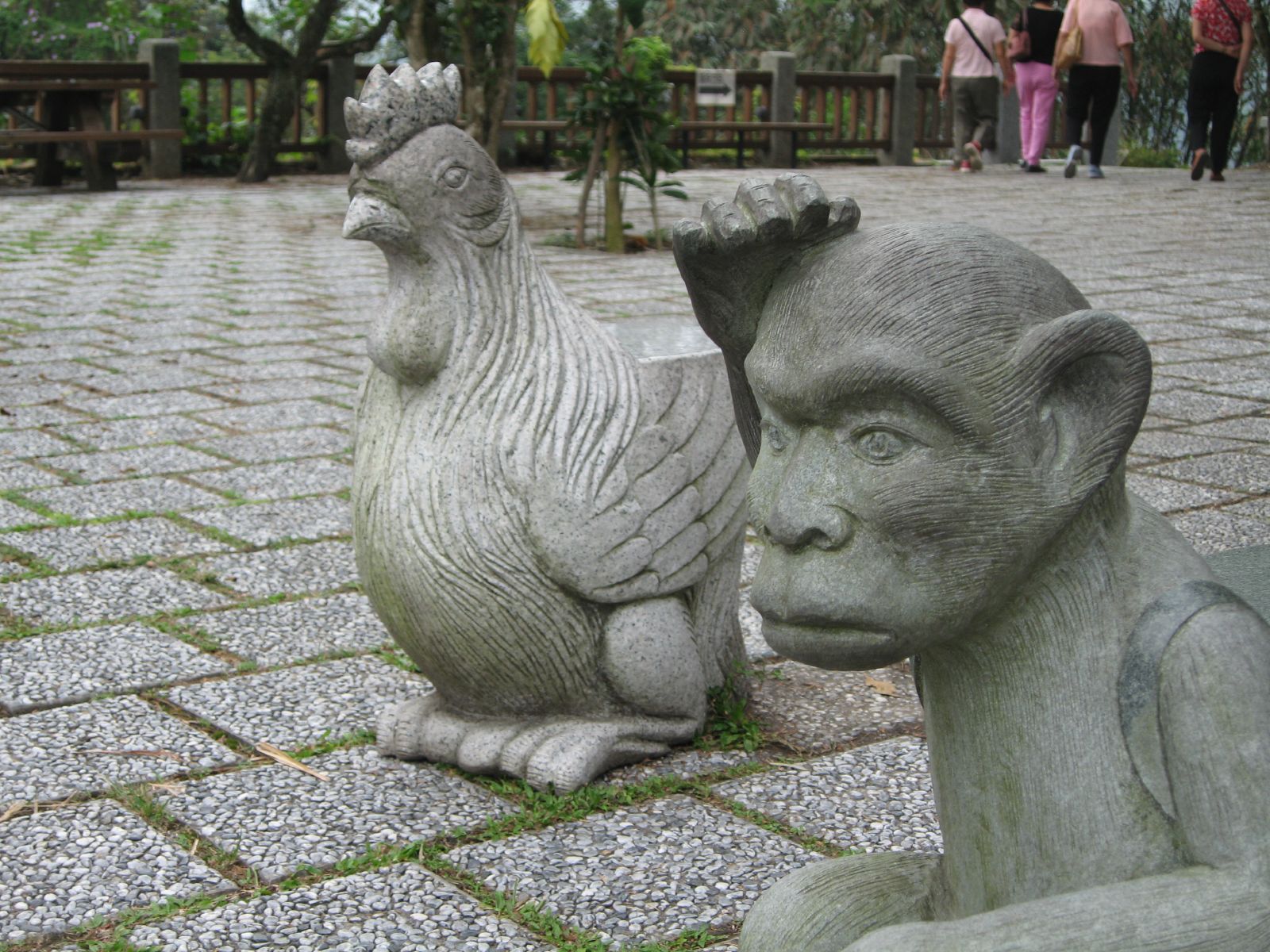 On 27 September 2016, disturbing television footage of three labour activists was beamed across China. Zeng Feiyang, Zhu Xiaomei and Tang Huanxing were filmed admitting to the crime of ‘gathering a crowd to disturb social order’ before a judge in a Panyu district court house. They are former staff members of the Panyu Workers’ Centre in Guangdong that was closed down in the wake of a coordinated police sweep of labour activists across the province in December 2015. All three received suspended sentences possibly in return for what amounted to a public confession. The opaque circumstances of the confessions raise questions of access to defense lawyers, treatment in detention, unexplained intimidation of family members and the fate of Meng Han, a fourth labour activist who remains incarcerated Guangzhou No.1 Detention Centre awaiting trial.

Equally importantly, the clampdown on the activities of Labour NGOs (LNGOs) in Guangdong province that preceded the trial has focused attention on the role of LNGOs in China’s industrial relations. How did these organizations emerge in such a difficult environment? Who works in them? And what do they do?

The emergence of LNGOs in China has been an important feature of China’s expanding civil society. To a qualified extent, their presence represents an application in China of the outsourcing of welfare delivery and related services to selected civil society organizations (CSOs) that has accompanied the global spread of neoliberal ideology over the past four decades. Indeed the ‘service delivery’ model of civil society fits neatly with the vision of poverty alleviation and innovation in social provision that the Communist Party of China (CPC) has expressed interest in since the Sichuan earthquake relief operation in 2008.

On the other hand, labour relations in China are subject to specific institutional and legal constraints that have pushed LNGOs beyond service delivery into the more sensitive area of labour organizing. The most rigid of these constraints is the monopolistic role of the All China Federation of Trade Unions (ACFTU) that operates under CPC leadership. The consequent combination of the absence of competitive pressure to recruit union members and the organization’s obedience to the CPC’s prioritizing of stability (维稳) over rights (维权) generates timid and ineffective responses to the frequent violations of labour laws by employers. At enterprise level, union representation is often entirely dominated by management. In many cases it is management!

However, tentative signs of change began to emerge in 2005, most markedly in Guangdong. First, labour shortages afforded the province’s approximately 30 million migrant workers more leverage against employers. Spontaneous and desperate protests aimed at forcing state officials to discipline employers into at least temporary compliance with minimum legal standards were replaced by strikes and pickets lines that stopped production and forced employers to negotiate directly with workers over wages and benefits. This newfound confidence was especially prominent among second and third generations of migrant workers armed with censorship-busting mobile phone technology, higher education levels than their parents and ambitions of urban living. Second, in the glaring and global publicity of widespread labour law violations and growing militancy, Guangdong’s political leaders adopted a more relaxed attitude to LNGOs than anywhere else in China. Although LNGO funding remained – and remains – a profoundly sensitive issue, the capacity of LNGOs to provide legal assistance to workers dovetailed with the state’s declared goal of channeling labour grievances into juridical channels of dispute resolution – dispute arbitration committees and the courts. The Guangdong Federation of Trade Unions even formed cautious partnerships with some more service-minded LNGOs.

In short, LNGOs in Guangdong were able to take advantage of what Jude Howell and I have formulated as ‘pragmatic authoritarianism’: a variation of authoritarianism that astutely combines sufficient levels of coercion to maintain social order with sufficient flexibility to concede demands to preserve economic growth. The big question now is whether or not the recent trial and clampdown spells the end of an era of pragmatism.

Where do China’s LNGOs come from?

The short answer is Hong Kong – at least initially speaking. While estimates of the actual number of LNGOs in China currently hovers at around 70, the role of a much smaller number of labour activists and practitioners from Hong Kong has been crucial to the general development of LNGOs. In the 1980s, much of Hong Kong’s manufacturing industry moved north into the special economic zones and industrial parks opening up in Guangdong across the ‘border’. Horror stories of deaths, disease, hyper-exploitation and incidents of atomized and brutally repressed resistance piled up alongside pretty much unfettered capital accumulation.

In response, small groups of student and labour activists from Hong Kong quietly began setting up shop in Guangdong during the mid-nineties aiming to provide assistance to off-farm migrant workers. The actual number of these organizations has never exceeded staffed with small numbers of dedicated activists. The ‘comparative advantage’ of these pioneers included knowledge of the behavior of Hong Kong capitalists and investors operating in Guangdong; the ability to forge links to transnational advocacy networks and Global Union Federations; and a geographical proximity to Hong Kong. Informed by political analysis ranging from social democracy to Marxism, these groups were able to punch way above their weight. They developed partnerships with Mainland LNGOs – sometimes inspired by the Hong Kong groups – forged relationships with labour-friendly lawyers and academics and drew volunteers from the social science faculties of mainland universities. Crucially, they recruited migrant workers as staff members, many of whom had been involved personally in legal and paralegal struggles for injury compensation and wage arrears. As labour militancy has grown and evolved, the skill sets of these former workers changed: from paralegal advisors to labour organisers with direct experience of collective labour actions. By the time of the now famous 19-day strike at the Nanshan Honda Autoworkers Factory in May 2010, some of them were in a position to switch from advocacy with, for and on behalf of workers to supporting workers engaged in collective struggles up to and including strikes.

What do they do?

For a brief period, the tolerance of ‘unregistered’ LNGO agency that is currently subject to significant state regulation extended beyond LNGOs to workers themselves. In Guangdong, local trade union officials began to adopt a more relaxed attitude to strikes arguing that they were a normal outcome of labour relations involving private and foreign capital. By 2010, both the Guangzhou and Guangdong union federations were attempting improve the union’s credibility in the eyes of workers via experiments with enterprise-level trade union elections and even forms of accountable – more or less – collective bargaining. The class struggles that served as in impetus to these cautious attempts at trade union reform also had a profound impact on the strategy and tactics of LNGOs.

Up until around 2005, most LNGOs including those in Guangdong focused on paralegal interventions in individualized labour disputes and campaigning over health and safety issues such as cadmium poisoning, silicosis and pneumoconiosis. In 2008, the Labour Contract Law and the Labour Dispute Mediation and Arbitration Law encouraged more workers to pursue employers through the formal channels established by these laws. These new institutions were somewhat overwhelmed by the large numbers of disputes exacerbated by the financial crisis of 2008-9. But labour shortages returned as the Chinese economy moved back to rapid growth and short wildcat strikes again emerged as the most effective weapon for workers pursuing wage increases and improved working conditions. For some established LNGOs in Guangdong, notably the Panyu Workers’ Centre, the time to switch from legal assistance to providing direct assistance to workers engaged in labour struggles seemed to have arrived.

The new wave of pioneers – now mostly mainland LNGOs – adopted solidarity-building, organizing the election of workers’ reps and training workers in collective bargaining techniques as new strategies in building a labour movement through autonomous organizing. Some argued that this would also bring further pressure on the ACFTU to reform and improve its representative performance. Although in part facilitated by the state policy of ameliorating inequality, the strategy generated significant successes in terms of negotiating wage increases, combating outsourcing, winning compensation for factory relocation and improving working conditions. Unsurprisingly, trade union reform has been much less significant. Institutionalized forms of annual collective bargaining remain the except and confined to key sectors in which globalized production awards workers significant disruptive leverage. In such cases the threat of strikes can persuade the local higher level unions to support the operation of at least partly functional enterprise level unions. But these are significant as outliers rather than a pattern of reform.

杀鸡儆猴 (sha ji jing hou) is a well-known Chinese idiom that conveys warning: to ensure that the monkeys witness the killing of the chickens. It is certainly possible to interpret the recent clampdown on a specific LNGO in Guangdong as a warning to others that they have gone too far in their strike interventions – especially given that many others were caught up in the initial police sweep. This interpretation dictates that future activities must be restricted to service provision: Acting as ‘providers’ in corporate social responsibility schemes; trainers in basic occupational safety and health; or conduits for the delivery of social welfare are all permissible. Labour organizing, assistance in collective bargaining and campaigning are not. If this is the case, the problem for the authorities is that the monkeys – LNGOs and workers – are not likely to remain cowed for very long. The antagonistic interests between labour and capital that LNGOs were relieving to a certain extent via the promotion of collective bargaining will not go away. As I argue elsewhere, taking out skilled labour organizers and negotiators such as the still detained activist Meng Han whom I referred to at the start of this article means that strikes are more likely to be repressed rather than resolved. The historical evidence suggests this will generate more intense and widespread resistance further down the capitalist road.