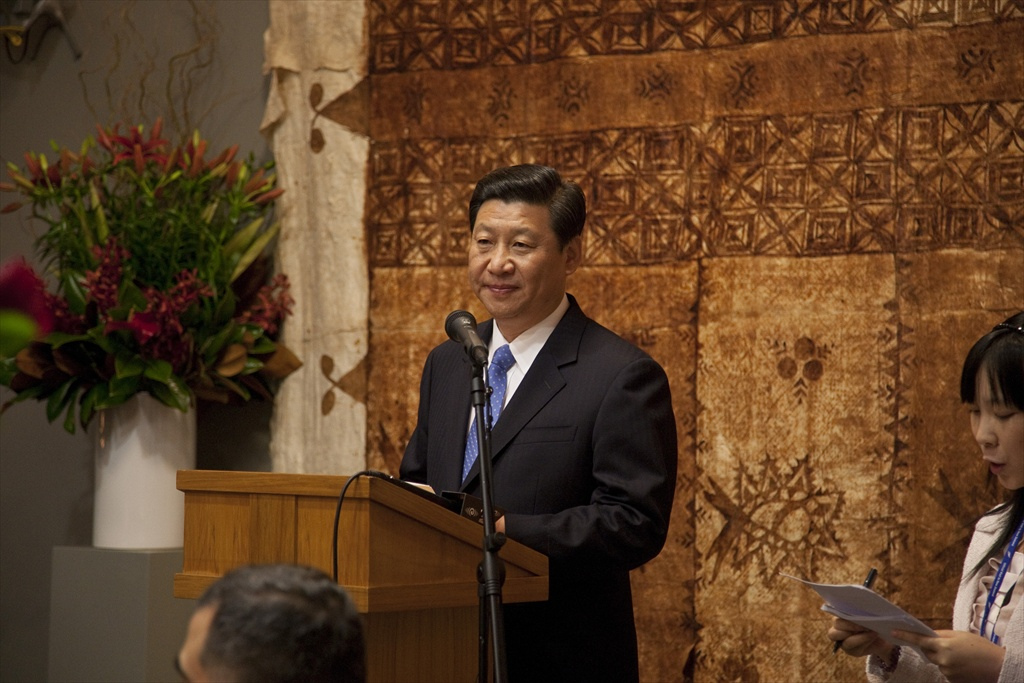 Almost as soon as Xi Jinping assumed office as president in March 2013, a few months after becoming leader of the Communist Party, it became apparent that he planned major changes for China. In particular, Xi called for carrying out further market economic reforms, improving China’s legal institutions, promoting the “rule of law”, and raising social standards, which he pledged during the Third Plenum of the 18th Central Committee in November 2013. Xi also set out a vision for China: the “Chinese dream” of “resurrecting” Chinese power and “rejuvenating the Chinese nation”.

Xi’s policies have changed the country in various ways. One of the most distinctive developments is the accumulation and centralization of power within the Chinese political system. In addition to the three top offices customarily held by the supreme Chinese leader (the third being chairman of the Central Military Commission), Xi made himself head of several Party committees (“leading groups”) newly set up in 2013 and 2014, to lead on issues such as national security and the economic reform process.

Xi initiated an anti-corruption campaign that took down Party cadres from among the top leadership, the highest-ranking official being Zhou Yongkang (former member of the Standing Committee of the Politburo in charge of security). Investigations have reached industries (in particular of luxury goods), the media sector, the military as well as the secret service (Ministry of State Security) apparatus. The anti-graft agency, headed by Politburo Standing Committee member Wang Qishan, supposedly disciplined more than 70,000 Party officials for corruption in 2014, and roughly 300,000 officials in 2015. The CPC leadership regards deep-rooted corruption as one of the major threats to the Party and the state and under Xi has taken hard measures to fight corruption. However Xi is often viewed as using the campaign foremost to bring down actual and potential rivals within the Party in order to help him consolidate his position.

In addition to accumulating power, Xi Jinping appears to be striving for an ideological tightening within the Communist Party of China (CPC): Several times, Xi has called on his fellow Party members to apply Marxist principles “with innovation in both theory and practice” and to “strengthen their belief in the ideals of communism and socialism with Chinese characteristics.” The Chinese government has also tightened control over research and academic facilities, focusing on strengthening Chinese instead of Western ideology. During the 18th National Congress of the CPC in 2013, Xi Jinping called for a process to build new think tanks with Chinese characteristics with the overall aim to improve consulting mechanisms for decision makers and to increase China’s soft power. This development was reinforced by the publication of a joint directive of the government in January 2015, on establishing new types of think tanks with Chinese characteristics. Also in January 2015, China’s education minister announced a ban on textbooks that promote “Western values” as well as on any criticism of the Communist Party’s leadership.

The Chinese government has been taking additional measures to strengthen the political line prescribed by the CPC within the Chinese civil society, which resulted in increasing censorship, Internet and media control, arrests, disappearances, and detentions of political activists. In short, control over different aspects of Chinese civil society has increased drastically at the cost of human rights and the rule of law. According to the 2016 report of the US Congressional-Executive Commission on China, “Xi has overseen a deterioration in human rights and rule of law conditions in China marked by greater consolidation of his own power.” The Chinese government’s control will most likely also tighten on foreign non-governmental organisations, once a newly announced law restricting the work of foreign organizations comes into effect in January 2017.

Xi Jinping’s emphasis on Chinese Communist ideology as well as Chinese nationalism all corresponds to his early vision (2012) of the “Chinese dream.” Xi might have been consolidating power within the Chinese political system to make it strong enough for a successful transition to implement major reforms. However, after four years in charge, Xi still has many great challenges to tackle if he is to fulfil this dream. Such challenges include the environmental crisis, providing social stability, establishing a stable banking system, implementing tax reform, and in particular maintaining economic growth.

Although China’s economy is still growing at a greater rate than that of many other countries, it is in need of structural reforms to manage debt problems and prevent a financial and economic crisis. Reuters recently reported that China’s migrant workers and state-owned enterprises are being hit the most by the economic slowdown as they suffer from lower wages and underemployment. Reuters also notes that the number of migrant workers saw the weakest increase (a rise 0.4 percent in 2015) since the global financial crisis in 2009. Consequently, China has already seen more than 2,700 strikes and protests of migrant workers due to delays or unpaid wages this year.

These protests have not been the only occasions where dissent has become more visible in Chinese society: Citizens of Wukan, a village in Guangdong Province, protested during the summer and autumn after the arrest of their elected leader of the village, Lin Zuluan, who had revived Wukan’s fight against corruption that initially started as early as in 2011. In addition to Beijing’s traditionally tense relations with its ethnic minorities in Tibet and Xinjiang, the special administrated city of Hong Kong has become a major concern to the Chinese leadership starting with the major protests, known as the “Umbrella Revolution”, in 2014. The protesters had called on Beijing to allow a free election (and an election took place beginning of September). At the beginning of this year the disappearances of several Hong Kong based booksellers triggered further protests.

For Xi Jinping, such protests might reinforce his current hard-line on domestic policy issues, but they also illustrate the many threats that come with the accumulation of power that reminds observers increasingly of the days of Mao Tse-tung. If the Chinese leadership under Xi fails in its efforts, it will bring into question the legitimacy of his rule, even more so than was the case under his predecessors. Equally, if Xi succeeds in stabilising the economy and improving social standards for the large part of the people who have so far been left behind, it will be seen as his own personal success in consolidating the deal the CPC has struck with the Chinese people: political control goes hand in hand with economic growth.

Dr Angela Stanzel is a Policy Fellow at the European Council on Foreign Relations.  Alongside China’s history, politics and economics, her research work focuses on East and South Asia’s foreign and security policy. Image credit: CC by nznationalparty/flickr.

What do Labour NGOs in China do?
What happens when migrant workers suffer injury?