The Chinese Left: Contexts and Strategies 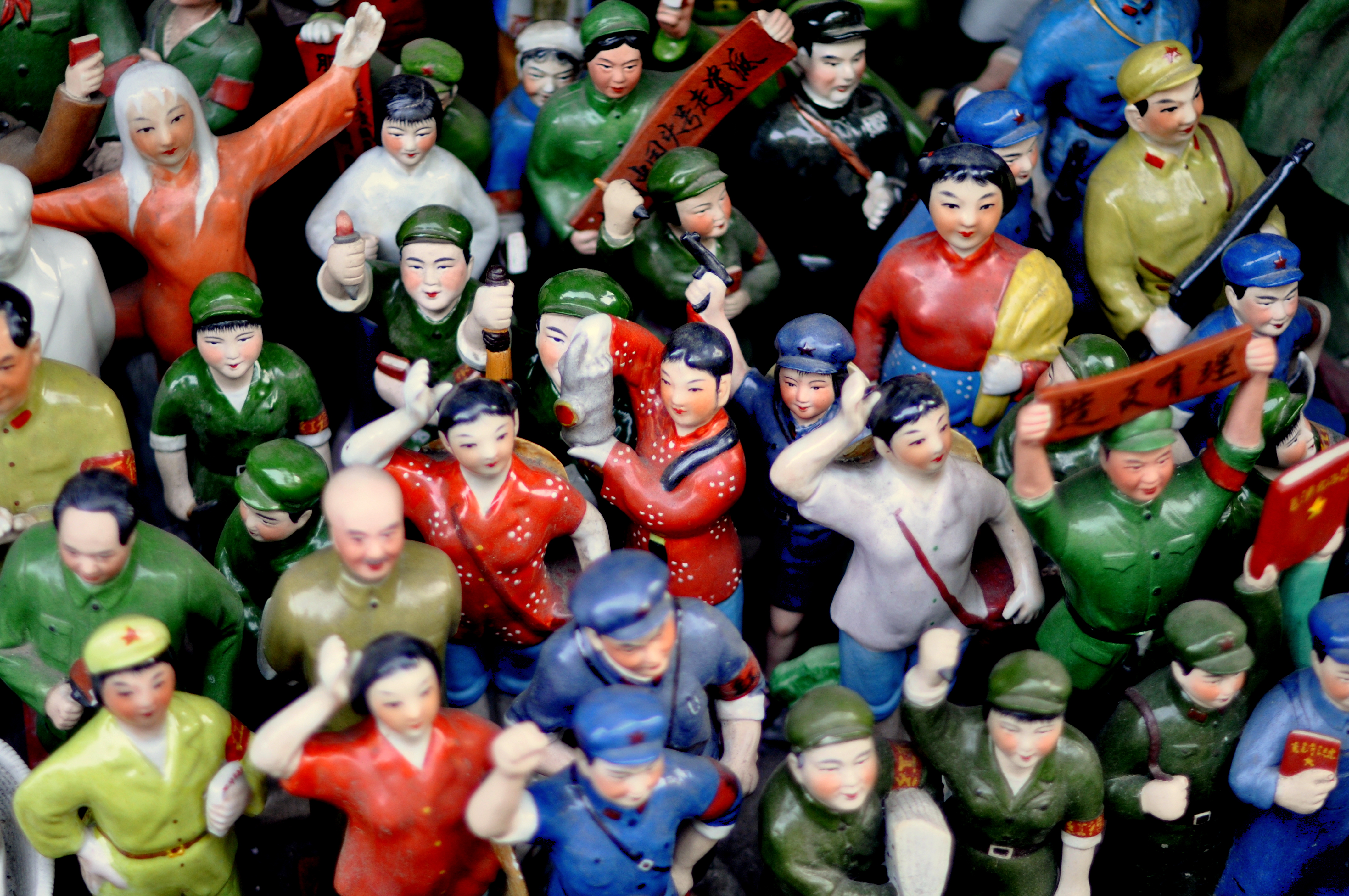 Let’s define the “left” broadly as standing against market fundamentalism, against the dominance of finance capital, and as advocating economic and social equality, worker and peasant power, and social welfare.[1] Most leftists worldwide share these values. A distinguishing feature of the Chinese new left, however, is that it is not, strictly speaking, an oppositional force. In most of the rest of the world, governments identified with the left or far left (Greece, Bolivia, Uruguay et al) face significant opposition from the further left. This Chinese exceptionalism is despite the fact that, as everyone on the left in China knows, the Chinese state has overseen an economy in which, especially since the early 1990s, market forces have played and continue to play an ever greater role, in which economic polarization is stark and growing more so, and in which workers and peasants have little power over their lives, manifesting their discontent in hundreds of annual strikes and protests over wages, working conditions, police violence, confiscation of land, environmental pollution, and similar grievances. These are generally localized and short-lived.

Leftist public discourse in China has little in the way of totalizing anti-systemic critique, a feature that some on the Chinese left hold is common both to “western-style Marxists” and Chinese neo-liberals. In broad terms, left discourse comprises: examination and defense of China’s socialist legacy, in the political, cultural, intellectual, economic, and social sectors, over the long course of the twentieth-century revolution, and in particular during the period from 1949 to 1966; polemics directed against “neoliberals”, particularly those advocating more market freedoms, greater privatization of land, and political and legal institutions more in line with global norms (these voices are, despite recent tightening of controls on allowable speech, much more prominent than is commonly perceived outside of China); critical analysis of films, literature, and other cultural productions that are symptomatic of or reveal the social ills common to capitalist society: greed, social hierarchy, cynicism, selfishness, etc.; and advocacy – for the most part in accordance with official state priorities that are unevenly implemented or not implemented at all – for a broad range of social practices aimed at improving working conditions, health, education, and welfare for the economically disadvantaged.

In popular discourse, the “left” is simplistically identified as pro-CCP, and there are indeed many defenders of the CCP’s version of modern history, its economic development priorities, and its international posture, in whose writings one would search in vain for sustained critique of Chinese capitalism, social injustice, or exploitation of workers and peasants. As these positions would not be legible as “left” by any international standards, I exclude them from consideration here. The new left, though, is also largely nationalist in orientation, identifying with the state’s goals of national rejuvenation and self-determination in a geopolitical environment still characterized by U.S. hegemonic threats to Chinese sovereignty. Although the nationalist current is strongest in what some have called the “old left” – die-hard Maoists opposed to nearly all developments dating from the reforms of the late 1970s – those identified with the “new left” frame their vision and advocacy largely in China-centered terms.

A collective biography of new left intellectuals might take the following trajectory. During the social, cultural, and political foment of the 1980s, many young intellectuals found in the “opening up” new political and ideological resources in individualism, freedom of expression, and anti-authoritarianism. This led many of them to identify with and participate in the social and intellectual currents that culminated in what would be referred to as Tian’anmen, the massive protests in Beijing in the spring of 1989, which were coterminous with actions and currents across the country. The state’s decisive and brutal suppression of these currents, followed by the renewed and strengthened commitment to market reforms and the growth and development of consumer society –symbolized by Deng Xiaoping’s “southern journey” in 1992, resulted in a broad depoliticization, a tendency that largely continues to this day. As the 1990s progressed, a number of intellectuals outgrew what some would characterize as the romanticism of their 1980s selves, reacting against the growing social and cultural deformations of a commercial and consumer society. The relationship to the reforms of the late 1970s and early 1980s is complex. These are not viewed in simplistic terms of socialist defeat and market victory. Rather, the initial impetus of the reforms is seen, in retrospect, as arising from a popular-based and often collectivist reaction to the authoritarianism and rigidity of the late Cultural Revolution period, and thus an organic outgrowth of still socialist energies.

The “non-oppositional” left position outlined in the first paragraph above represents, I would hold, a strategic conviction, whether articulated as such or not, that a state apparatus nominally identified as socialist and Marxist-Leninist in orientation affords significant possibilities for advocacy, intellectual hegemony, and policy orientation that would be unavailable wholly outside the state framework. This stance is similar in some respects to those worker or resident protests that commonly appeal to the good will of the central administration to enforce laws and rights already on the books, while directing their protest against corrupt local officials or factory bosses. Several prominent new left scholars were vocal supporters of Bo Xilai’s “Chongqing Model” – social housing and other welfare measures, anti-organized crime, a greater role for state enterprises, urban residency permit reform, and “red” culture – implemented while Bo was Chongqing Party Secretary from 2007 until his arrest in 2012. When the Hu-Wen administration (2002-2012) began to focus on addressing rural problems, the new left was prominent in advocacy and in support for ameliorative measures.

More recently, as broad consensus has grown regarding the unsustainability of China’s debt and investment-fueled growth regime, some on the left have seen opportunities for expanded social welfare measures and greater attention to inequality. Wang Hui, perhaps China’s most prominent left intellectual, was appointed in 2013 to the Chinese People’s Political Consultative Conference (CPPCC), an central political advisory body, and during his tenure has written trenchant memos to various government ministries advocating greater protection for construction workers, better rural education, and a more just, fair, and environmentally sustainable food policy.

Closer to the ground, many on the left are involved in worker and peasant advocacy, often with local governmental support. Examples range from the Qinghu workers’ center in Shenzhen, which offers legal and organizational advice, as well as classes in labor history, activism, and cultural activities, to assembly-line workers at the nearby Foxconn factory, to the New Workers’ Art and Theater Group in Picun, on the outskirts of Beijing, whose aim is to strengthen and consolidate an autonomous workers’ cultural sphere, to the New Village Reconstruction Movement (xin nongcun jianshe), presided over by Wen Tiejun, which aims to organize rural cooperatives, community-supported-agriculture programs, and a more sustainable peasant economy.

This stance vis-à-vis the state has not represented, in my view, merely wishful thinking or an exaggerated view of the left’s importance, although real political influence has been fairly limited. Whether this can hold is another question. Most leftists with whom I have communicated in private admit to placing less and less hope in the state, and recent moves by the state – the closing of labor NGOs in the Pearl River Delta, the closing of the Potu (Groundbreaking) website, and stricter controls on speech and debate in general – suggest to many on the left a narrowing of political possibility. Over the past five years I have met a small but growing number of young people, their politics formed by readings in Trotskyism, anarchism, left communism, or radical feminism, who place no hope in the CCP and identify themselves as anti-Maoist. Some work within Marxist-Leninist reading groups on university campuses to expand and transform the range of discussion, some have gone into factories to organize, and some seek to form communities of like-minded persons.

It is hard to predict the form that a future Chinese “new” left will take, and it is not unlikely that it will be a significantly weaker force than it has been for the past twenty years. That it will exist in some form is without doubt.

[1] I refer generally here to those intellectuals who share this broad orientation, who are based in China, and who write and speak broadly on cultural, social, and political issues, and are generally identified as “new left”, such as Wang Hui, Dai Jinhua, Wang Xiaoming, Cui Zhiyuan, Cai Xiang, Luo Gang, Mao Jian, Xue Yi, Lu Xinyu, Lu Tu, He Xuefeng, and Wen Tiejun, and less to those such as Yang Fan and Hu An’gang, also identified with the left, whose work is more strictly focused on economic matters. I do not focus on those identified with the “old left” whose public pronouncements center on a generally unqualified defense of pre-reform era politics and economics and whose writing is considerably less nuanced than the “new left”.