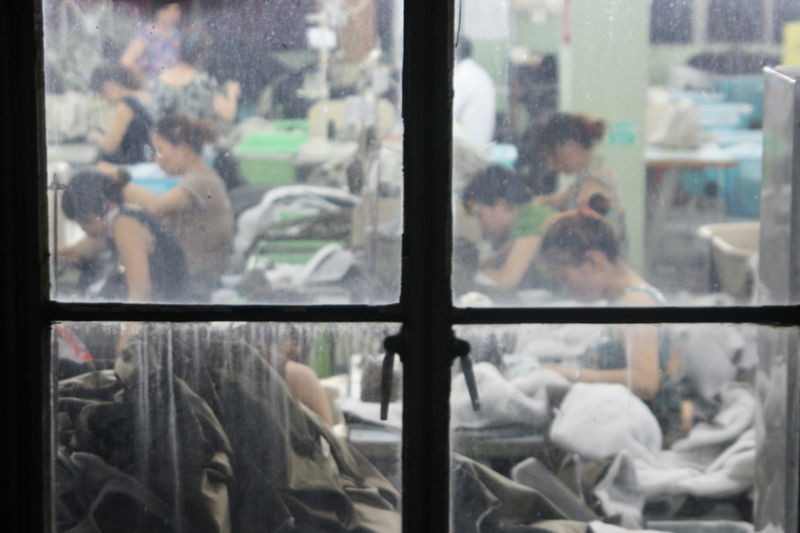 In April 2014 more than 40,000 workers staged a walkout at the shoe producer Yue Yuen (YY) in Dongguan, which is part of Pou Chen Group, a large Taiwanese conglomerate. The strike lasted about two weeks and caused losses of tens of millions of US dollars. The conflict was the flashpoint of a renewed wave of strikes in the southern Chinese province of Guangdong. The YY strike was not only the region’s biggest industrial conflict of the past decade, but was also marked by new conflict actors and issues. In contrast to events at Honda Nanhai 2010, the most significant strike of the previous wave, workers here were mostly middle-aged and older, and were also striking in a labour-intensive, export-oriented industry embedded in the lower part of a buyer-driven global commodity chain. Leading to the strike, the site had experienced wage stagnation after undergoing waves of downsizing through production relocation to other regions such as Vietnam.

The strike was triggered by pension fund embezzlement. YY had not contributed enough money towards social insurance because the company calculated pension contributions based on the official minimum wage rather than the net wage. Ultimately, this meant that many employees’ pensions were substantially lower than expected. The affected group reacted with alarm, fearing downward social mobility. Paradoxically, this conflict was fostered by the expansion of social rights by the state and the workers’ willingness to fight to ensure their interests. They sought to protect legally mandated social insurance brought about by the reform of the social system in 2011 (introduction of an insurance system) and 2013 (legalisation of transferring entitlements to other provinces).

Social security became a conflict driver due to the biographical composition of the workforce. Most of the employees were migrant workers and about three-quarters were women. Workers received little training and despite relatively high turnover the plant had a comparatively large permanent staff comprised of mostly middle-aged and older migrant workers with 10+ years’ experience. We find that the interaction between age and social benefits is creating a pattern of insecurity which leads to conflict. Based on our interviews, we have been able to establish that migrant workers’ occupational biographies are divided into two stages separated by a transitional phase. Younger migrant workers tend to find jobs in pursuit of better working conditions and higher incomes relatively quickly. In a study conducted at Tsinghua University in 2013, the authors found that young migrant workers remain in a particular job for less than two-years on average. By systematically job-hopping, workers gradually improve their position on the labour market. These workers’ motivations for doing so tended to be similar, and almost always included monetary improvements of less than 100 renminbi, improved working conditions or shorter working hours.

Preferences change over the course of a worker’s life. The desire to start a family compels migrant workers to seek more stable conditions as frequent job changes are no longer viable. One worker explained to us that the ‘working experience depends on age. I’m an old-mature person. I used to play all the time instead of working seriously. And now I think a lot. So I want a more stable job now’. Another worker explained why she chose her particular workplace: ‘There is no overtime. Even if we have to do overtime, it won’t be too late so I can go home to my son. It also pays social security and there is not too much working pressure’. In short, as these workers grow older, factors such as a secure income, good relationships with colleagues and social benefits become more important.

This transitional stage is crucial. During this period, negotiating power on the labour market is still high enough to choose between jobs. When workers reach their late thirties, however, a new phase of life begins. The dream of returning to the countryside is no longer realistic. Stable employment relations are vital as many workers are now parents. Their negotiating power on the labour market has also diminished with age. As Guangdong is currently undergoing massive industrial transformation, choosing a stable company is particularly important. Many older workers are uneasy with regard to their occupational future, as prospects for new work are bleak. Increasing pressure in the labour intensive export industries has lead to bankruptcies and plant relocations. An NGO activist reported on a shoe factory in Shenzhen in which 20 workers were laid off due to restructuring. In the aftermath, an older worker tragically committed suicide.

This is also why the issue of pension contributions is growing in importance. Workers are thinking more about their living arrangements in retirement. Stability in terms of formal employment relations is instrumental as wage-earners must contribute for a minimum of 15 years before being entitled to a pension. The reliance on pensions is exacerbated by the fact that most migrant workers do not earn enough to accumulate financial savings. The fear of not having a form of insurance and the possibility that their own children will not always be able to support them was frequently voiced during our interviews. A worker in a jeans factory described her situation as follows: ‘I’m afraid that my children would not take care of me. I’m not so sure I can save enough money to take care of myself, but at least I have my retirement money’. A subjective recognition of precarity arises amongst wage-earners in old age, and is further aggravated by the difficult economic situation many export-companies currently find themselves in. Whether or not these migrant workers fall through the cracks depends on social security systems and rural family networks.

Precarity as a driver of conflict is likely to persist as older workers face bleak prospects as they approach retirement. The strike at YY was only the start of this struggle. Subsequent months witnessed multiple outbreaks of conflicts that followed the same pattern: in December 2014, 2,500 workers at the Guangzhou Panyu Lide Shoes Co went on strike, followed by 5,000 workers at Stella Shoe Co in March 2015. According to China Labour Bulletin’s strike database, these new issues have shaped labour relations in Guangdong since 2013. Social insurance (11.9%) and plant relocations and mergers (11%) are increasingly becoming important motivations for worker action. Accordingly, besides offensive wage struggles, struggles for the protection of potential losses from the process of economic modernisation are becoming more frequent. The implications of this new dynamic are not yet clear. However, it is likely that missing social insurance payments will lead to more strikes.