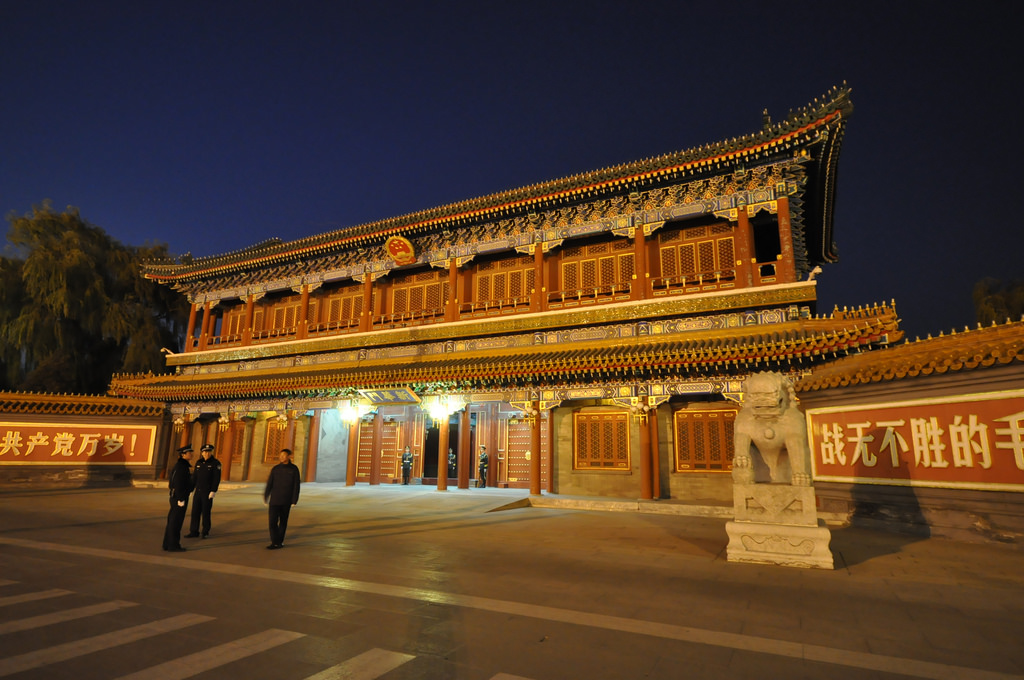 Beginning with the release of David Shambaugh’s March 2015 op-ed in the Wall Street Journal, which discussed the “coming Chinese crack-up,” a heated debate has emerged over the over the CCP’s potential collapse, flowing into an ongoing discussion in academia over the CCP’s fragility or resilience since the mid-1990s. Much recent discourse has cantered on the rise of Xi Jinping and his efforts to boldly reform the party-state. This has involved consolidating power by creating and chairing key working groups related to economic reforms, internal security and national defence, and the Internet; rolling out reforms to the household registration (hukou) system, family planning, labour camp system, judicial system and state-owned enterprises (SOEs); and most controversially leading an extensive anti-corruption campaign, investigating 180,000 officials at all levels of government, including 36 at or above the rank of vice minister and a vice chairman of the CMC (Xu Caihou) and a retired member of the Politburo Standing Committee, Zhou Yongkang.

This growing assertiveness and consolidation of power in the Presidency can be perceived as a testament to Xi’s confidence in the party and his position, namely that the CCP is ready to challenge vested interests resistant to reform and implement much needed structural changes in the economy and system of governance. Alternatively, these efforts can also be understood as a reaction to the party’s gradual deterioration in the face of factionalism and corruption, suggesting the increasingly fragility of the CCP’s grip on power.

The protracted longevity of the CCP party-state over the last three decades has relied primarily on maintaining an effective system of “multilateral threat management.” The party leadership has effectively balanced “vertical” threats from popular challengers with “horizontal” threats from insiders. This has occurred largely through two institutional adaptations. The first has involved decentralization – transferring administrative powers, fiscal resources and control over internal security from the Center to the subnational units. The decentralization of coercion has diminished vertical risks but created the potential of horizontal challenges from regime insiders. The potential of horizontal challenges has necessitated a second institutional adaptation, a merit-based cadre management system. Central leaders have implemented a “rule by mandates” in which cadres are rewarded or punished on the basis of Center-determined performance objectives, such as the achievement of benchmarks associated with items such as economic growth, social stability and fulfilment of the one child policy. Through this system, local cadres have enjoyed significant autonomy in local decision-making but been compelled to pursue the priorities of the Centre.

The ongoing survival of the regime has required “continuous adaptive change” to governance institutions. It has also involved a dynamic process in which “contingent leadership choices” can “either strengthen the effects of formal institutions on resilience or lead to institutional crisis.” In the case of China, the post-Maoist CCP has seen the threat management system – characterized by merit-based cadre rotations and extensive decentralization – corrode over time and produce unintended consequences.  By the early 1990s, the decentralizing reforms of the 1980s resulted in declining central revenues, inflation related to overheated local economics, and the increasing recalcitrance of local officials vis-à-vis the Centre. Such developments prompted a first major intervention by the Centre in the early-to-mid 1990s. This came in the form of a recentralizing 1994 tax reform that reallocated the lion’s share of revenues to the Centre and the removal or transfer of a large number of subnational officials. While revenues were re-centralized, decentralization in the area of government expenditures and the reforms to the cadre management system developed during the 1980s were left intact.

Xi Jinping’s recent anti-corruption campaign, efforts to reform Local Government Financing Platforms (LGFPs), and efforts to consolidate personal power within the party constitute a second major intervention by central authorities. This intervention is designed to the address problems that were not effectively resolved in an initial central intervention of the 1990s, such as corruption and factionalism. In line with concerns about contingent leadership choices, the current Xi administration is also intervening to adapt the system in response to the unintended consequences of first intervention in the mid-1990s. Namely, the recentralization of government revenues amidst tax reform in 1994 led to expanding local government budget shortfalls and a growing reliance on extra-budgetary financing vehicles (LGFPs) and land seizures. Land seizures have contributed to rising unrest, which has in turn required growing local investments in public security, further straining local budgets. The continuing rule by mandates associated with the cadre reform of the 1980s and addressed only through the circulation of cadres in the 1990s, alongside the more recent use of extra-budgetary revenue-raising practices has made uncovering hidden actions at the local level difficult for central authorities, resulting in recurrent official corruption and malfeasance. Such problems have prompted recent efforts by the Xi Jinping administration to reassert central authority over local officials through an aggressive anticorruption campaign and proposed reforms to local government financing.

This suggests that authoritarian resilience is a dynamic, complex process. It involves the simultaneous management of vertical (popular) and horizontal (internal) threats, and continual institutional adaptation and reform to address new threats. However, each adaptation and leadership choice in turn reshapes the political landscape, creating new and often highly unpredictable challenges in the future. The following article investigates the Xi administration’s ongoing effort to address emerging weaknesses in the CCP’s threat management system, namely rampant and corrosive official corruption and an emergent budget crisis among local governments, finding that these current efforts may in effect contribute to significant re-centralization in the regime. If such reforms weaken the ability of subnational authorities to autonomously address social unrest at the local level, they may expose the party to vertical threats in the form of nationally-coordinated social unrest in the near or medium-term future.

Steve Hess is an Associate Professor of Political Science at the University of Bridgeport. He is the recent author of two books Charting the Roots of Anti-Chinese Populism in Africa, co-authored with Richard Aidoo (New York: Springer, 2015), and Authoritarian Landscapes: Popular Mobilization and the Institutional Sources of Resilience in Nondemocracies (New York: Springer, 2013). His research interests include contentious politics in non-democratic regimes and Sino-African foreign relations. This article is an excerpt of longer research article titled, “Decentralized Meritocracy: Resilience, Decay, and Adaptation in the CCP’s Threat-Management System,” published online in Problems of Post-Communism in May 2016. Image Credit: CC by Jorge Láscar/Flickr.