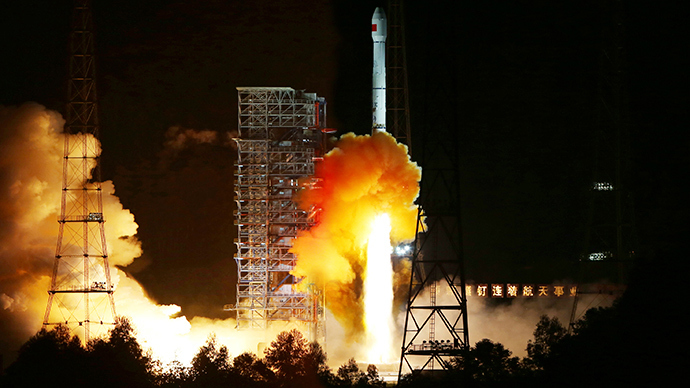 An American analyst first translated the Chinese word shashoujian as meaning “Assassin’s Mace” in 1999, though linguists ascribe it multiple, often innocuous, meanings. By 2004, the Pentagon and security analysts speculating on China’s weapons development ambitions and strategies had fully and singularly adopted the “Assassin’s Mace” translation.  Not surprisingly, conjecture on what such an “Assassin’s Mace” might look like followed, often related to a game-changing space capability.  While no Assassin’s Mace has yet emerged, its potential has given political and accompanying financial support to high-price, high-risk missile defense programs, space weapons programs, and general anti-China rhetoric in the United States.

China’s secret space weapon is not a piece of hardware or a technology. Rather, it is tenacity and patience that are creating the perception of usurping the US as the global leader in space, largely but not exclusively through human spaceflight capabilities. China has been developing a human spaceflight program for over 25 years, is expanding its space science program in attention-grabbing ways, is expanding its aerospace industry to serve national needs and become internationally competitive, and seems to be learning how to pursue its military space ambitions within internationally acceptable lines.

Meanwhile, China has also been conducting a robotic exploration of the Moon through its Chang’e program. Each Chang’e mission increases in sophistication, with future missions to include use of a new Long March 5 rocket under development. There has long been speculation that once China successfully demonstrated all the necessary capabilities through Project 921 and Chang’e, it would announce a human mission to the Moon. Chinese officials acknowledged such a mission is currently under consideration at the October 2016 meeting of the International Astronautical Conference in Guadalajara, Mexico. These activities keep China at the forefront of global media and public attention.

In September 2016, China began operating the world’s largest radio telescope, the Five-hundred-meter Aperture Spherical Telescope (FAST). Given the telescope’s size and capabilities, scientists from all over the world will be interested in cooperative utilization programs, providing credibility and legitimacy for the Chinese space science program and building China’s knowledge base. Also, increasing its space science capabilities increases China’s chances of winning a prestigious Nobel prize. Research at the Arecebo telescope in Puerto Rico, formerly the largest radio telescope, led to a 1993 Nobel prize in physics.

In order to achieve its ambitious plans, China has developed an indigenous aerospace industry so as not to be reliant on other countries. While China originally, for example, bought space suits used in extra-vehicular activities (EVAs, or space walks) from the Russians since it had no prior experience with life support systems, now China uses its own suits. Regarding large spacecraft, the growing capacity of the Chinese aerospace industry clearly supports the broad programmatic ambitions. A massive new factory in the port city of Tianjin was completed in 2013 with the floor space estimated at about 100,000 square meters, or 1.08 million square feet. It is large enough to build and test modules for China’s space station, large military satellites and satellites for domestic use.

Chinese ambitions include acquiring the same kind of military space capabilities that have become integral to modern military forces. Since 90% or more of space technology is dual use, meaning of value to both civil and military space activities, China considers development of space capabilities as offering a high return on investment. China recognizes that the benefits the US received from the Apollo Program were broad – including boosting industrial capabilities, student interest in science, technology, engineering and math fields, international prestige, highly-skilled jobs, and development of military space capabilities  – and seeks them all. It is development of the military capabilities that are of most concern to the US, since the US has largely enjoyed dominance in space since the end of the Cold War. But physics and engineering are the same in Beijing, New Delhi and Seoul as in Moscow and Washington, inherently leading other countries to desire the same military benefits of space long held by the US, potentially including anti-satellite (ASAT) capabilities.

In 2007 Beijing irresponsibly tested an ASAT in the upper regions of Low Earth Orbit (LEO) by kinetically destroying one of its own moribund satellites, creating a debris cloud that will dissipate toward Earth through valuable and highly populated orbits over years. The international community rightfully condemned China for that action. Since then, however, China has not tested any ASATs. Instead, in an approach likely learned from watching the United States, China conducts missile defense tests, involving essentially the same capabilities. China has learned to operate within internationally acceptable rules, thereby avoiding further condemnation, beyond do-as-we-say-not-as-we-do complaints from the United States.

Chinese technology is not outpacing the US by any measure. Therefore, an argument can be made that the changing perception of space leadership is not so much a function of what China is doing, but what the United States is not doing. Certainly it is the case that Chinese human spaceflight activities would not garner near so much attention if the US were actively pursuing near-term, non-routine (as ISS missions have become to the public) human spaceflight missions as well. But the reality is, it isn’t. So even though China isn’t doing anything that the US hasn’t done forty years ago, and faster, and with new rather than evolved technology, a perception of Chinese leadership is created by their persistence and long-term approach.

The US, through NASA, has had an underfunded Journey to Mars program with a timeline beyond the short American attention span for several years (though President Obama recently began highlighting it as though new). US civilian space ambitions have been forfeited, with the US military space program and its drumbeat regarding space warfare consequently becoming America’s flagship space program. Ironically, during the Cold War, it was the US that appeared to have the peaceful, exploration-oriented space program while the Russian program was seen as more militaristic. Now, it is the US program that appears more militaristic, while China appears to be primarily pursuing civil development and exploration goals.

China will benefit considerably from its tenacity and patience. It has built a space program projecting endurance and leadership. That will have important regional and global geopolitical and geo-strategic implications since leaders become the partner-of-choice.

Joan Johnson-Freese is a Professor of National Security Affairs at the Naval War College in Newport, RI, and the author of Space Warfare in the 21st Century: Arming the Heavens (November 2016). Image credit: CC by Day Donaldson/flickr.