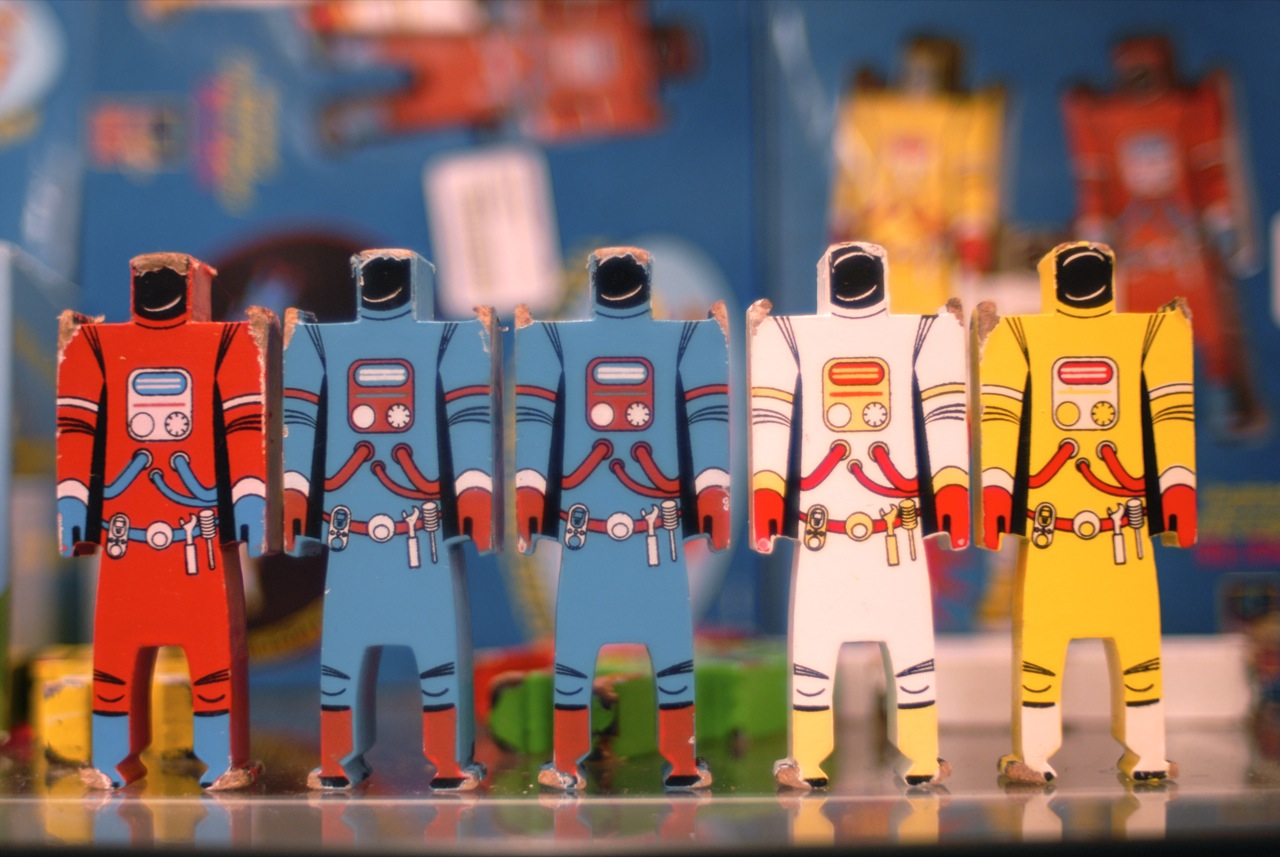 After a hiatus of more than three years, taikonauts are once again in orbit for the longest and most complex space mission China has ever embarked upon. The spacecraft carrying astronauts Jing Haipeng and Chen Dong lifted-off from China’s Jiuquan spaceport in Inner Mongolia on 16 October 2016. After separating from the rocket’s upper stage, the spacecraft orbited around the Earth for two days and then successfully docked with the country’s new space laboratory. The two taikonauts will now remain in the module for one month, conducting a series of medical and scientific experiments as well as public outreach activities, before returning to Earth. The successful execution of the mission represents a formidable feat for China but, in fact, it is just one part of an even more ambitious and decades-long programme whose roots date back to the beginning of the space age.

China’s first plan to send humans to space was drafted by the Central Special Committee of the Chinese Communist Party (CCP) as early as 1965. Known as Shuguang-1 (Dawn-1), the plan was officially approved by Chairman Mao Zedong and Prime Minister Zhou Enlai soon after the successful launch of China’s first satellite in April 1970. However, due to the intense political and socio-economic turmoil during the Cultural Revolution, the programme had to be put on the backburner. It was eventually revitalised in the early 1990s under the leadership of Jiang Zemin with the codename Project 921. The plan, as approved by the Politburo of the CCP in September 1992, was composed of three stages. And despite some delays and rescheduling, it remains the same roadmap today, almost 25 years later.

The first stage, which started in 1992 and culminated with the historic flight of Yang Liwei in October 2003, was intended to lay the foundations for manned space missions in Low Earth Orbit (LEO) on board the Soyuz-derived Shenzhou (Divine Vessel) spacecraft. The second and current phase foresees the development and testing of the techniques and technologies required for building a space station, including extra-vehicular activity (EVA), orbital rendezvous and docking operations, and the construction of two temporary man-rated space laboratories serving as technology demonstrators for the future station. The first Tiangong (Heavenly Palace) was launched in June 2011 and is now decommissioned – although it remains far from clear whether China will be able to properly manage its re-entry; the second space laboratory was launched in September 2016.

In the third and final phase a 90-tonne, three-module, space station will be constructed in LEO at an altitude between 340-450 km. The space station, which will consist of a core module and two experiment modules, will be capable of supporting a crew of three astronauts living and working in orbit continuously. Crews will be ferried to the space station on board the Shenzhou spacecraft every six months, while an unmanned cargo vehicle named Tianzhou (Heavenly Vessel) will refuel and resupply the station, which will have a lifespan of approximately 10 years. The core module is scheduled for launch in 2018 and the completion of the station is currently expected by 2022. Interestingly enough, informal plans already abound for more daring human exploration missions beyond LEO in the next decades.

Remarkably, China’s impressive achievements and long term-objectives have increasingly fuelled speculations and debates about its alleged ambition to catch up and even challenge US space leadership with a new space race, one that this time could likely signal the passage of the relay baton to China in the technological and geopolitical world hierarchy. Despite its currency within the media and part of the international space community, this historical analogy proves rather simplistic, not to say misleading.

For one thing, framework conditions in which worldwide space activities are nowadays embedded have tremendously changed, as inter alia evidenced by their increasing institutionalisation, globalisation and regionalisation tendencies. In addition, by analysing Chinese space efforts through the lenses of US-China relations, this interpretation inevitably overlooks the multifaceted political, technological, and socio-economic objectives guiding the country’s space activities, the majority of which have an overwhelming internal dimension. Even when focusing on the geopolitical considerations on the international stage, a simple look at the evolution of China manned spaceflight programme would reveal that Chinese political leaders have never felt compelled to achieve any of its goals by a specific deadline or before other countries. Rather than a race properly, China’s human spaceflight programme has followed a marathon approach, characterised by considerable caution and an economic, yet purposeful, pace of development that was rewarded with a relatively high rate of success.

What is more, unlike its Soviet counterpart during the 1960s, China has never shown interest in an open competition, nor has its underlying purpose been that of proving its techno-nationalist superiority over an alleged rival. Space achievements were rather an indicator of the great renewal (fuxing) of the Chinese nation; hence an expression of its entitlement to get a seat at the table of great powers, yi xi zhi di, as Chinese space officials have generally put it. In this respect, it is worth noting that still in 2006, when phase-2 of project 921 was already kick-started, the then CNSA administrator Sun Laiyan stated that China would not need to construct its own space station, were it allowed to become a partner in the International Space Station (ISS). A participation that, however, has always been denied by the US because of evident national security concerns such as the inadvertent transfer of dual-use technologies that could benefit China’s military modernisation.

But even with the doors well-closed in its face, China has never seen its space efforts in isolation or competition with the space community. Quite to the contrary, in putting forward its human spaceflight programme, Beijing has increasingly tried to bring the cooperative balance into play; a strategy that, in line with its broader foreign policy agenda, was thought to be the most appropriate posture to allay the fears of the international community and establish a “more democratic” space environment, in which to advance its diplomatic interests while indirectly lessening the US influence in space affairs.

The decision to open up the upcoming Space Station to all interested countries, and not to keep it a closed club like the ISS – as Beijing’s authorities have emphatically remarked – clearly reflects this posture. More specifically, the future joint experiments with international partners or even the joint manned missions and docking of foreign modules currently sponsored by Chinese decision-makers are indeed intended to differentiate China´s benign role in space from the techno-nationalistic approach of the US and more broadly leverage space as a tool to claim the political leadership of developing countries. As a confirmation of this strategy, it is worth noting the prominent role assigned to the UN in promoting international cooperation on the CSS.

As announced during the 55th plenary session of UNCOPUOS, the China Manned Space Agency will work with the Human Space Technology Initiative led by UN Office for Outer Space Affairs to review possible collaboration schemes with developing countries in utilising the CSS. The message here is as powerful as straightforward: unlike other spacefaring nations, China is the only powerhouse willing to comply with the UN “Declaration on International Cooperation in the Exploration and Use of Outer Space for the Benefit and in the Interest of All States, Taking into Particular Account the Needs of Developing Countries”.

Quite ironically, it is this pro-cooperative stance, rather than a direct and open competition, that is posing the major challenges to the leading spacefaring nations, but at the same time, it is providing unprecedented opportunities to be harvested.

China remains open to cooperation with the West, including between the two respective space stations. But notwithstanding the remarkable overtures made by NASA Administrator Charles Bolden and the White House Office for Science and Technology Policy, the US so far has not engaged because of entrenched opposition by influential factions within the Congress. And nor have its Japanese, Canadian and European allies. This is understandable, given the worrisome issues that such engagement would potentially entail. Yet the result may well be that, in 2022, the world will have a most poignant illustration of division: China and friends operating one station, and US and partners operating another. No astronaut will set foot on the Chinese station and no taikonaut will be welcomed on the ISS. It could be an unfortunate outcome, inevitably marking out – and further prompting – strategic rivalry here on Earth.

In the ever more apparent trade-off between “a new international disorder” and “a new type of great power relationship”, there is a role that space will soon come to play. It behoves the most determined leadership of all the major spacefaring nations to proactively ensure that it will continue to serve as a tool to bridge the earthly divide rather than to widen it.

Marco Aliberti works as a Resident Fellow at the European Space Policy Institute (ESPI) in Vienna, Austria. He is the author of the book “When China Goes to the Moon…”, published by Springer in 2015. Image credit: CC by Mo Riza/flickr.
Chinese Perspectives on Space Debris Mitigation
Xi vs Deng: Stronger China, Harder Choices.