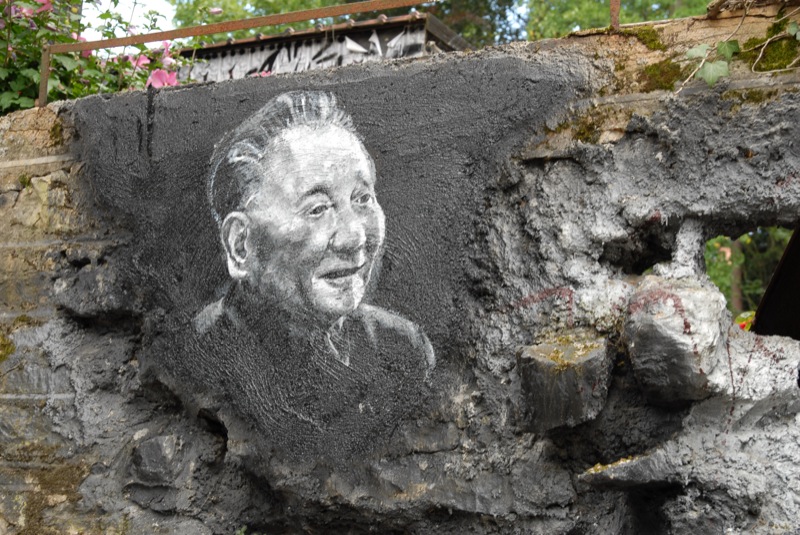 Chinese politics is increasingly revolving around China’s new strongman Xi Jinping. Xi is often portrayed as China’s most powerful leader since Deng Xiaoping, or even since Mao. Comparing the power of Xi with Deng, or Mao, is of course an interesting exercise. However, to provide more useful insight into the development of Chinese politics, as well as the power of Xi, we need to examine the different context between Deng’s launch of economic reforms in the late 1970s and Xi’s efforts to transform China’s economic growth model more than 30 years later. The most striking difference is the growing power of China which provides Xi with an unparalleled policy tool kit, both at home and abroad, but does this automatically give him more power? Examining this question, let us look at the opportunities and constraints facing Xi vs Deng in the form of systemic frameworks, bureaucracy, vested interests, expectations, the economy and the strategic environment.

At the Party Congress in November 2012 Xi was given formal control of the triumvirate the Party, the State and the PLA, and has later increased his institutional power base beyond these top three functions by heading a number of newly established policy coordinating commissions and small leadership groups. Xi’s amassment of formal political positions is unprecedented. Deng’s strong political endowments enabled him to function as China’s de facto leader without the formal position as Party leader. He only kept the position as Chairman of the Central Military Commission, and he was Chair of the Central Advisory Commission of the Party, a party elder organ later abolished. Although Xi now enjoys unparalleled formal power, this is, in theory at least, checked and balanced by the systemic frameworks of China’s political system, one of the hallmarks of the political reforms pressed by Deng.

When Deng launched reforms, China’s bureaucracy was in dire straits as a result of lengthy political campaigns and a shattered university system. Continuous administrative reforms since the 1980s have increased policy-making effectiveness and moved the Chinese bureaucracy toward professionalism. Furthermore, due to successful tax reforms and the world’s largest foreign exchange reserve, Xi has at his disposal an economic tool kit larger than most governments in the world. This means that Xi should be better able to implement his policies than any of his predecessors.

However, Xi is responsible for guiding China through the most extensive reforms of China’s growth model since Deng launched the reforms. Yes, Deng faced ideological skepticism and political opposition with regard to his reform package, but Xi has to wrestle with vested interests created by the very success of Deng’s reforms, and he has to take on this challenge as the economic growth is slowing. Implementing effective reforms and rebalancing the economy to avoid the middle-income trap without exacerbating unemployment and undermining domestic stability is truly a challenging balancing act.

Furthermore, Xi faces higher expectations than was the case for Deng. When Deng launched China’s economic reform program in 1979/80, China’s GDP was one-fifth of Japan’s, half of the United Kingdom’s, and less than one-tenth of the United States. China’s human development index (HDI) in 1980 at 0,533 is equivalent to Myanmar and Angola today. All in all, Deng’s reform program was seen as a necessity to save China and the Party, and it created a high degree of optimism in the Chinese society.

When Xi came to power in 2012, the Chinese people had experienced three decades of double-digit growth figures, and China was ranked as a middle-income country. Naturally, the Chinese people have developed higher expectations of the government’s ability to deliver on welfare and public goods. Because the public knows the government has more resources for public welfare, government failure to deliver public benefits has led to increased skepticism and distrust and sometimes social unrest which challenge the central government in new ways. By proclaiming the “China dream,” Xi has himself contributed to raising the level of expectations even higher, but this slogan also serves to promote nationalism, an enduring tool of the Communist Party used to secure stability.

When Deng emerged on top of Chinese politics, China possessed a large but outdated military force facing its arch enemy the Soviet Union across the border in the north and north-west. However, this was the zenith of the Cold War strategic triangle policy, and China sided with the other superpower, the United States. Deng’s visit to the United States in 1979 was a great success, China was ‘allowed’ to punish Vietnam for invading Cambodia, and Japan pledged large sums of development aid to China. Although China was relatively weak at the time, Deng had room for manoeuvre in his foreign policy.

In 2012, Xi took charge of the world’s second-largest economy and the second most powerful military force. Three years later, in 2015, China’s GDP was more than twice that of Japan’s, ten times the size of Russia’s, five times larger than India’s, and more than four times larger than the combined GDP of the ten ASEAN countries. These developments have altered Chinese leaders’ worldview, and increased their foreign policy ambitions. China now has the resources to build a modern navy, and launch mega-projects like the Silk Road program. As a result, the Chinese people expect their leaders to take a stronger position on foreign policy issues, one that reflects China’s new position as a great power. Increased domestic pressure on the leadership to adopt nationalist foreign policies constricts the space China has to adjust its foreign policy.

Moreover, China’s growing military power and naval ambitions is a cause of concern in many capitals in Asia, including in Tokyo and New Delhi. Both Japan and India are moving closer to the United States, and the United States is rebalancing to the Asia-Pacific. China has since the end of the Cold War outrun Russia, but with more economic and military power China finds herself engaged in an emerging strategic rivalry with the United States in Asia, in which other regional great powers are moving out of Beijing’s orbit and closer to Washington.

As China grows stronger, China’s leaders have gained a richer policy tool kit, but each policy decision also carries greater repercussions, both at home and abroad. Xi faces a more complex set of challenges and harder choices than previous leaders. These complex challenges is the very reason Xi has been given such a strong mandate, but there is a danger that power in itself becomes a larger burden than the challenges he is supposed to solve.

Jo Inge Bekkevold is Head of Centre for Asian Security Studies at the Norwegian Institute for Defence Studies (IFS). He is the co-editor with Robert S. Ross of “China in the Era of Xi Jinping: Domestic and Foreign Policy Challenges” (Georgetown University Press, 2016). Image credit: CC by thierry ehrmann/flickr.