Deng, Trump and the rise of authoritarianism 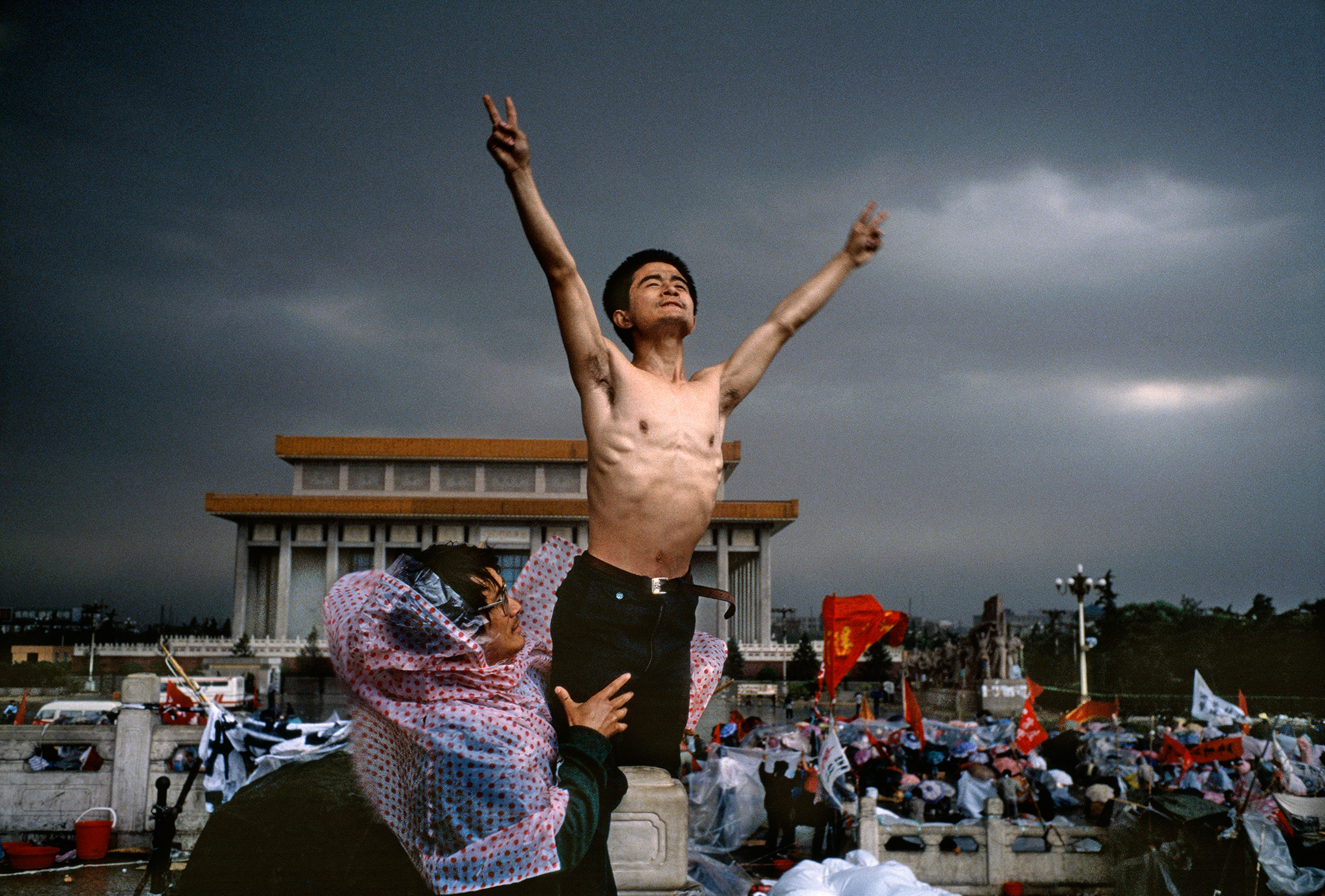 Of all the mortifying words coming out of Donald Trump’s embouchure, his comment, in 1990, on China’s crushed democracy movement is one of the most gruesome and revealing: “the Chinese government almost blew it. Then they were vicious, they were horrible, but they put it down with strength. That shows you the power of strength.” Uttered one year after the massacre of civilians around Tiananmen Square in Beijing, this statement reflects more than the mind of the would-be president and his tactical tough stance against a China that steals jobs from America. It also helps explain the essence of politics everywhere today and why liberal democracy in the United States, Europe, and beyond is in such a state of crisis.

Trump’s admiration was an early indication that post-Cold War Western capitalism no longer needed to downplay approbation for authoritarian brutality. Indifference to the suffering of others is bad enough. But, as noted by artist Ai Weiwei at the Council of Foreign Relations on 2 November in New York, the attraction between Euro-American business and dictatorial political power in ascending economies such as China has also eroded longstanding norms and universal human rights. Through his ridicule of minorities and their rights, and by offering strongman rule to restore national greatness, Trump has contributed further to the attrition of social and democratic values. Much is at stake in the U.S. But even if he loses the presidential election on 8 November, the legacy of Trump is likely to linger in the increasingly divisive politics of the United States. Modern-day authoritarianism and populism is a global pandemic. But where does the virus come from? How did it develop and spread? The answer lies in the combination of dormant yearnings for “the power of strength” and “law and order’ in all countries and the allure and rising economic power of the People’s Republic of China.

Contrary to conventional wisdom, the fall of the Berlin Wall on 9 November 1989 was not the only important political event that year. It certainly meant the end of the Cold War, but it was the late Chinese leader Deng Xiaoping’s decision to send tanks rolling into Tiananmen Square on 3-4 June that gave birth to political authoritarianism’s alliance with hard-nosed business and neo-liberal economic policies globally. His dictum in the ensuing years that “development is a hard truth” has turned out to be the defining logic of our time. Without Deng’s callous judgment, China would not have undergone the rapid market transformation that has made his country rich but unequal, open but hyper-nationalist, moralistic but immoral. The authoritarian virus has proliferated far and wide ever since the crackdown was glossed over thanks to the mesmerizing potential of the China market. On the backs of cheap and unorganized labor, Western businesses have profited and Chinese democracy remains nonexistent.

The Communist Party under its leader Xi Jinping is hell-bent on resisting “universal values” and “Western democracy” – to the extent that such values still matter around the world. The consequences of the alliance between late modern capitalism and authoritarianism are fatal. Twin pressure on welfare states from low-wage competition and neoliberal austerity has generated depressed and angry electorates, which prefer the siren songs of post-democratic populists to measured lecturing by establishment politicians. The erasure of the Beijing massacre from collective memory by the Chinese one-party state and the complicit forgetfulness by foreign interests has led to serious neglect of that pivotal rupture in world history.

For over three decades the world has underestimated the significance of June Fourth and the spread of an authoritarian, market-friendly “China model” and overestimated the durability of the liberal democratic U.S-led international order. Surprisingly, even Chinese analysts are locked into the Euro-American outlook, desperately seeking the cultural attraction of “soft power.” But as Trump’s fascination with Chinese strength illustrates, brutal power can also be influential. Missing the signs that certain Chinese ideas indeed have leverage, observers in the East and West are locked on scenarios about China’s future premised on either “collapse”  or “muddling through.” But both camps seem mistaken, as they are blind to the already existing Chinese authoritarian influence on global governance and anxious business elites worldwide. Trade patterns and the material rise of China are significant; yet more importantly, its version of authoritarian state-led capitalism has, under the radar, contributed to the re-introduction of political authoritarianism to the world and the west. And even if the Communist Party is swept away by a popular revolution, the global order that it has helped to shape will be hard to contain. Non-authoritarian, non-nationalist social democratic alternatives are still in the long process of being marginalized.

And if the Chinese party-state can avoid a hard economic landing and social convulsions, how may it further impact the world’s future? Since Xi Jinping took office as General Secretary in November 2012, observers have noted increasing levels of repression against NGOs, defence lawyers, and journalists. Xi has made it clear that order and security trump political freedom. At the same time, the further encouragement of market forces is also a top priority, as Premier Li Keqiang effused in January 2015 at the World Economic Forum in Davos: “If we could activate every cell in society, the economy of China as a whole will brim with more vigour and gather stronger power for growth.” The premier’s words mean nothing less than intensified pressure on Western markets and welfare states. Spearheaded by China and Western powers since June Fourth, 1989, neoliberal policies and political authoritarianism have cemented a paradigm that continues to erode democratic rights and values.

This paradigm is prone to shaping a global future of “ordered freedom” – as the national projects of China, Hungary, Russia, and Turkey suggest. The Hungarian leader Viktor Orbán has openly lauded Chinese authoritarianism as an illiberal success story. Other former Soviet bloc countries such as Poland, follow suit. In time to come, liberty may not be separate from, but the outcome of, a watchful security state that exhorts competition between individual “market cells,” implements austerity measures, and extolls data-driven surveillance of a docile civil society. Thus, state-sanctioned marketization and securitization are gaining ground every single day, whereas civic space is shrinking, and faith in the idea of democracy is failing. The missing piece in the puzzle of modern-day authoritarianism is its material-economic and ideological origins and development in China – a phenomenon hailed by Western cheerleaders impressed with its powerful results.

With China’s growing influence, Deng Xiaoping’s message that “development is a hard truth” now conveys the infectious logic of our contemporary world, characterized by cutthroat competition and fiscal austerity from which electorates find solace only in the messages of strongmen like Trump – to the ruin of liberal democracy.

Johan Lagerkvist is Professor of Chinese Language and Culture, Stockholm University and author of Tiananmen Redux: The Hard Truth about the Expanded Neoliberal World Order, New York: Peter Lang, 2016. He is a non-resident Senior Fellow at the China Policy Institute.