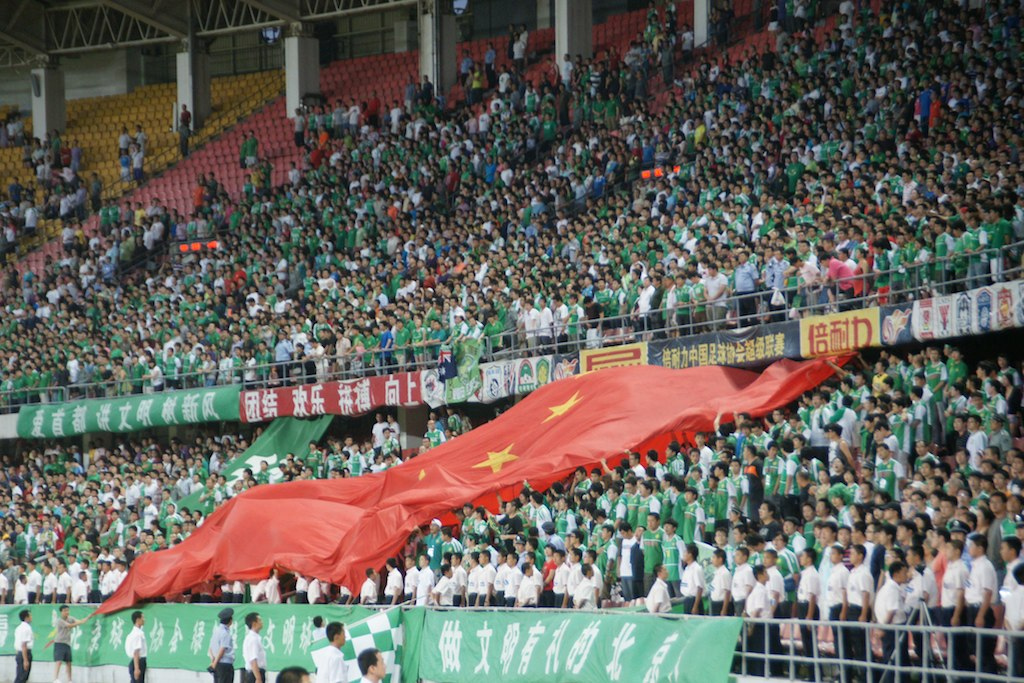 It is now two years since President Xi Jinping announced his vision for the Chinese sports industry: to create a domestic economy worth $850 billion by 2025. The vision is epic in scale: the most generous estimates of the current global industry are around Xi’s target for China.

Since November 2014, the world’s attention has focused on the development of football in China, which is hardly surprising given Xi’s proclamation that the sport should drive the country towards its sporting goals. China has embarked on a high profile programme of football-related acquisitions, from high profile stars to play in the Chinese Super League (CSL) to investing in European football clubs such as Atletico Madrid and Manchester City.

Football though, is a means to an end for China, not necessarily an end in itself. In Great Britain, where the sport economy has been estimated to account for 1.5% of Gross Domestic Product (GDP), Premier League (PL) football makes a significant contribution to this figure. Indeed, a recent study found the PL generates £2.4bn in taxes per annum, as well as sustaining more than 103,000 jobs and adding around £3.4bn contribution to GDP.

Economically and industrially, it therefore makes sense for China to actively engage in football as a key driver in the pursuit of its vision. The aspirational Chinese sport economy extends way beyond this, and the last two years have represented what some people have referred to as ‘the start of a five year golden period for sport’.

Already, this period has seen Chinese sportswear brands (like 361 and Anta) beginning to flourish, new online sports services being established (such as Lazy Bear), properties such as Ironman Triathlon being acquired by the Wanda Corporation, and sponsorship deals being signed (Ali E-Auto’s deal with the FIFA World Club Championship being one example).

Although China re-entered the global sporting arena three decades ago and staged the summer Olympic Games in 2008, this latest focus on sport marks a more deliberate, strategic attempt to utilise sport for a number of purposes. Economics and industry aside, China also sees sport as a means through which to exert soft power influence around the world.

This is why football has come to symbolize Xi’s vision for sport, as it has a seductive appeal across the world. Moreover, China is already well-versed in the use of football as an instrument of soft-power. The country’s use of stadium diplomacy in Africa, most potently symbolized by its construction of venues for the 2011 African Cup of Nations in Angola, is one previous example of this.

At the same time, China appears somewhat paradoxically to be in the midst of both a health and fitness boom, and an obesity epidemic. Investing in sport has helped to crystallise the agenda around both of these issues. Similarly, China’s predisposition towards entertainment and its deepening love for social media is providing opportunities for sport to generate content that users crave.

The diverse nature of China’s vision for sport appears to be reflected in the similarly diverse nature of the country’s organisations now investing in sport, both domestically and overseas. Domestically, real estate corporations have shown a particular interest in sports investment opportunities. Arguably the most significant reason for this is that real estate and property companies are effectively dependent on the state for planning permission. At the same time, in China there is intense competition for land particularly in urban areas.

Being seen to publicly support the state’s pursuit of its sporting vision is therefore one way of navigating through the red-tape thereby easing the route towards successfully securing planning permission. It also provides a competitive advantage when companies are bidding to secure use of land. It is surely no coincidence that Chinese football’s most successful recent club (Guangzhou Evergrande) is owned by a real estate corporation (Evergrande).

Real estate management seems to be much less of an issue for Chinese investors in overseas sports properties, which explains why other types of corporations have been in the vanguard of recent activity, most notably European football club acquisitions. Upon securing a 20% stake in Atletico Madrid, Wanda’s owner explained how Madrid and football would become a hub in a global entertainment axis stretching from Beijing through the Spanish capital to Los Angeles.

Wanda now owns AMC, the cinema business, as well as Legendary Studios in Hollywood, while recent rumours suggest the company is also considering a bid for Paramount Studios in L.A. Given Wanda’s additional ownership of Infront Sports and Media, and Ironman Triathlon, it suggests that Wang sees sport as an entertainment product which forms part of a vertically integrated global business empire.

Wanda’s strategy is not dissimilar to that of Suning, which owns both the Chinese Super League’s Jiangsu club and Italian Serie A’s Inter Milan. Stories continue to circulate that Suning is bidding to acquire player agency Stellar (which, among others, represents Real Madrid’s Gareth Bale). One might ask why a high-street store chain seems intent on creating an integrated football supply-chain business.

The answer is probably similar to Wanda – Suning is seeking to create a vertically integrated global business. Suning.com is one of Chinese largest e-commerce platforms, while its stores sell electrical items such as computers, televisions and so forth. Strategically, Suning’s rapid, decisive moves into football indicate that the business seems intent on creating, managing and distributing the content that fans and consumers can access via the equipment they can buy in Suning stores.

China Media Capital (CMC) is probably best known in football for its £265 million purchase of a 13% stake in English club Manchester City. City’s existing ownership structure (the club was bought by Abu Dhabi’s ruling family in 2008), implies that Chinese investment in the club has a geo-political and strategic dimension to it. Given Abu Dhabi’s oil reserves, which one assumes China would like to gain access to, the tie-up seems logical. In return, one suspects that the Gulf state’s interests in East Asia will be better served, possibly by Etihad Airways gaining access to new routes in China.

The relationship seems even more logical given that CMC is a state-backed firm, effectively an organisation that represents China’s investment interests abroad. At one level, CMC is therefore something akin to a sports sovereign wealth fund, which has been set-up to engage in long-term, revenue-generating investment opportunities. At another level, the firm appears to have been tasked with identifying properties in which to invest that are likely to have a significant impact upon China’s soft power relationships.

Two years in, China’s pursuit of Xi Jinping’s vision is up and running. However, after an initial period of intense activity, observers are looking to what happens next. Already, there has been unrest in China among football fans angry about the continuing lack of success for China’s national football teams. At the same time, fans of football clubs from Milan to Manchester are asking ‘what plans do the Chinese have for us?’ The next period of China’s great sports project faces some key challenges and demands our attention.

Simon Chadwick (PhD) is Professor of Sports Enterprise at Salford University Manchester in the UK. He is also a Non-Resident Senior Fellow at the University of Nottingham’s China Policy Institute. His research interests are located within commercial strategy in sport and in sports marketing, as well as the geo-political context within which such decisions take place. Image credit: CC by b cheng/flickr.