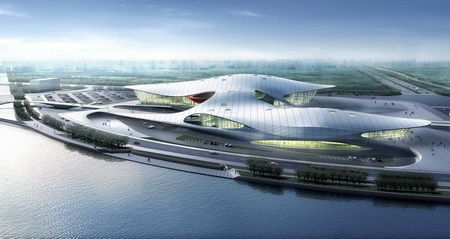 … the Triple East Asian Olympic Games … are the precursors of Asian mega events to come: sooner rather than later. The momentum … will increase year by year. The traction of the Asian engine grows increasingly more powerful and there should no doubts in Western minds that these events collectively are ascendant symbols of Asia Rising; differentially but emphatically across its nations – politically, economically and culturally…[1]

British Imperial sport (transmuted and transformed) has been a cultural global force with both direct and indirect influences, highly visible in its modern interpretations, amazingly influential in its evolutionary outcomes and astonishing widespread in its modern consequences. A major driving force in this astounding global modernization was the British Empire, ‘it ensured… the transmission of much of modern sport played in the modern way to many parts of the world where it was mostly assimilated, frequently adapted, and only infrequently rejected. The outcome has been a contemporary cultural revolution of gargantuan size. The world, at one level, is now a vast playground but its play has become much more than sport. The political, economic, cultural and emotional resonances… are stupendously deafening… sport is now part of politics, economics and culture – within nations and across nations. Modern sport played globally, politicized globally and, last but not least enjoyed globally – whatever the local variations, interpretations and nuances – … is an obsession.’[2] It owes much to the British Empire and its Homo Ludens Imperiosis.

Sport played globally, organised globally, commercialised globally, politicised globally and, last but not least, enjoyed globally – whatever the local variations, interpretations and nuances – resulted in sport-obsessed global societies with common ‘play’, pleasures and purposes. It is an obsession that will only grow in the twenty-first century. And it all began in Europe.[3] The rise of the West to a position of dominance is one of the most important developments in world history in recent centuries. All writing about the world beyond Europe has had to take the rise of the West into account, consciously or unconsciously.[4] Europeans foisted their presence on the unwilling and unprepared majority of humanity, transforming the entire world in their own image and establishing a hierarchy of prestige defined by the success of imitation. In the world revolution of Westernisation, Western political ambition and competitiveness became universal. The victorious Western self-confidence boosted by worldwide control left much of the world humiliated physically and culturally. Under the Western impact, many traditional societies lost their self-belief. However, an East Asian Renaissance is in progress not least in modern sport – potent modern instrument of soft power and more! From its zenith at the beginning of the twentieth century, Europe’s hold over Asia has dramatically weakened; by 1950, Europe was reduced to a peripheral presence in Asia, shored up only by the newest Western power, the USA, and increasingly depended on an informal empire made up of military bases, economic pressures and political coups. Europeans, and then Americans, have found that they have underestimated the Asian ability to assimilate modern ideas, techniques and institutions; the ‘secrets’ of Western power, and then to turn them against the West itself. They have ignored the intense desire for equality, dignity and status among peoples whom Europe’s most influential thinkers, from Hegel and Marx to John Stuart Mill, had deemed unfit for self-rule – thinkers whose ideas, ironically, would in fact prove highly potent among these subjected peoples.[5]

‘Once we remove the Eurocentric lens through which … international history in general has most often been viewed, central events and experiences pertaining to non-European peoples come into focus…’[6] The removal of this lens is the focus of The Olympic Games: Prism for East Asian Politics and Geopolitics: London 2012 and Tokyo 2020. It is necessary. This is the ‘The Asian Century’.[7] The shift away from the West as the focal point of modern history was one of the notable features of the twentieth century:[8] this shift is accelerating in the twenty-first century. It is true of sport – the modern global obsession,[9] and especially true of East Asian sport.[10]

Attention is focused more and more, as it should be, on non-Western nations as increasingly influential participants in world affairs – including world sport: without any doubt, now a significant political and geopolitical instrument. One distinct advantage in East and West is release from an insular Western view of the world.

Nevertheless, paradoxically, however, in modern sport a standardised global manifestation of common commitment is essential to maintain difference, to demonstrate difference and to enhance difference – in order to exude superiority: to employ a now fashionable and, in this instance, appropriate metaphor, superiority requires ‘a level playing field’. To jettison metaphor and state the matter bluntly, there has to be common sports at which to compete. Only then is ideological superiority demonstrably flaunted.[11] In East Asia, no better illustration of attempted flaunted ideological superiority can be found than in China in 2008. It ‘adopted .. . the Olympics as an important marker of its external success and as a means of asserting domestic legitimacy’.4 However idealistic the Olympian impulse, it should never be overlooked that sport is a prism through which national identity and image are refracted.[12] Iconic Olympic sports complexes and sumptuous opening and closing ceremonies were most certainly intended inter alia to eradicate images of ‘the Tiananmen Incident’.

More widely and significantly in East Asia, the global geopolitics of sport are being upended … East Asian nations in recent decades have used sport with considerable success to create assertive national identities, to promote advanced modern images and to acquire unshakable international esteem dramatically illustrated by the impressive post­ war East Asian Olympics, the recent glittering Asian Games and the escalating influence of the Asian Soccer Federation. Inexorably the ‘global empire of commerce’ is also being transformed by the sports sponsorship of wealthy East Asian corporations, … the increasing competition for Asian enthusiasts and purchasers by FIFA, MLB, the NBA, the PGA and various other Western sports organisations in pursuit of mouth-watering financial political and geopolitical influence and large and burgeoning populations guarantee it.5 There is a ‘tectonic’ shift under way. Modern sport is sliding from West to East with geopolitical, political, economic, cultural and social consequences.[13]

East Asian parity, and probable pre-eminence, in modern sport could be coming ever closer. The world of sport is now well beyond the ‘Wilsonian Moment.’[14] Sport is part of the growth and modernisation of Asian nations … sport is not just a spectacle: it is a powerful political agent (emphasis added) that generates internal and external pressures for change that are difficult to ignore, …all future hosts of the Games will know that sport matters politically (emphasis added).[15]

J.A. MANGAN, FRHS, FRAI, FRSA, D.LITT. is Emeritus Professor, Strathclyde University, and was recently Adjunct Professor, Cairns Research Institute, Australia. He is the Founding Editor of IJHS (and several other Cass/ Routledge journals) and the Cass/Routledge book series SGS: both widely considered the global leaders in their academic fields. He has held Fellowships or their equivalents in America, Africa, Australia and Europe including Cambridge, Oxford and Berkeley, and for fourteen years was a Visiting Professor at the University of California, Santa Barbara. He has lectured world-wide. Publications involving over fifty monographs and collections include the internationally acclaimed monographs Athleticism in the Victorian and Edwardian Public School: the Emergence and Consolidation of an Educational Ideology, The Games Ethic and Imperialism: Aspects of the Diffusion of an Ideal and ‘Manufactured’ Masculinity: Making Imperial, Manliness, Morality and Militarism. He is an ICUC International Academic Committee member and Special Consultant to the ICUC International Series. Professor Mangan  is currently involved in the creation of an East Asian ‘series’ on the geopolitics and politics of the region refracted through modern sport. He is the senior editor of The Olympic Culture: An Introduction. Beijing 2008: Preparing for Glory – Chinese Challenge in the ‘Chinese Century.’ Post-Beijing 2008: Geopolitics, Sport and the Pacific Rim, The Triple Asian Olympics: Asia Rising – The Pursuit of National Identity, International Recognition and Global Esteem. The Asian Games: Modern Metaphor for ‘The Middle Kingdom’ Reborn – Political Statement, Cultural Assertion, Social Symbol. The New Geopolitics of Sport in East Asia. The Olympic Games: Prism for East Asian Politics and Geopolitics (forthcoming) and Japanese Imperialism: East Asian  Politics and Sport  – Past into Present (forthcoming, title agreed with Palgrave Macmillan). Images provided by the author.

Modified extract from the Prologue by the author to The Olympic Games: Prism for East Asian Politics and Geopolitics: London 2012 and Tokyo 2020, edited by J.A.Mangan, Qing Luo and Sayuri Guthrie-Shimizu (Beijing: Communication University of China Press, 2016).

Ren Tianwei’s assistance with the presentation of this adaptation and her reflections on its content are greatly appreciated. I am indebted to Professor Dong Jinxia, Peking University for the Guangzhou images.

* The three images are of the recent 10th Asian Games in Guanzhou, China.  They are clear visual demonstrations of soft power projection. China dominated the medal table, organised a Games to equal the Beijing Olympic Games and provided hugely impressive facilities.

Tianwei REN is International Coordinator, Faculty of International Media (ICUC), Communication University of China (CUC). B.A. from Nanjing University, China, and M.Sc. from the London School of Economics and Political Science. She is a commissioning editor of the journal Global Media and China, and member of several CUC research projects and is involved in academic liaison and editing for ICUC publications. Her research interests include the construction of political and social image and identity via the modern media, particularly the media as means of national projection, representation and identity in a period of increasing acceleration of the East Asian nations to the centre of the world stage.  She is also the senior editor of Nationalism, Sport, Media: The Rise of East Asia-Soft Power Projection via the Modern Olympic Games (forthcoming).