A Taiwan Defense Blueprint for the Trump Era 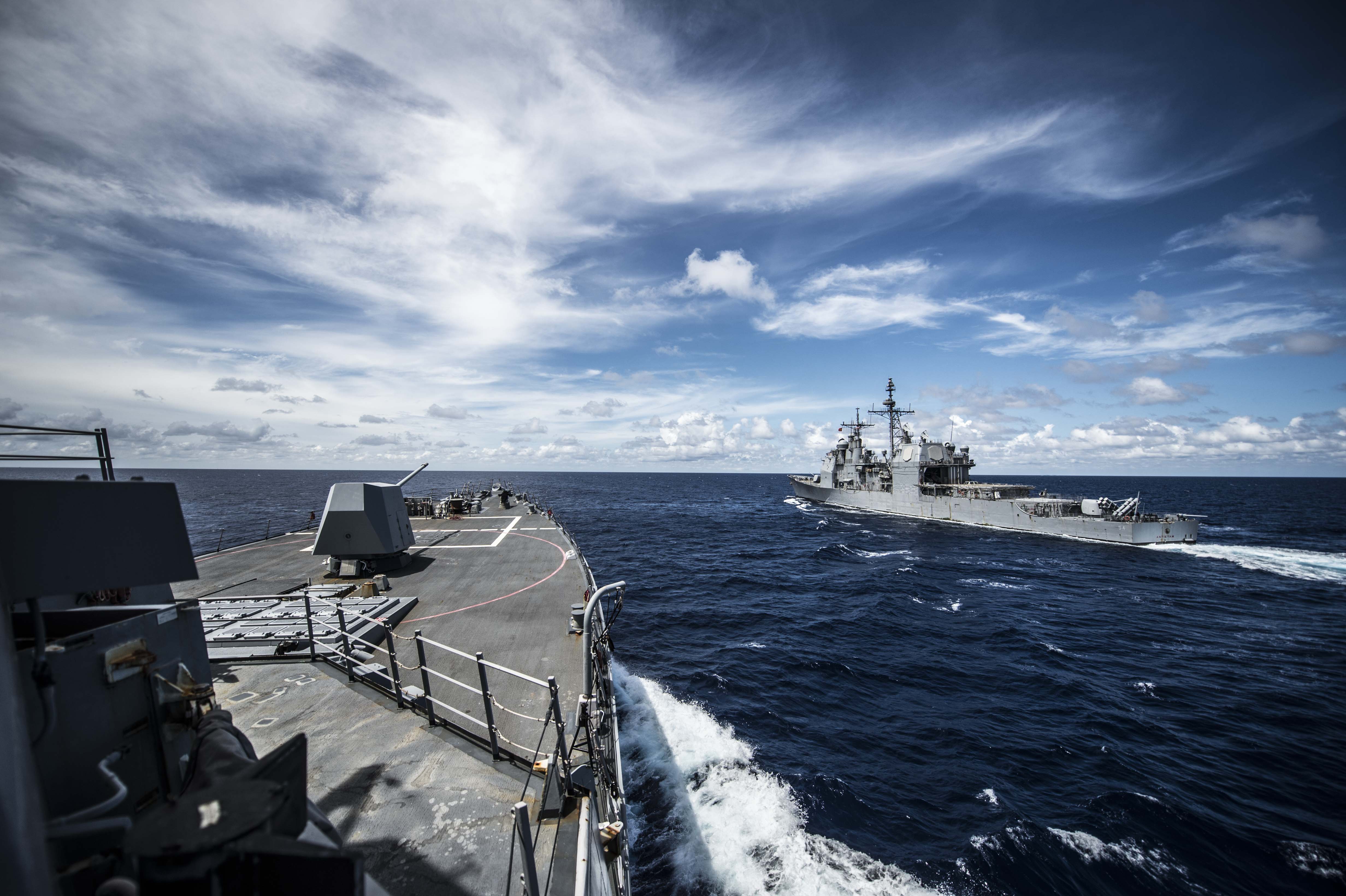 The election of Donald J. Trump as president of the United States on November 9 is expected to bring change — how drastic remains to be seen — to different aspects of U.S. policy, both domestically and internationally. Largely the result of mounting discontent with the U.S. political establishment, Trump’s successful campaign also tapped into a growing segment of American voters who want a U.S. global disengagement.

For U.S. allies worldwide, a possible winding down of the U.S. security umbrella, which has ensured stability in Europe and the Asia Pacific over the past 70 years, will be a source of apprehension. Vulnerable frontier states like Taiwan, whose continued existence as a free, liberal-democratic country next to authoritarian, expansionist and revisionist China is largely predicated on continued U.S. political support and military assistance.

Although the notion that President Trump would undo the entire alliance system that has been at the heart of U.S. foreign policy since the end of World War II is probably far fetched (among other things his transition team and government system will comprise individuals who are very much in favour of continuing support for U.S. allies) there no doubt exists a possibility that the White House may be inclined to decrease its assistance to small states that are perceived as security freeloaders—in other words, allies that are not pulling their weight in ensuring their own defense due to the expectation that the U.S. would step in should their survival be threatened. Additionally, such perceptions fuel perceptions in a segment of the American public that their country could be unnecessarily dragged into a conflict with a major regional power (e.g., Russia, China, Iran) by a small state whose survival is not of strategic interest of the U.S. Rather than risk such an outcome, the logic goes, the U.S. should abandon those small states to their fate and perhaps get a “grand bargain” with challengers in the process.

Although such rationalization for a policy retrenchment is of debatable validity, it has been a current across American society, particularly in the wake of two problematic wars in Afghanistan and Iraq, inconclusive foreign adventures that have sapped U.S. coffers and self-confidence. (For an excellent discussion of this phenomenon, see The Unquiet Frontier: Rising Rivals, Vulnerable Allies, and the Crisis of American Power by Jakub J. Grygiel and A. Wess Mitchell: Princeton University Press, 2016)

While the extent to which a Trump administration will embrace such views remains to be seen, vulnerable frontier states that wish to retain their independence must prepare for the future. And preparations for this contingency should begin now.

For Taiwan in particular, there are three areas, all related to national defense, where it can work to increase its chances of surviving a possible U.S. retrenchment from Asia.

Proponents of a U.S. global drawdown have long bemoaned what they perceived to be freeloading by members of the U.S. global security alliance. They ask why American soldiers should put their lives at risk defending countries on the peripheries of the U.S. sphere of influence if the small countries themselves are not willing to do what is necessary to defend themselves against an external threat. Although preparedness involves a variety of actions and policies, one indicator that supporters of retrenchment often look to is a country’s spending on national defense. Over the years, Taiwan’s inability to allocate at least 3% of its GDP annually to national defense has encouraged the view that its government is not serious about national security and that it probably assumes that the U.S. would intervene on its behalf. Lack of political will, along with divisions in the Legislative Yuan, have contributed to this situation. Trump’s election, along with the possibility that abandonment may be a more credible scenario than it has ever been, should create the necessary conditions for a bipartisan decision to properly fund Taiwan’s military and security agencies. Attaining the psychological 3% would be step in the right direction.

Alongside increased funding, Taiwan should work more closely with U.S. defense contractors and use its political capital to convince the White House to lift some restrictions on the transfer of advanced defense articles and technology. If the U.S. wants to pivot out of the region but doesn’t want its absence to spark instability, it will have to ensure that its former allies have the means to defend themselves, either with American-made military systems or with indigenous weapons platforms developed with U.S. assistance. Additionally, the nature of the weapons sold to or developed by recently abandoned U.S. allies will by necessity have to be more offensive in nature (i.e., “counterforce) to ensure proper deterrence, while avoiding sparking an arms race, and possibly greater instability, with the revisionist state (China).

In the absence of U.S. security guarantees, vulnerable states facing a revisionist challenger will have a choice between pivoting to China, as the Philippines and Malaysia did recently, or form regional security alliances to counter Chinese expansionism. For Taiwan, closer security cooperation will be possible, particularly with other regional states that fear U.S. abandonment and its impact on China’s territorial policies in the Asia Pacific. Japan is by far the most logical partner, and security cooperation between Taipei and Tokyo could—and should—increase by orders of magnitude. This includes, but is not limited to: joint military training, co-development and transfer of defense technology, intelligence sharing, political support, and the signing of security guarantees. Given the ideology of the current government in Tokyo and longstanding Japanese fears of Chinese encroachment on what it considers its backyard (Taiwan and surrounding areas, East China Sea), it should not take too much political capital for the two sides to commence serious talks on increasing cooperation on security. Little by little, other like-minded allies inside the “first island chain” who fear the impact of a rising China should be invited to join this new security architecture, including South Korea, Singapore, Vietnam and Australia, among others (for the time being the Philippines under President Rodrigo Duterte is out of the question).

A retrenched U.S. should also be pressed to give the green light to such regional alliances and act as a facilitator for their creation, as such groupings will exist to compensate for U.S. withdrawal from the region. Absent such coalitions, revisionist powers like China could cause serious instability by threatening to alter the status quo, which would compel competitors to harden their security posture and, in the case of Japan, perhaps embark on a nuclear weapons program. While Taiwan was never completely out of the U.S. regional security alliance to begin with, a U.S. pullback would put a premium on its existence both as a sovereign democratic state and piece of real estate along the “first island chain.”

Lastly, revisionist challengers like Beijing are likely to interpret the outcome of the Nov. 9 elections as a sign of U.S. weakness and therefore an opportunity to convince the deflated superpower of the need to make a “grand bargain.” With Trump’s business background and positioning as the guru of the “art of the deal,” Beijing may believe it has a natural ally who will be willing to abandon irritants, such as Taiwan, for the sake of better cooperation on other issues, or simply to avoid drawing the U.S. into armed conflict with nuclear China over a “small” state in the Pacific. Short of a “grand bargain,” China will conceivably increase its efforts, through diplomacy, conferences, trilateral meetings and information/political warfare, to convince the U.S. to stop selling arms to Taiwan. A handful of Chinese “think tanks,” some with likely ties to the military and/or propaganda organs of the Chinese Communist Party (CCP), have already been actively pushing such an agenda in the U.S. and elsewhere.

Facing this, the Tsai Ing-wen administration, along with academics, think tank experts and allies operating on the peripheries, will need to implement a wide-ranging public diplomacy strategy to counter the abandonment trope propagated by China, which given current sentiment in the U.S. could have more traction than it has had in the past. Taiwan will therefore need to actively engage the U.S. government, as well as the academic community and international stakeholders, to convince them of why its continued existence as a sovereign state is important to the region and to the world. Banking on emotional appeal, or on Taiwan’s intrinsic value as a democracy, will no longer be sufficient. More than ever, Taiwan will have to clearly emphasize its role as a member of the “first island chain” grouping in Asia, as a barrier to Chinese expansion into the West Pacific, and ultimately as a key determiner of the kind of China that the international community will have to deal with in the next decades. It will have to do so with the U.S., and with other like-minded allies worldwide, particularly those within the region that stands to be most affected by a possible U.S. drawdown and attendant Chinese expansion.

Donald Trump’s election injects more uncertainty into Taiwan’s future and that of the Asia Pacific, but with a clear defense strategy and a sustained public diplomacy campaign, Taipei can ensure that it is prepared to deal with any eventuality, even a possible U.S. retrenchment from Asia.

Michael Cole is a Taipei-based senior fellow with the China Policy Institute, University of Nottingham, and an associate researcher with the French Center for Research on Contemporary China. Image credit: CC by US Naval Surface Warrirors/Flickr.