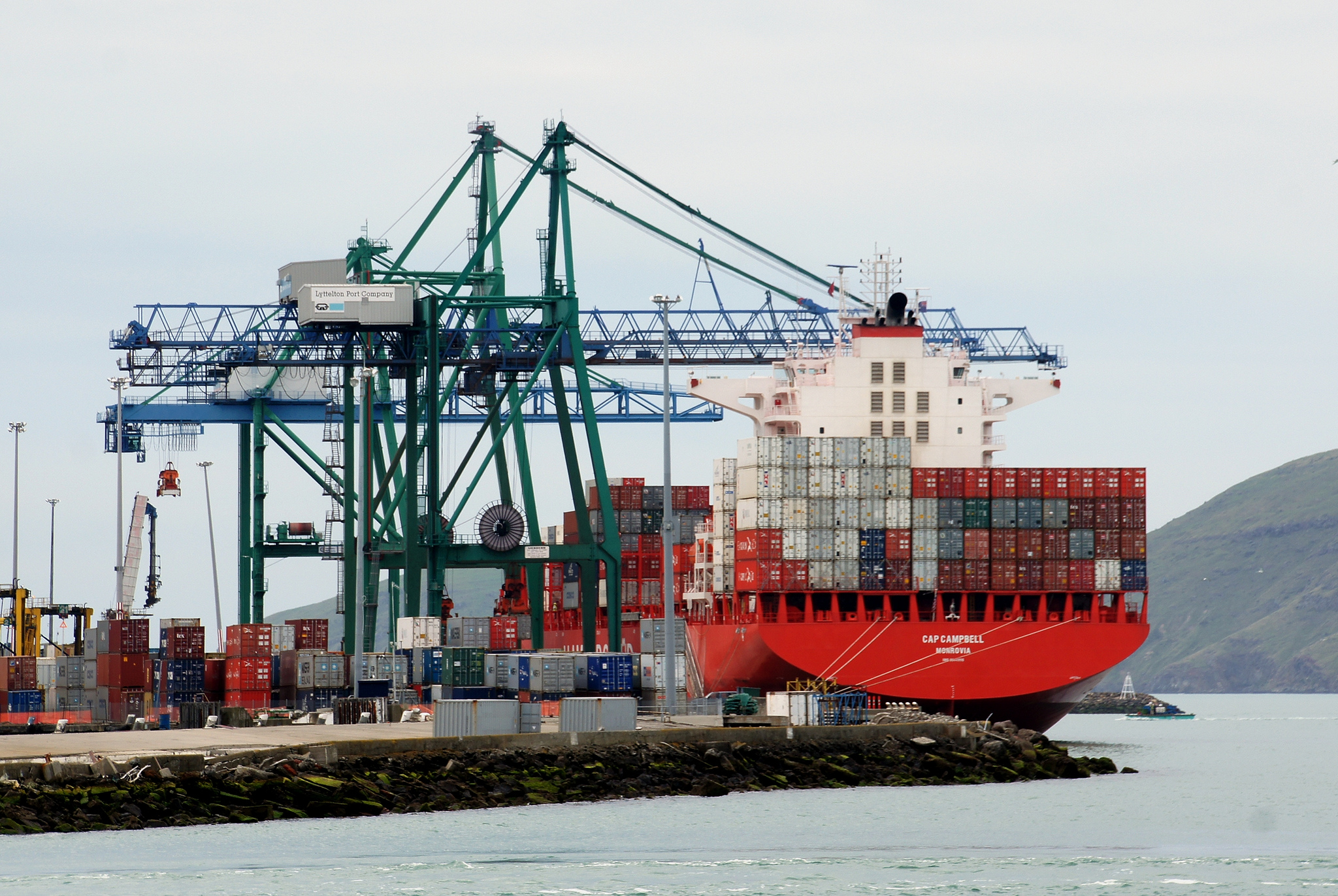 China is evolving into a real trade power. Accounting for only 3 percent of world exports prior to joining the World Trade Organization (WTO) in 2001, Chinese exports doubled to 6 percent following accession and grew to a remarkable 14 percent fifteen years later. While WTO membership has been a boon to the export industry, the multilateral process is in deadlock and further market access and rule-making opportunities can now only be found in bilateral and regional free trade agreements (FTA). It is in this sphere where China can put its mark on trade relations and regulation in the future. But it is not clear if China will fully grasp the opportunity. Despite negotiating 40 bilateral investment treaties (BITs) and 11 FTAs since WTO accession, China’s trade strategy remains a work in progress.

In a lot of ways, China’s FTA development closely resembles the path it took in the WTO – not rushing into a leadership role, but steadily building capacity and gaining confidence before asserting itself. At the multilateral level, China waited some years before it began wielding influence in meetings and negotiations and just as long before it started using the dispute settlement mechanism to bring cases against the likes of the US and EU. Likewise, China allowed the initial wave of FTAs in the early-2000s to pass it by and has since demonstrated a preference for cautious and methodical engagement with trading partners.

China’s foray into FTAs began by carefully selecting smaller countries that had supported Beijing in the past and negotiating deals of limited value and few liberalisation commitments. In time, but only after gaining valuable negotiating experience, did China move on to negotiate with more economically significant nations. Throughout this process the one constant has been China’s use of FTAs for political and strategic aims as much as for economic reasons.

China’s FTA with ASEAN was its first attempt to use trade agreements for economic, geopolitical and strategic advantage. The member states of ASEAN had long viewed China as a military and political threat, but by 2002 with its low cost production and growing logistical network China had also become an economic threat and direct competitor to ASEAN’s domestic and export markets. The ASEAN thus viewed an FTA with China as an opportunity to limit the damage, profit from first-mover advantage, benefit from China’s inevitable rise and diversity from its traditional markets of the US, EU and Japan. For its part, China used the FTA to demonstrate that its rise would be peaceful and inclusive, rather than harmful to ASEAN economies. Important too is the date, not only following China’s WTO accession but also the Asian financial crisis where many ASEAN countries believed that the US, EU and Japan left them adrift in time of need. China stepped in and wanted to be seen as filling a void.

The ASEAN-China FTA is also illustrative of China’s early trade agreements – unambitious with almost as many exceptions and carve-outs as commitments in goods and services and almost no ‘behind the border’ regulatory obligations which cut red tape and ease business operations within countries. For instance, China agreed to an initial paltry 342 tariff concessions against nearly 2000 immediate concessions in more recent FTAs with Switzerland and New Zealand. Even then, China’s concessions far short of the accepted minimum standard of offering concessions on at least 90% of 5000+ tariff lines. This is emblematic of China’s negotiations with many of its partners, including Hong Kong (2004), Macau (2004), Chile (2006), Pakistan (2006), New Zealand (2008), Singapore (2009), Peru (2010), Costa Rica (2011), Taiwan (2013), Iceland (2014) and Switzerland (2014). In all cases, China maintains long lists of so-called sensitive and highly sensitive products (i.e. almost all agriculture is excluded from China’s FTA with Chile) which shield large swaths of the economy from competition. Moreover, China’s FTAs contain sparse offerings on goods-related topics such as trade facilitation, government procurement, competition, labour and environment.

Most of these agreements yield little economic gains but are significant in that they allowed Beijing to reward some countries for longstanding friendliness and international recognition, others for declaring China as a market economy (when larger economies such as the US and EU refuse) and in the case of Taiwan, to reward a reasonably-friendly government and more closely align the Taiwanese economy with that of mainland China. In addition, all these negotiations improved China’s negotiating skills for subsequent larger, more meaningful negotiations.

More recently China has shifted tactics and become more direct in attempting to assert regional and global influence. This appears to be a direct reaction to the US-led Trans-Pacific Partnership (TPP), an ambitious Asia-Pacific focused trade pact which serves as the main component of the American ‘pivot’ to Asia. In response, China immediately backed the launch of and attempted to take a leadership role in the negotiation of the Regional Comprehensive Economic Partnership (RCEP), a trade agreement being negotiated with ASEAN, Japan, Korea, India, Australia and New Zealand. China also quickly concluded trade agreements with Australia and Korea (both 2015), re-started negotiations on a China-Japan-Korea (CJK) FTA and began pressing for a regional wide Free Trade Area of the Asia-Pacific (FTAAP) under the auspices of the Asia-Pacific Economic Cooperation (APEC). Moreover, and perhaps most importantly, China agreed to ground-breaking concessions in a yet-to-be-concluded BIT with the US which will likely re-shape the domestic economy for the better. In addition to these treaty-based agreements, China has begun to take a more active role in the promotion of its own trade, investment and strategic interests through, inter alia, the Asian Infrastructure Investment Bank and the ‘One Belt, One Road’ initiative. These efforts collectively may represent China’s own ‘pivot’ to leadership.

The real test of China’s desire to be a leader, however, is whether it can make the necessary concessions to drive through an economically significant RCEP and successfully conclude negotiations for the CJK FTA. It is far from certain whether China will rise to the occasion. China is fixated with securing investment opportunities in agriculture and the extractive industries but remains fearful of offering access to its own market and for the most part still prefers engaging with Beijing-friendly countries willing to reach politically-focused agreements with the burgeoning power. Thus, although China is seeking to play a larger role in the future of trade relations, especially within Asia-Pacific, its reticence acts as a lingering constraint on its desire to be a trade leader.

China’s trade strategy has evolved, but still appears to be reactionary. China is committed to using its increased strength and status as a trading power to win regional friends and demonstrate its ‘peaceful rise’, but the overarching objective seems to be to counterbalance the US and thus still comes off as mercantilist, self-serving and untrustworthy. Moreover, China will never counter US trade leadership so long as it is unwilling to open its economy and offer serious market access opportunities to trade partners. With the seeming demise of the TPP, the US’ status as a credible negotiating partner and reliable ally has declined, leaving a large gap to be filled. Is China ready to fill that gap?

Bryan Mercurio is Professor and Vice Chancellor’s Outstanding Fellow of the Faculty of Law at the Chinese University of Hong Kong (CUHK). Professor Mercurio is a leading expert in the field of international economic law (IEL), with a particular interest in WTO law, the intersection between IEL and intellectual property rights, free trade agreements and increasingly international investment law. Image Credit: CC by Bernard Spragg/Flickr.