A sad song of musical censorship in India and Pakistan 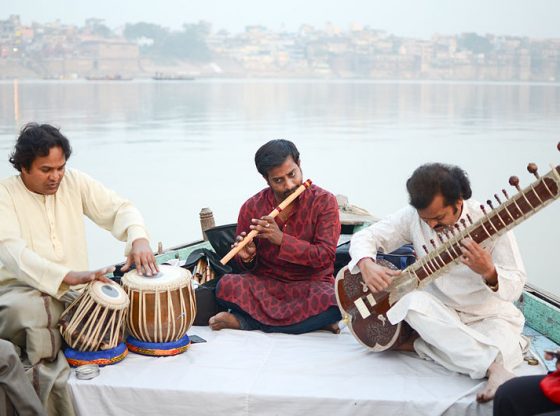 At the end of September 2016, the Indian motion picture producer’s association, India’s largest organisation related to entertainment, announced a ban on all Pakistani artists.

In retaliation, Pakistan authorities imposed a complete ban on airing Indian content on all its TV channels, including Bollywood movies.

This cultural war, triggered by the September Uri attacks in Kashmir, is far from new.

Indeed it is a sad reminder of last year, when the Indian ultra regionalist Maharashtrian-based party Shiv Sena threatened to disrupt a performance by celebrity singer Ghulam Ali in Mumbai, forcing the concert to be cancelled.

What are we to make of these episodes that occur now with depressing regularity, enjoy prime-time popularity on Indian television and then die down, only to be recalled when yet another event takes its place?

As with so many things, there is a historical explanation for the appropriation of music and performance practices as part of the nationalist project in both India and Pakistan.

As a historian, I have investigated the very complex and contested history that music in North India had with Partition – when India and Pakistan were divided in 1947. The artificial boundaries that nationalism constructed then are being reinforced to this day via these music disputes.

Until 1947, music, or more specifically classical music, in North India belonged to a complex social universe. It was written and performed in princely establishments, courts and bourgeois public spheres in cities. It was present in both Hindu Vaishnav temples and Sufi Islamic silsilas – social circles that formed around specific teachers and followers, where music was an integral channel for experiencing mystic ecstasy.

From these cultural and social milieu sprung qawwali, a form of spiritual devotional music popular to this day across South Asia.

North Indian music flourished in the 17th and 18th centuries, in virtually all of Mughal North India, which extended from Gujarat in the west to Jaunpur and Benaras in the east (the current state of Uttar Pradesh); from the Punjab to the Mughal Deccan. It was part of a composite, Indo-Islamic culture, identified then as as “ganga jumni tehzib”.

The style incorporated acoustic elements from diverse sources and rested on a multi-lingual repertoire, conveying the simplicity of both Hindu bhakti and Islamic sufi poetry.

This poetry was inspired by popular devotional movements associated with Hinduism and Islam in the 15th century, which emphasised personal devotion and the value of a teacher. It commanded diverse genres that moved reasonably effortlessly between court and kotha: a space most commonly understood as brothel, but which was also part of the popular entertainment scene.

North Indian music also adapted musical instruments from South and Central Asia to produce new instruments such as the sitar and the sarod, and improvise with new conceptions of melody and vocalisation.

This music was carefully nurtured by specialist families with access to a vast repertoire and a galaxy of brilliant teachers, finding support in small courts that persisted even after the Great Mutiny of 1857, when the Indian army revolted.

Following the mutiny, musical families were much reduced in power and stature, but found new enthusiasts among a growing middle-class gentry whose rise occurred in a new context of western education and colonial employment.

The heightened middle-class appreciation of music was mediated through the experience of modernity, which inevitably fed new anxieties about inheritance, culture and heritage that had to be projected in a way that was appropriately modern, chaste and spiritual.

Music, practised by courtesans and Muslim Ustads (teachers and masters), had to be reconciled with the new aspirations of a western-educated, middle-class Hindu society. They needed to repurpose this entertainment to suit a Hindu-accented concept of Indian-ness.

The resolution that unfolded was a series of experiments in the late 19th and early 20th century, including publishing primers on music and setting up music appreciation societies. These were initiated by nationalists and publicists such as Vishnu Narayan Bhatkhande and Vishnu Digamber Paluskar.

The societies that we mention here were early expressions of a growing middle class interest in music and its reformers who ended up assuming responsibility for music’s teaching and transmission. They also brought existing practitioners such as Abdul Karim Khan into a new regime of aesthetic standardisation and institutional support.

Ustads were persuaded to turn over their repertoire to be standardised and printed, while courtesans were marginalised in subtle and sometimes violent ways. Women were forced to give up their profession or move into new spaces afforded by the cinema, refashioning themselves in an appropriate manner as Jaddan Bai, the mother of legendary and pioneer Bollywood artist Nargis, did.

After Partition, these hereditary practitioners were asked for the first time to choose the country they would live in. It was only then that the music of the region began to bear the scars of a violent disruption and division.

What was to happen even to the naming of this practice – was it to be Hindustani classical music or ilm e mausiqi Pakistani? This was a question that cut right to the heart of the problem; a question that musicians on both sides of the divide agonised over even as they struggled to maintain claims to lineage and authenticity.

Artists moved across borders, confused by the way events transpired. Some found it easy to settle down and make a niche for themselves, such as singer Noor Jehan, who settled in Pakistan. Others found it difficult to juggle offers in India with stays in Pakistan.

Following Partition, Bade Ghulam Ali (1902-1968), the legendary singer from the Punjab and a doyen of the Patiala musical style, came back to India and was helped to acquire Indian citizenship by Morarji Desai, the chief Minister of Bombay in 1957.

There was no doubt that the violence of displacement and the zeal of the new states to prove their fidelity to national identities represented a loss for performers. Listeners too were ultimately losers, even if the politics of representation and consumption numbed them to the fractures that music and performance practice had sustained.

The debate is not framed in the same way today, but it was certainly a pressing one when Pakistan opted for a different set of musical forms and cultural symbols to define its distinct heritage.

To this day, artists from Pakistan who sing classical music find receptive listeners in India and share the general feeling that politics has very little understanding of a deeper and shared aesthetic experience. Nasiruddin Sami, a Pakistani musician, has very close links to Delhi musical traditions and is very popular in the city.

This is certainly not to argue that both India and Pakistan did not nurture new creative artists or experiment fruitfully with genres such as the ghazal in Pakistan’s case, a poetic form that consists of rhyming couplets and that has enjoyed an immense resurgence.

But we need to understand the shared nature of the subcontinent’s traditions, music perhaps being the most deeply felt. As Bade Ghulam Ali is supposed to have said:

If in every home one child was taught Hindustani classical music, this country would have never been partitioned.

Today, we live in a world that is saturated with sights and sounds that leak across borders, despite prohibitions and state posturings. In the digital age, bans make even less sense than older versions of censorship.

It appears mindless when governments speak of patriotism as some extreme form of clan loyalty, before which all sensibilities have to wither away.

Equally disquieting is that we, as consumers of infotainment, almost never seriously interrogate the banal but sinister intentions of government propaganda.

Laksmi Subramanian is a Professor of History at the Center for Studies in Social Sciences Calcutta. This article was first published on The Conversation and can be found here. Image credit: Wikipedia Commons.