International Sporting Mega-Events in China since the 1980s 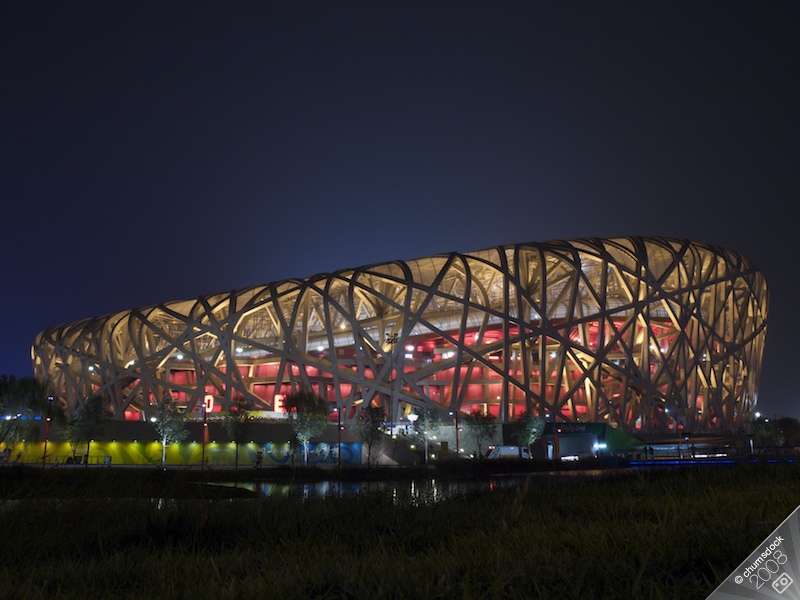 Any international sporting mega-event refers to a games in which numbers of athletes from at least two countries participate. Given that the world society often attaches great importance to the event preparations and implementation, the governments of the hosting cities in general are willing to lavish funds on (1) building athlete villages, (2) constructing sports stadiums, (3) staging torch relays, (4) producing opening and closing ceremonies, (5) renovating urban areas and (6) upgrading hotels and transportation infrastructure. Chinese metropolises, before Hu Jintao stepped down, were loyal followers of this extravagant culture, changing only after Xi Jinping’s formal accession to power in late 2012.

China’s history of holding international sporting mega-events can be traced back to the Republican era. Shanghai celebrated the Far East Championship Games in 1915, 1921 and 1927. In the 1950s, the newly established Communist regime did not attempt to obtain any hosting rights for Chinese cities and instead cut off its ties with the International Olympic Committee (IOC) and some other international sporting organizations. China, in the early 1960s, zealously supported the GANEFO (Games of the New Emerging Forces) – an international sporting mega-event initiated by then Indonesian President Sukarno with the aim of countering the Olympic movement. Beijing was later assigned to hold the 1970 Asian GANEFO. The capital city, however, forwent this hosting duty because of the Cultural Revolution.

After the end of the Cultural Revolution, China not only launched economic reforms, but also re-joined the IOC and other member organizations of the international sporting community. Beijing, in 1984, obtained the right to host the 1990 Asian Games. Given that the prime objective of celebrating the event was to display the progress of reforms to the world the Chinese government in total invested RMB 1.5 billion (USD 314 million) to renovate the capital city. Beijing’s success indeed attracted some other Chinese cities to follow suit. An example of this was Shanghai’s application to stage the 1993 Summer World University Games. It, however, was defeated by Buffalo – a low-key city in New York State in America – because of the 1989 Tiananmen Incident which triggered a worldwide political boycott of China.

To project a positive image of China on the world stage in the post-Incident era, Beijing, one year after the celebration of the Asian Games, bid to host the 2000 Summer Olympics. Meanwhile, Sydney, Manchester, Berlin, and Istanbul also respectively expressed the same hosting intention. While both the Chinese central and Beijing municipal authorities intensified efforts to lobby the voters, other Chinese local governments also assisted. Shanghai, for instance, expended a total of RMB 300 million (USD 37.5 million) to organize the 1993 East Asian Games – a newly formed sporting mega-event – for the sake of impressing the IOC members. Its hosting standard, despite gaining Juan Samaranch and his colleagues’ compliments, failed to improve the odds of the capital city in the bidding competition. Sydney eventually won the hosting rights in September 1993.

This failure did not dampen China’s determination to stage the Summer Olympics. After 3-years of extensive preparation, Beijing, in July 2001, successfully obtained the hosting rights to the 2008 Games. Since the event was leveraged for boosting the Chinese people’s national pride, both the central and municipal authorities decided to lavished upon it a great deal of attention. Consequently, the Beijing government first announced that a total of RMB 235 billion (USD 28.4 billion) would be expended to renovate the city and improve its environment from then to 2008. The foundations of the luxury stadiums, like the Bird Nest, the Water Cube and others, were subsequently laid one after another.

While the lavish organization was taking place in the capital city, Macau, one of China’s Special Administrative Regions, voluntarily expressed the wish to use its 2005 East Asian Games to pre-celebrate the 2008 Olympics. Beijing was indeed surprised by this announcement, because under the ‘One Country Two Systems’ formula, the city was not expected to do so. It was delighted by this deliberate link-up, as a fine 2005 Games would further publicize the capital city and its Olympics in the international sports community. To perfectly realize the pre-celebration goal, the Macau authorities, from 2002 to 2005, in total invested MOP 4.4 billion (USD 550 million) for constructing stadiums and upgrading unban infrastructures. The Chinese officials, after witnessing the entire process of the event staging, stated that they had learnt a lot from the experience of the Special Administrative Region.

Predictably, the 2008 Olympics cost China overall RMB 280 billion (USD 45 billion). When this 17-day ultra-sumptuous gala was confirmed to have successfully intensified the nationalist and patriotic sentiments amongst Chinese citizens, the central authorities decided that in the post-Beijing Games era, other cities in the country should continue to host sporting mega-events in an extravagant manner. As a result, Guangzhou, the capital city of Guangdong province, hosted a RMB 122.6 billion (USD 20 billion) Asian Games in 2010. Shenzhen, one of China’s Special Economic Zones, also spent RMB 14 billion (USD 2.25 billion) to operate the Summer World University Games one year later.

Although the Shenzhen Games, similarly to the Beijing and Guangzhou Games, was celebrated by the Chinese authorities as a success, four senior officials of the Shenzhen municipal government were successively arrested from 2009 and 2012 because of their involvement in graft over the event-related construction projects. Then Vice President of China Xi Jinping paid great attention to these scandals, and believed that the key to exterminating corruption in any future sporting mega-events was to cease the decades-long extravagant hosting culture in China. Therefore, after he chaired the Communist Party in late 2012, Chinese cities have been required to complete their hosting duties more frugally. Not surprisingly, through adopting a series of cost-control measures, the overall outlays of the Nanjing 2013 Asian Youth Games, the 2013 Tianjin East Asian Games and the 2014 Nanjing Summer Youth Olympics were not only under budget, but also lower than those of preceding events.

In addition, up to now, frugality has been constantly promised by both the central and local authorities as a key principle for the organization and celebration of the 2022 Beijing and Zhangjiakou Winter Olympics. It is predicable that a number of cost-saving arrangements will be launched for event-related projects in the next few years, and that the overall cost of the 2022 Games will surely be cheaper than those of the 2014 Sochi Games and even the coming 2018 Games. Nevertheless, will these frugal endeavors facilitate Xi Jinping and his administration in their efforts to rejuvenate the Chinese nation in the mid-21st century – the ultimate goal of pursuing the ‘China Dream’? We are still waiting for the answer.

Marcus P. Chu is a senior lecturer in the Political Science Department, Lingnan University, Hong Kong. He is presently working on a book project about the history and politics of sports events in the Greater China region. Image Credit: CC by chumsdock cheng/Flickr.

Space biology and China: Rethinking the space age
The experiences of Chinese Students and Returnees