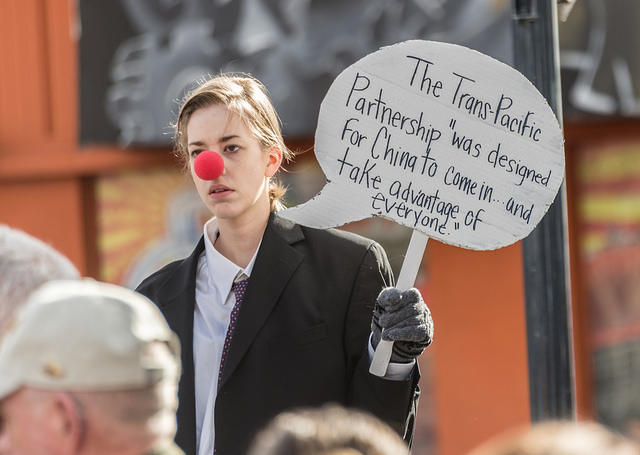 The fact we must all immediately confront when thinking about America’s future foreign policy is that we know very little. Forecasting an incoming president’s foreign policy is always a difficult task—see, for example, the promised “humble” foreign policy of George W. Bush. Speculation about Trump’s direction is even less grounded than it normally is at this juncture. It is then important to ask ourselves, what do we know and what do we not know? Otherwise, we run the risk of constructing future expectations and understandings upon current misconceptions. More importantly, expectations about Trump may influence the decisions of other states in the near future, including China.

First, we cannot count on Trump to be an “isolationist.” This common expectation is misguided and based in an oversimplification of his rhetoric, or at times vain hopes from some quarters that he might instigate a principled reform of US foreign policy. A careful look at his foreign policy speeches and his extensive interviews with Maggie Haberman and David Sanger does not support such interpretations. Trump explicitly tells Sanger that “America First” is not an isolationist policy. While it hasn’t garnered much attention, he has even stated that he supports the idea of humanitarian intervention—though only when the people being protected have been good to the US. His focus on military spending, recent reassurances to South Korean President Park Geun-hye, and reported commitment to NATO, (though strangely communicated through President Obama) indicate that a radical realignment of American strategy will not be deliberately sought.

Rather, “America First” is a critique of alleged American guilelessness, weakness, and ineptitude. It taps into the idea that the United States wastes blood and treasure on futile missions to improve the fates of undeserving foreigners and is constantly taken advantage of by “shrewd” states. Trump intuitively grasps that American foreign policy since 1945 has willingly taken on significant costs or refrained from maximizing short-term advantages in order to exercise what many Americans consider to be global leadership. To Trump, however, taking the long view and attempting to shape a favorable international environment rather than pursuing immediate gain is just playing the fool. Trump’s rhetoric generally evinces contempt for long-term, indirect, or nuanced approaches to problems.

Trump owes his victory to his recognition that many Americans are deeply dissatisfied with the economic consequences of the US-led international economic order. We can thus be somewhat certain that he will pursue a more mercantilist economic strategy—or pretend to do so—given his campaign promises to bring manufacturing jobs home to America. This has a direct bearing on China, which has frequently been singled out by Trump as the chief perpetrator of unfair trading practices, including currency manipulation. Trump laments that the US pushed for China’s membership in the WTO, and sees China’s rise as being foolishly underwritten by America at its own expense. He claims he is willing to impose steep tariffs to remedy this problem.

In casting trade relations in this zero-sum, adversarial way, Trump echoes a view that is surprisingly common among American businessmen. As Ed Luce has documented, many believe that the United States is uniquely naïve in its pursuit of free trade as a positive-sum game, leaving it at the mercy of a world that will happily exploit its folly to further their mercantilist agendas. Trump views China primarily through this lens. On the one hand, this means that he doesn’t share in Washington’s preoccupation with long-term strategic issues, and may incidentally give China some space in security matters. On the other hand, carrying out his threats of a trade war would inflict major damage upon the relationship while exacerbating the security relationship at the same time.

We can be sure, given his appointment of Mike Flynn as National Security Advisor and Mike Pompeo as CIA chief, that Trump continues to believe that terrorism arising from the Middle East is the preeminent national security issue. This is a relatively distorted and myopic view of US priorities, and one can imagine that American policies in other regions and issue areas could suffer neglect, thus permitting an unintended shift away from such long-term strategies as the Pivot to Asia. We cannot be sure, however, that this will happen, as it would depend on many contingent factors.

Underscoring this uncertainty is a recent article on China policy by two Trump advisors that comprises much of what we have to go on when making any predictions about his policy. The essay makes the case that Obama’s pivot strategy is misguided because it has been too weak and is all empty talk (many Chinese and some Americans would beg to differ). Trump’s promise to build up the US Navy’s fleet, enhance presence in the East and South China Seas, and his reported consideration of Congressman Randy Forbes as Secretary of the Navy all suggest that a more hawkish element may well have the president-elect’s ear.

On the other hand, a second article by a senior advisor, former CIA Director James Woolsey, lays out a more conciliatory approach, although one that clearly commits the US to maintaining the status-quo in Asia. Woolsey partially echoes Trump’s indifference to regime-type and ideological considerations. Being pragmatic about ideological differences leads to a recommendation for the US to welcome and cooperate with China’s Belt and Road Initiative and the AIIB. Given longstanding Chinese perceptions that Americans have never accepted the legitimacy of the PRC on ideological grounds, Trump’s explicit break with the American tradition of criticizing non-democracies could change the US-China dynamic for the better.

These observations combine to create a very uncertain picture. One outcome could be that the lack of a Trump grand strategy beyond avoiding being “disrespected, mocked, and ripped off,” will empower the forces of the status quo in security strategy to go about their business as usual, although protectionist policies will likely pose significant economic challenges for the US and the world. Another outcome could be that Trump’s instincts will lead the US to continue acting assertively on the world stage, but without embracing any of the principles that have been used in the past—at times sincerely and at others hypocritically—to justify its use of power. A wide range of approaches in between is also possible.

Given this uncertainty, how should China prepare for the near future? Many commentators have wisely warned actors like China not to formulate any strategies that are dependent on concrete expectations about Mr. Trump. The president-elect’s worldview is difficult to ascertain, and his temperament is markedly different than those of his predecessors. He overtly affirms unpredictability as a virtue of global politics, and seems genuinely to be unpredictable. Political commentators frequently fray one another’s nerves imagining crisis scenarios with Donald Trump in the Situation Room.

A second significant implication of the Trump presidency for China is much more positive. As many commentators on both sides of the Pacific have recognized, Trump in many ways promises to abandon the United States’ leadership of the international liberal order. This abandonment is likely to be limited by institutional restraints and may be reversed in the future, but it presents certain opportunities for China to further establish itself as a global leader by championing free trade and other internationalist agendas like the limitation of climate change. Fortunately, Xi Jinping has quickly recognized this and has already spoken out about Chinese leadership on both issues. While Trump’s future policies in the security realm are uncertain, his eschewal of anything remotely internationalist or progressive in other areas is relatively guaranteed by his campaign promises. This means that if Beijing can take on a global leadership role while also avoiding provoking an unpredictable Trump, it would benefit China, the world, and over the long-term, the United States as well.

Alek Chance is Research Fellow at the Institute for China-America Studies in Washington. Image credit: CC by Darron Birgenheier/Flickr.

The experiences of Chinese Students and Returnees
What now for the Rebalance?