What now for the Rebalance?

Home /China-US, Politics, US in the Asia-Pacific/What now for the Rebalance? 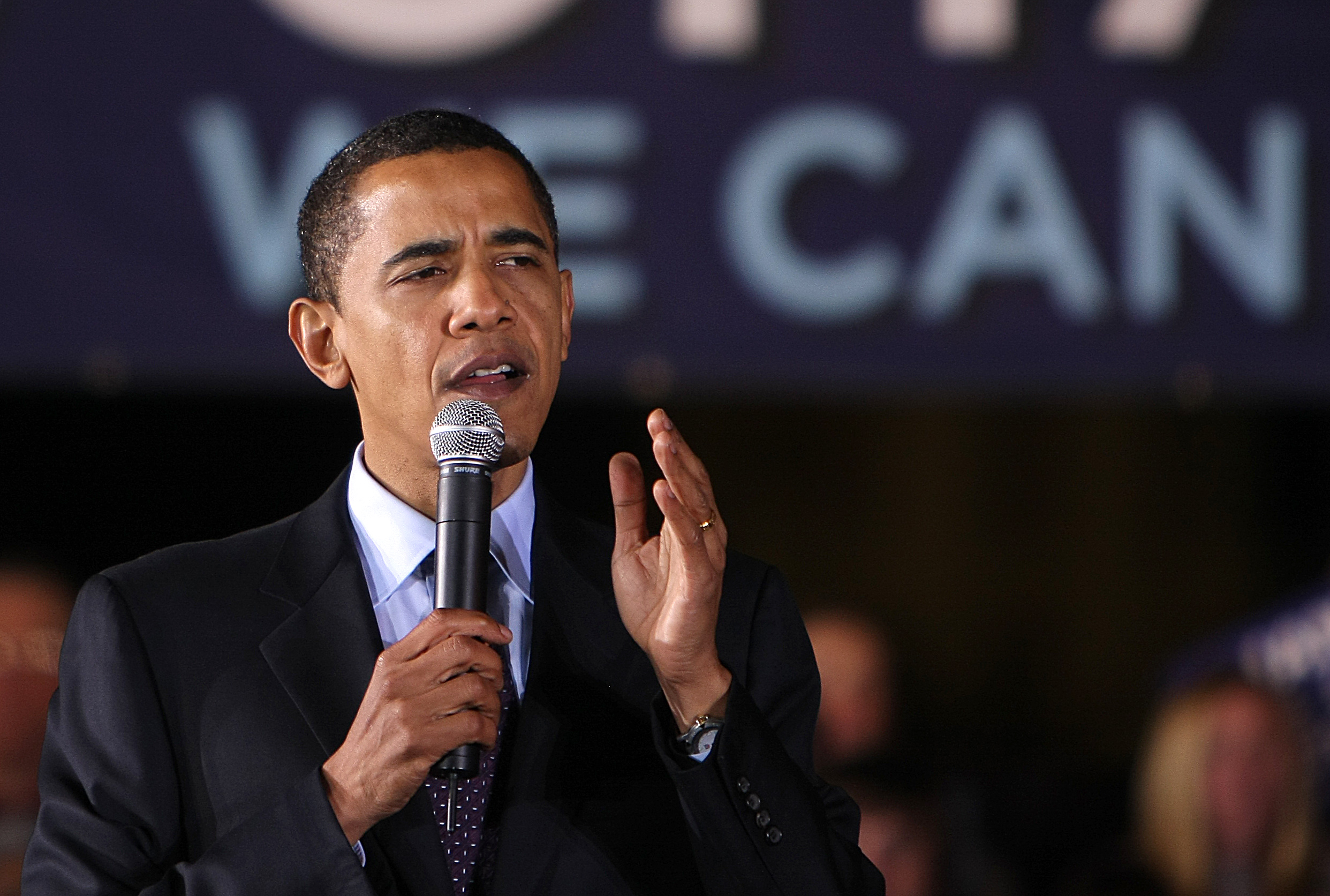 As U.S. President Barack Obama approaches the end of his time in office, a convergence of developments is challenging his principal foreign-policy initiative, the effort to rebalance America’s strategic equities towards the Asia-Pacific.

One of the implicit assumptions behind his undertaking was that Europe’s post-Cold War stability would endure — a conclusion that seems increasingly premature. Some of the European Union’s present woes — anemic growth and demographic decline, for example — are longstanding. Others, however, are more recent: Russian revanchism, Britain’s pending exit from the European Union, and reawakened populism. The net of these phenomena is growing doubt about the sustainability of European cohesion. Nicholas Burns reminds us that  ‘Europe remains America’s largest trade partner and investor, and 25 European nations are members of NATO, its most important military alliance….for all the undeniable importance of the so-called pivot to Asia, the next U.S. president may have to focus first on Europe. ‘ Protracted European decline would undermine not only the network of alliances that has been essential to U.S. leadership in the postwar era, but also the transatlantic project that has played a singularly important role in defining what has come to be known as the liberal world order.

A further explicit rationale for the rebalance was that years of fighting in Afghanistan and Iraq had prevented the United States from engaging sufficiently with the Asia-Pacific’s economic resurgence. The unconventional energy revolution of recent years had convinced many U.S. observers that it would finally, albeit gradually, be able to reduce its role in the Middle East and look eastward. In October 2013, for the first time since February 1995, the US produced more crude oil than it imported; last year, moreover, its net imports of petroleum fell to roughly a quarter of its consumption, the lowest level since 1970.

And yet, the Middle East continues to be strategic quicksand: the more strenuously the United States endeavors to extricate itself from the region’s affairs, the more deeply mired it seems to find itself. It is hard to remember how much optimism accompanied the uprisings that began in Tunisia six years ago and culminated in the deposition of autocratic regimes throughout the region: as a powerful Arab expression put it,  ‘the artery of shame has ruptured.’ Tragically, though, having transcended an unjust order yet unable to settle on a new one, the Middle East finds itself in a hellish purgatory, centered on disintegration in Libya, Iraq, Syria, and Yemen. This quadrangle of upheaval, in turn, has produced the worst refugee crisis since the end of World War II. It is impossible to know how the ongoing realignment of regional alliances and enmities will resolve itself, only that whatever resolution is reached will have to be effected from within, and that its achievement will be grisly and protracted.

North Korean brinkmanship poses a further threat. Under Kim Jong-un, North Korea’s nuclear and missile programs have grown apace. According to a recent report, President Obama  ‘considers North Korea to be the top national security priority for the incoming administration. ‘ Last week the regime issued a nine-page memorandum in which it called on the United States to  ‘scrap its anachronistic hostile policy and nuclear threat against the DPRK. This, and only this will be the first base of resolving all the issues.’ U.S. observers agree that the status quo on the Korean Peninsula is untenable and that China will necessarily play a central role in whatever approach the United States pursues to circumscribe Pyongyang’s threats; beyond those propositions, however, they concur on little. If the United States does nothing, North Korea will have greater freedom to threaten South Korea and further destabilize the Asia-Pacific. If it continues increasing  ‘secondary sanctions ‘ on Chinese firms and banks that support North Korea’s economy, it may actually compel China to withdraw the limited support it has been providing to enforce UN sanctions on the regime. North Korea’s manifold threats exemplify the reality that policy options very rarely run the gamut from good to best; more often than not, they range from bad to catastrophic.

China had already been wielding ever-greater sway over its neighbors’ economies through the ‘One Belt, One Road ‘ (OBOR) initiative and adjunct institutions such as the Silk Road Fund. With the collapse of the Trans-Pacific Partnership (TPP), China will be even better positioned to generate a gravitational economic pull in the Asia-Pacific. The New York Times recently called the TPP’s defeat  ‘an unalloyed triumph for China, ‘ which had been pushing for a Regional Comprehensive Economic Partnership (RCEP) as a competitor-cum-complement to the TPP. Without any evident successor to the TPP in the offing, the United States will be further strained in attempting to reassure its Asian-Pacific allies that it has the ability to sustain an enduring presence in the region; the foundation of any such presence, after all, is economic. China’s growing economic heft is amplified by its location, which affords it a form of strategic leverage over its neighbors that the United States is intrinsically incapable of achieving: Bilahari Kausikan, ambassador at large with Singapore’s Ministry of Foreign Affairs, observes that  ‘China is a geographic fact, whereas the U.S. presence in the [South China Sea] is the consequence of a geopolitical calculation. This is an idea that China never tires of seeding in ways subtle or direct.’

And China is expanding its purview beyond the Asia-Pacific. At this month’s APEC Economic Leaders’ Summit, Xi Jinping declared that China will  ‘push to build an Asia-Pacific free-trade zone and an open world economy.’ While it will continue to agitate for greater representation within institutions such as the World Bank and the International Monetary Fund, it also appears to be laying the foundation for an alternative economic order, grounded in a flurry of regional arrangements — including RCEP and the Asian Infrastructure and Investment Bank; a renminbi that slowly but steadily assumes greater prominence in global financial markets; and a novel conception of organizing the world’s economic activity. The Economist explains that OBOR poses  ‘a challenge to the United States and its traditional way of thinking about world trade. In that view, there are two main trading blocs, the trans-Atlantic one and the trans-Pacific one, with Europe in the first, Asia in the second, and America the focal point of each….But OBOR treats Asia and Europe as a single space, and China, not the United States, is its focal point.’

Donald Trump’s stunning victory over Hillary Clinton has also injected significant uncertainty into America’s Asia-Pacific policy. A common view is that his expressed aversion to trade agreements such as the TPP and ambivalence about longstanding U.S. alliances in the Asia-Pacific will cede significant strategic ground to China. Others contend, however, that a more hands-off U.S. approach could actually undermine China’s national interests to the extent that it compels the country’s neighbors — Japan, South Korea, and India, in particular—to counterbalance it more aggressively. Yet others predict that Trump’s seemingly transactional approach to foreign policy, absent the impulse to proselytize U.S. values or challenge China’s internal conduct, will improve U.S.-China relations and allow China’s neighbors to further postpone a  ‘choice ‘ between the two countries.

There are, in short, a range of plausible hypotheses, an ambiguity Shannon Tiezzi captured well in a recent commentary:  ‘China faces a wide range of possible futures. Trump could follow his advisors’ lead and adopt a hawkish foreign policy that encroaches on China’s ‘core interests’. On the other hand, it’s possible that Trump could be persuaded, likely using economic means…to agree to the sort of ‘grand bargain’ China has long wanted: a reduced U.S. presence in the western Pacific in exchange for China’s support on extra-regional issues and its promise not to interfere in America’s ‘backyard’. And between those two extremes lies a whole range of possible outcomes. ‘ If 2016 has taught us anything, it is that we should be exceedingly humble about the limits of our knowledge and the soundness of our projections. That the Asia-Pacific will be the crucible of world order this century seems clear; what role the United States will play there in the coming years is less so.