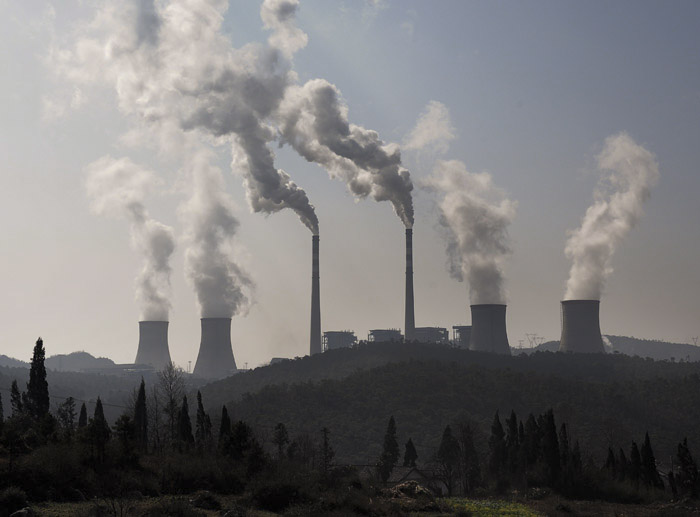 China and the United States, the world’s largest and second largest greenhouse gas (GHG) emitters, have transformed from opponents on how to address climate change at the global level to close partners. During President Obama’s second administration,  China and the United States have been cooperating on climate change. Indeed, even before the fiasco at the Copenhagen climate conference in late 2009, the Obama administration had taken the initiative to engage with China on this issue.

In November 2009, during Obama’s first state visit to China, Obama and the then Chinese President Hu Jintao announced the establishment of the U.S.-China Clean Energy Research Center (CERC). The CERC, jointly funded by both sides, was to facilitate joint research and development on clean energy technology by teams of scientists and engineers from the United States and China. In November 2014, Obama and President Xi Jinping announced an extension of the CERC mandate for an additional five years from 2016-2020. Further to renewing funding for the three existing areas of research, namely building efficiency, clean vehicles, and advanced coal technologies, a new strand of research on the interaction between energy and water was launched.

Aside from the CERC, the Obama administration also reached two historic deals with China on climate change. In November 2014, Obama and Xi issued the ‘U.S.-China Joint Announcement on Climate Change,’ in which the United States promised to reach a new target to cut net GHG emissions to 26-28% below 2005 levels by 2025. China also promised that its CO2 emissions would peak around 2030, and pledged to increase the non-fossil fuel share of energy to around 20% by 2030. This joint announcement marked the first time China agreed to ‘peak’ its CO2 emissions. The following year in September 2015, Obama and Xi issued the ‘U.S.-China Joint Presidential Statement on Climate Change,’ in which both sides promised to advance their domestic climate actions. The United States’ Clean Power Plan and China’s national emission trading system (to begin in 2017) are just two among a number of other measures pledged.

These two historic deals between China and the United States have played a decisive role in facilitating not only the Paris Agreement (PA), but also ensuring that the PA came into force on November 4, 2016. The PA is aimed at limiting the increase in the global temperature to 2 degrees Celsius above pre-industrial levels. Obama himself attributes the historic PA to ‘American leadership.’ Establishing the United States’ leadership role in global climate governance is regarded as Obama’s proudest legacy on the climate change issue. This legacy, however, might be completely discarded by the US President-elect. Donald Trump has said that climate change is a hoax ‘created by and for the Chinese in order to make U.S. manufacturing non-competitive.’ He pledged to repeal the Clean Power Plan, promised to withdraw the US from its role in the Paris Climate Agreement, and cancel US funding for UN climate programs.

In stark contrast, China has officially expressed that it will continue to commit itself to the agreement no matter what the United States does. Specifically, Gou Haibo, deputy chief of the Chinese delegation to the UN Climate Change Conference 2016 (COP22), said that China will continue to uphold a development concept highlighting innovation, coordination, greenness, openness and sharing; and China will act positively and forcefully in maintaining the international mechanism, promoting international cooperation and combating climate change. Chen Zhihua, a member of the Chinese delegation to COP22, said clearly that ‘No matter what happens in the new U.S. government, China will continue to constructively participate in the international climate change process,’ and even if the United States withdraws from the agreement, cooperation between China and the US will continue.

China’s official position in the UN climate negotiations shows that China’s climate change actions are no longer conditioned by the US’s corresponding actions. At the domestic level, China has determined to develop a low-carbon economy to help solve the problem of air pollution and enhance its energy security by reducing its reliance on fossil fuels and increasing its share of renewable energy. At the international level, China, as an emerging power seeking to enhance its influence and status on the international stage, sees the opportunity to fill the void left by the Trump administration, taking on a leadership role in addressing climate change.

Fuzuo Wu is an Assistant Professor at Aalborg University, Denmark. The manuscript of her book on China and India’s energy security and climate change is currently under revise and resubmit at Cambridge University Press. Image Credit: CC by Mingjia Zhou/Flickr.

What now for the Rebalance?
Rapid but unsustainable: Science, Technology and Innovation capacity in China