Parsing the Significance of the Tsai-Trump Call 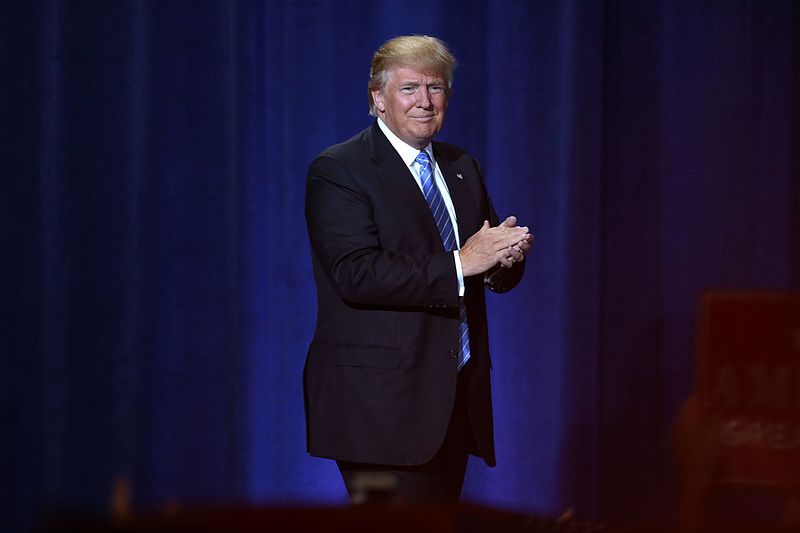 The news that U.S. President-elect Donald Trump took a call from Taiwanese President Tsai Ing-wen (蔡英文)  – breaking over 40 years of precedent of no direct contact – exploded across the internet here in Taiwan and around the world with seemingly everyone having something to say about it. The international news media went into a tizzy speculating on China’s reaction, frequently repeating the standard Chinese propaganda line on Taiwan in the process (an excellent analysis here).  Many on the American left are already hand-wringing at this 10-minute conversation, calling it “risky” and “provocative.” in spite of praising Obama for breaking previous diplomatic precedent in Cuba.  Some supporters of Taiwan, however, are ecstatic, calling the call a “major breakthrough” in U.S.-Taiwan relations, but others openly questioned Trump’s abilities: “More likely is that he doesn’t fully understand cross-Strait relations, and is completely, bumblingly, unaware of what he’s just done.” So what does this portend for U.S.-Taiwan-China relations under the Trump administration?

Starting with Trump, anyone who thinks they understand what he is up to is delusional, other than he’s up to his old tricks. The only thing for certain is that Trump is following his standard practice of doing what people don’t expect him to. He did this masterfully during the election campaign, repeatedly breaking convention and launching asymmetrical attacks to destabilize and confuse his opponents.  He’s continued to do it since.  Trump, unlike what some think, is a very crafty opponent.

We can’t even be sure who he was sending a message to or what it was. We can be sure it was deliberate, and while it is doubtful he has a detailed knowledge of Taiwan’s situation at a granular level, he certainly does have some idea of the bigger picture.  Was it simply a continuation of his message to the American people that he does things differently? Was he signalling to the domestic diplomatic corps and the military that he is going to fundamentally alter the way things are done? Was it a signal to China he’s not going to let Beijing’s constant outrage machine and “hurting the feelings of the Chinese people” influence him? Was he signalling a more robust pro-Taiwan approach? Was he eyeing boosting military hardware sales to Taiwan to improve the U.S. economy? Is he taking a stronger approach to China diplomatically, and setting up Taiwan as a bargaining chip for negotiations further down the line (and potentially selling out Taiwan to get something he wants)?  We don’t know if it is one of these, or if it is several or all of these at once. And that’s the way he wants it  – it’s his modus operandi.

For President Tsai, it was a stroke of brilliance and a major coup to call Trump. Though it begs the very interesting question of who was the intermediary who arranged it  – it had to be someone able to get into the Trump inner circle, and whoever it is would be someone to keep a close eye on going forward.

For Taiwan it accomplished quite a bit. It signalled Tsai is proactive and determined to raise Taiwan’s visibility on the international stage, which she certainly accomplished. The issue of Taiwan’s unusual geopolitical position and China’s bullying behaviour towards Taiwan was raised very visibly internationally. It set a precedent for other high-ranking U.S. officials to talk to Taiwan, and opens the door for those in other countries to do so in the way that doors have been opened for visits by the Dalai Lama in spite of protestations by China. Key American players to keep an eye on for their response is the American military and diplomatic establishments (both of whom have already been strengthening or eyeing improving higher-level ties). Also watch Japan and the E.U., both of which could find good advantage in cozying up to Tsai.  It could also end up strengthening her hand in Southeast Asia and her “New Southbound Policy” if enough countries around the world start to improve higher-level ties with Taiwan.

Domestically in Taiwan this breakthrough could be very significant. Tsai showed boldness, skill and insight in a government recently widely panned for vacillating on many issues and sinking in the polls. Depending on how things play out from here, it could end up being the start of the biggest breakthrough in Taiwan’s diplomatic situation in decades, which would be a huge boon for the president and her party and if successful, also a major psychological boost to the people of a nation long marginalized – a not inconsequential thing for a party swept into power on a growing Taiwanese identity. There is some room for optimism here, the president made her name as a talented trade negotiator – so any doors opened internationally by this offer her an opportunity to use her skills to maximum effect. No matter how big this turns out, this one breakthrough further turns the screws on Kuomintang chair Hung Hsiu-chu (洪秀柱) and her already unpopular China-centric policies.

Courtney Donovan Smith is a publisher of the Compass Magazine, current chairman of the Taichung American Chamber of Commerce and the Central Taiwan correspondent for ICRT Radio. This article was first published on The News Lens and can be found here. Image credit: Wikipedia Commons.