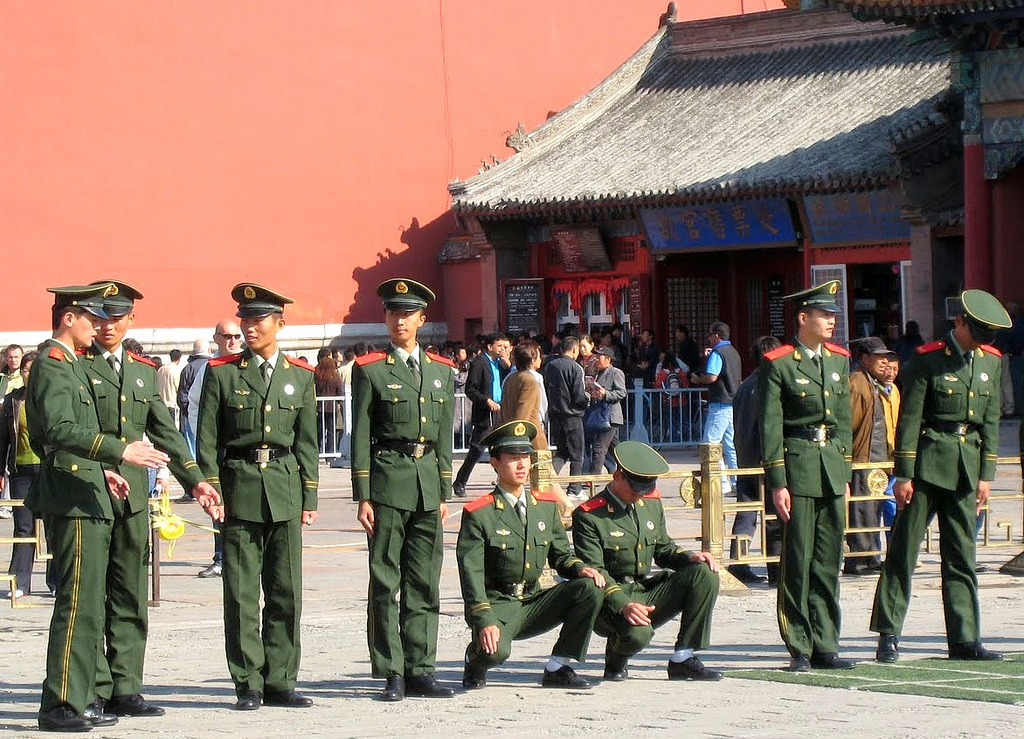 In late 2015, Chinese leader Xi Jinping formally announced his much anticipated military reforms. It is said to be the largest military reform since 1949 when the People’s Republic of China was established, in that it overhauls the military system in place since the Revolution.

This reform is conducted in accordance with three principles. These are: the Central Military Commission (CMC), the highest military authority in both the Chinese Communist Party (CCP) and People’s Republic of China, is responsible for the overall planning and institutional management (軍委管總), newly established military theatre for operation (戰區主戰), and military service for construction (軍種主建).

Concrete reform measures mainly focus on re-organization. These include: to dismantle the traditional four general departments (四大總部), along with other units, into fifteen units which are placed directly under the Central Military Commission as the CMC’s staff (軍委多部門制); setting up five military theaters while abolishing the seven military regions (軍區); setting up People’s Liberation Army (PLA) Army (陸軍領導機構) and PLA Strategic Support Force (戰略支援部隊); elevating the old 2nd Artillery (第二炮兵) into the PLA Rocket Force(火箭軍).

The Chinese media gave a number of reasons for such comprehensive reform. One reason involves party-military relations. In the document titled “CMC’s Opinion on Deepening Defence and Military Reform” which was released on January 1, 2016, it points out the first principle of the reform:

Upholding the correct political direction. Consolidating and perfecting the fundamental principle and institution of the party’s absolute control of the gun, maintaining the fundamental nature and goal of the People’s Army’s, exalting our Army’s glorious tradition and fine style, practicing CMC’s responsibility system across the board, and ensuring that the military’s highest leadership and commanding power are concentrated at the party centre and CMC.

Among many questions, one in particular must be addressed, has there been any problem with implementing the dictum of the Party’s absolute control of the gun? Why was the dictum not previously implemented? How do Xi Jinping’s ambitious military reforms relate to Party-military relations? To what extent can Xi’s reform tackle the problem? And to what extent can Xi’s military reform institutionalize relations?

This author argues that through extensive anti-corruption campaigning, Xi, as the general secretary and representative of the Party can have firm control of the military. However, this control is not institutionalized, and the problem is likely to re-surface in the future after Xi.

The dictum specifying the relationship between the CCP and the People’s Liberation Army (PLA) is that the PLA follows the CCP’s absolute leadership while the CCP exerts absolute leadership over the military. However, this is an ideal type, at least, during the Hu Jintao era.

Many reasons contribute to this situation, and one of them is that the military is almost an independent entity in China’s political system. This independence is unlikely to be changed in the future.

What complicates the above convention is that there is no explicit statement, in either document, that demands that the State President or the Party General Secretary should, at the same time, serve as chairmen of the State or Party CMC; it is just a convention established in 1992.

Deng Xiaoping’s compromise also complicates Party-military relations. During the 1985 PLA force reduction of one million people, Deng apparently made a compromise that allowed for the military to become involved in economic activities so that force reduction could be made. Consequently, this compromise exacerbated the PLA’s independent entity status. Indeed, the 1998 instruction for the PLA to divestiture from economic activities was not able to address this problem.

Daily operation under Xi will also exacerbate the PLA’s special status. In the wake of the anti-corruption campaign launched since 2012, the Party’s Central Discipline Investigation Commission (CDIC) sent teams to almost all Party and state agencies in the name of supervision. However, no team has been sent to the military; instead, supervision is performed internally. In other words, the PLA is not supervised by the state or the Party.

It is not difficult to figure out why no team is sent to the military by the Central Discipline Investigation Commission. In China, “collective leadership,” which implies each of Politburo Standing Committee (PSC) member is responsible for certain areas, informs China’s decision making system so that power will not be monopolized by any single person. Nevertheless, military power is only in the hands of the Party General Secretary, and the power cannot be shared with other PSC members. Supervision of the military by other Party or State agencies will inevitably erode the General Secretary’s military power. The consequence is that supervision of the military, which is almost an independent entity, is performed internally.

Although the Party General Secretary/State President concurrently serves as the CMC chairman, he is promoted from the non-military sector without military experience, his knowledge is therefore limited. On the other hand, it is unlikely for him to transfer Party/State cadres to the military in order to help with control or to allow the National People’s Congress a greater overseeing role. Consequently, the Party General Secretary/State President may become the nominal CMC chairman, however, the military is largely left to manage itself.

A further question that needs to be considered is the capability of Xi Jinping’s successor. It was a surprise to many that Xi is a powerful leader, and through the anti-corruption campaign, comprehensive reform, and other measures he looks able to exert full control of the military. Nevertheless, it has to be emphasized that his firm control of the structure has been achieved without institutional basis due to the fact that the military remains an “independent mountain.” The question to be asked is to what extent Xi’s successor will be able to exert the same level of control of the military as Xi has achieved.

Gerontocracy is not unusual in oriental politics, and China is no exception. After two-terms lasting ten years as China’s top leader,[2] the outgoing General Secretary/State President usually has the tendency continuing to control from behind the scenes. This leaves the successor in an extremely difficult situation.

The ten year service allows the outgoing General Secretary to build extensive connections throughout the whole political system. He is able to place his trusted people in key positions in order to build a strong, loyal faction.

Jiang Zemin’s case is typical in this regard: after leaving the Party General Secretary/State President position in the fall of 2002 and the spring of 2003 respectively, he continued to stay as CMC chairman for another two years until 2004. Jiang’s decision left his successor, Hu Jintao, and the military command system in a very difficult situation. How could Hu Jintao, as the General Secretary representing the Party, exert absolute control of the gun with Jiang Zemin still occupying the chairman of the CMC position?

In hindsight, Hu is widely perceived to be the weakest leader of China over the past three decades largely because he reportedly had no control of the military. The military was controlled by his predecessor Jiang Zemin and Jiang’s appointed high ranking military officials.

The same situation may very likely happen to Xi Jinping’s successor. On the one hand, Xi, regarded as the most powerful leader after Deng Xiaoping, will definitely have tremendous influence in terms of personnel appointment, and the military will follow his guidance. On the other hand, speculation abounds that Xi may stay for more than ten years. If this rumour becomes true this will leave Xi’s political successor in a very difficult situation regarding how effectively they can control the military under Xi’s shadow.

The Party-military relationship is a perennial problem in Chinese politics. It is likely that this will continue to be the case. It is very unlikely that the military’s special status in the PRC constitution and CCP charter will be drastically changed in order to ensure greater oversight by relevant agencies of the party and state. In addition, overhauling China’s gerontocracy would be a considerable challenge.

Arthur S. Ding is a Professor at the Graduate Institute of East Asian Studies and Research Fellow and Director of the Institute of International Relations, National Chengchi University, Taiwan. Image credit: CC by Travis Wise/Flickr.

[2] The CCP charter and PRC constitution stipulate that the party general secretary and state president can serve two terms for ten years.

Parsing the Significance of the Tsai-Trump Call
Does Trump Spell the End for Kissinger’s China-U.S. Strategy?