Does China have or need an external military policy? 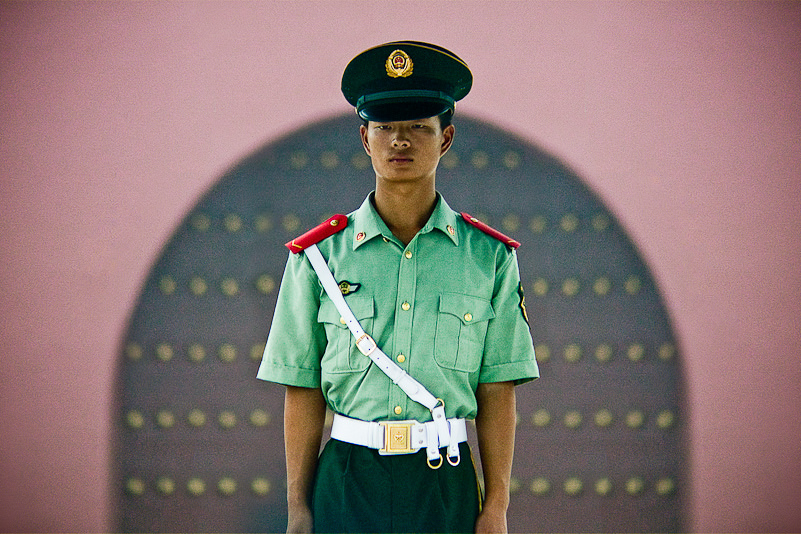 It has been almost three decades since the People’s Liberation Army (PLA) last launched a significant military operation outside of its own borders. By itself, this prolonged period of stability argues that China’s official claims to be “peacefully rising” are at least somewhat credible. For those committed to the view that any rising power will challenge the status quo hegemon, however, China’s recent extended period of peace is merely a sign that it is not yet in a position to act militarily. Predicting China’s future military actions therefore turns on two interrelated questions: what are China’s grand strategic and strategic raison d’etat requirements, and is China a special case negating or sidestepping previous Western case studies of rising powers? And, how would we know from China’s actions if our answers to these questions were right?

China’s recent military buildup suggests that it is indeed challenging the status quo hegemon, the United States, for dominance in East and Southeast Asia, at least to the extent that its current navy allows. China also continues to threaten Taiwan, provoke Japan and Vietnam, and construct islands in the South China Sea that reinforces its claims to a vast area of ocean. As a great power, China has shrugged off adverse international legal rulings on its island construction. It bristles at US naval freedom of navigation (FON) exercises that instantiate those rulings, but is not prepared to use force to prevent them.  The People’s Liberation Army Navy (PLAN) has just declared its aircraft carrier operational, and is expanding and improving its submarines.

Thus far, the purpose of China’s military buildup is to create its own sphere of influence in East and Southeast Asia. Its strategy to achieve this is to push the US back from this zone, and to make it risky for the US to enter it. If China can achieve this, the status quo will have been overturned. There are significant costs and caveats to such a shift in China’s favor, however, with China bearing most of the costs and its sought-for expansion (or in their view recovery) of sovereignty most of the caveats. The real military power of Japan and South Korea, coupled with the long-established presence of the United States, is a significant limitation on the Chinese desire for local hegemony. China could at best establish predominance at an extremely high cost. Indeed, it is the costs in treasure and political capital that would ultimately undermine local hegemony as an end. An obviously not peacefully rising China stimulates a concomitant military and political resistance.

The picture changes significantly when we consider Chinese military planning as a strategy serving an internal goal rather than an external military goal served by a military strategy. Internally, the Chinese Communist Party (CCP) needs an external military policy to justify the military spending that placates the PLA leadership and distracts the populace from its own failings. For internal political reasons the CCP needs a low-level, low risk external military dispute. The PLA’s function then, is to push out until it comes into conflict with the status quo hegemon. The CCP can then claim that it is resisting an oppressive imperialist power, distracting from its own imperialist policies, and demand unity and loyalty from the citizenry it is protecting. This distant military conflict is critical to the CCP’s control of the Chinese state without actually serving a strategic interest of that state.

China is not in an ideological battle with the United States in the way that the Soviet Union was. The Soviet Union used military means to support its ideological struggle.  China is not seeking to spread communism and does not see itself in an existential struggle with a rival Western orthodoxy for control of the world. It is the ideological struggle within China that is an existential threat to the communist government. Hence China’s national security would not be enhanced by a foreign country becoming communist, but it would be enhanced by a foreign government trading with it. China’s strategic interests are served by internal development and peaceful external trade.

The rational pursuit of strategy does not in and of itself prevent a state or an individual from making mistakes, miscalculating or simply ignoring the best course of action. One state’s best interest may conflict with another, and the internal political requirements of a state’s leaders may not allow for the peaceful resolution of disputes or even minor concessions. China does not need the CCP, but the CCP needs China. In the same vein, China does not need Taiwan, the South China Sea, or the Senkaku/Diaoyu Islands, but the CCP may believe it does.

Peter Lorge is a historian of 10th and 11th Century China, with particular interest in Chinese military, political and social history. He is author of The Reunification of China: Peace Through War under the Song Dynasty (Cambridge, 2015) and is one of the founders, and executive board members, of the Chinese Military History Society. Image credit: CC by Patrick Rodwell/Flickr.

Does Trump Spell the End for Kissinger’s China-U.S. Strategy?
The PLA in 2026.