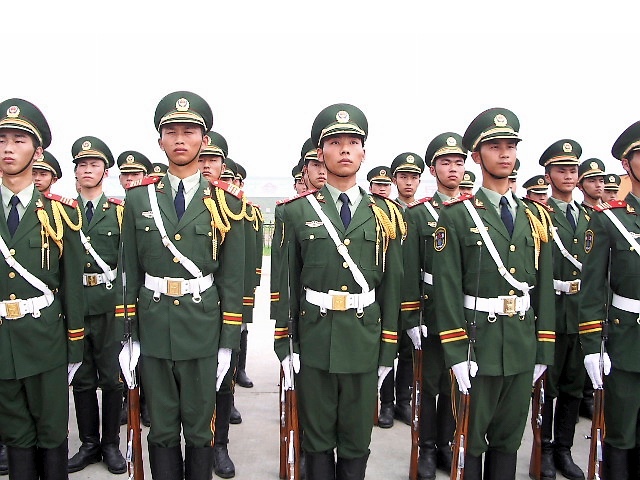 In 2015, RAND Corporation colleagues and I published a net assessment of U.S. and Chinese capabilities in two scenarios – the Spratly Islands and Taiwan. In it, we examined trends from 1996 to 2017 (projected) in the maritime, air, space, cyber, and nuclear domains. The analysis suggested that in virtually all areas, China had dramatically improved its relative capabilities. It is highly unlikely that China today could prevail in a high-intensity conflict with U.S. forces, even in the Taiwan case. But China can challenge U.S. dominance at an increasing distance from the Chinese coast. For the United States, prevailing in a conflict today would take longer, and be far more costly, than it would have been even a decade ago.

Chinese military priorities have evolved somewhat since the mid-1990s. Given China’s overwhelming focus on the nearby Taiwan mission, and its perceived need to deter U.S. intervention in such a conflict, the PLA focused initially on what Western analysts labelled an anti-access, area denial capability (including conventionally armed ballistic and cruise missiles, submarines, anti-space capabilities, and electronic warfare systems). As its technology matured, it also added substantial conventional warfighting capabilities. The PLA Air Force and Navy together operate roughly 800 fourth-generation combat aircraft (roughly equivalent in quality to the U.S. F-16 and F-15), and the Navy’s surface fleet has moved from being primarily a frigate force to a destroyer-cantered force.

We did not address potential developments beyond 2017 in the Scorecards report, but it is possible to speculate on at least three broad developments through roughly 2026 – all of which are already evident in some form today.

First, China will likely be able to improve its relative position by further growing its inventory of modern weapons, even with reduced defence budgets. Between 1996 and 2016, China’s official defence budgets grew from $20 billion (in constant 2016 $US) to $143 billion – an aggregate of more than 600 percent, or a compound annual growth rate of 10 percent per year. Growth has slowed in recent years, declining to 7.6 percent in 2016, and it is entirely possible that it could slow further over the next decade. But even if it reached zero over the coming decade – a highly unlikely proposition – the number of modern systems in the inventory would continue to grow at a considerable rate.

Chinese defence industry is gaining the efficiencies of series production and the PLA’s inventories do not yet fully reflect the current level of defence spending spread across an extended period of time. Assuming military systems are maintained and modernized, they can remain in use for a period of two or more decades. Twenty years ago, China was taking delivery of its very first modern military systems (e.g., fourth-generation aircraft or destroyers armed with capable air defense systems), and it has only begun the efficient series production more recently. In the 14 years between 1996 and 2010, China added 25 fourth-generation fighter aircraft per year to its inventory; between 2010 and the present, it has tripled that rate, to 75 per year. Similarly, it launched about one destroyer every two years from 1996 to 2010, but averaged 2.3 destroyers launched per year since then.

Eventually, the PLA will run into force structure limitations. It will have replaced its obsolete equipment (much of which is based on designs from the 1960s) and can no longer add new systems without adding manpower and units to its military organization. Given its continuing emphasis on building a quality force, it will likely resist this, except in extraordinary cases. It will, therefore, reach an equilibrium within which will require it to consider priorities and trade-offs more carefully.

Second, the PLA is addressing most of its most glaring weaknesses and will substantially mitigate most of them over the next decade. One existing weakness is limited range. Despite impressive achievements, the PLA today could only engage with a full complement of weapons at roughly 500 km from its coast, and with a more limited capability to 1,000 km (It can send individual elements or detachments beyond that, but not as a warfighting package except in the most limited sense). The overwhelming bulk of PLA conventionally armed ballistic missiles are short-range systems; it has virtually no airborne refuelling capability for its aircraft; and its naval forces lack significant sustainment.

The PLA is, however, currently addressing this problem. In September 2015, the PLA revealed its first conventionally armed intermediate range ballistic missile, the DF-26, with a range of some 3-4,000 km – sufficient to strike Guam. It has also produced extended-range variants of cheaper, single stage systems, enabling it to strike targets in Japan more efficiently. In July 2016, China inducted its first large transport aircraft, the Y-20, into service. The PLA will almost certainly produce tanker and AWACS variant of the Y-20. Together with its new air bases in the South China Sea, tankers will enable the PLA Air Force and Navy to fly fighter patrols to the Southern parts of South China Sea and to maintain greater air presence over the East China Sea. The PLA Navy, for its part, has commissioned six modern 20,000-ton underway replenishment ships since 2013, and is building a new 40,000-ton class, as well as new classes of submarine tenders.

The PLA is also moving quickly to address other technical weaknesses, such as its chronically underdeveloped anti-submarine warfare capabilities. It has deployed its first fixed wing maritime surveillance aircraft (Gaoxin-6, IOC 2015), anti-submarine helicopters (Z-18F, IOC 2016), and a purpose-built anti-submarine warfare corvette (Jiangdao-class, IOC 2013). Having launched the first Jiangdao-class corvette in 2012, it has since completed some 40 of them. One of China’s most persistent technical problems – one it has tried but failed to rectify – is the manufacture of high-performance aircraft engines, which it still imports from Russia. In mid-2016, China doubled down on its engine effort, merging several engine manufacturers into the Aero-Engine Group of China (AECC), with $7.5 billion in registered capital and almost 100,000 employees.

Finally, the PLA is addressing weaknesses in its training and operational practices. As a general rule, Chinese operations remain excessively dependent on set-piece plans and firm hierarchical control. There are many indications that China understands this tendency to control as a weakness. The PLA Air Force has, for example, encouraged “unscripted” air combat exercises in which flight leads are expected to command the air-to-air engagement. But the tendency towards micromanagement remains, and changing culture will undoubtedly take significantly longer than introducing new weapons. This will require more than ten years, but it is also not binary. Chinese forces are already becoming far more capable, even if they are not up to global “best practices” in their training regimens.

And third, a number of new Chinese systems will almost certainly reach production and be integrated into the force structure. Chinese military R&D is broad and deep, and the PLA will undoubtedly roll out many new systems over the coming decade – some of which are well known already and some of which will (to one extent or another) be surprises. China will probably put stealth aircraft into production, though it is unclear whether these will have all the characteristics of U.S. fifth-generation designs (e.g., those of the F-22). It will likely develop a long-range bomber, though much less clear if it will be operational within ten years. The PLA is committed to the development of hypersonic glide vehicles, which may be better adapted to avoiding missile defences than ballistic missiles. Chinese nuclear forces will become more survivable and robust with the likely deployment of new classes of road-mobile ICBMs and the development of improved ballistic missile submarines (following the current Jin-class). These are just examples in a modernization effort that is likely to cover virtually all aspects of its military.

Implications. None of the developments outlined above imply that China’s aggregate military capabilities will match those of the U.S. military by 2026. However, wars (unlike the upcoming Rose Bowl game) do not occur in tidy, neutral sites. In virtually any imaginable conflict between the United States and China, the latter would almost certainly enjoy enormous situational advantages associated with proximity and geography. Chinese military leaders, focused almost exclusively on regional military missions, have acquired specific military capabilities that further complicate the inherent geographic challenges for U.S. forces operating in Asia.  Roughly over the last five years, the U.S. military has begun focusing more seriously on adapting its procurement and operational practices to the challenge from China, and such adjustments may partly offset Chinese gains. Nevertheless, it seems clear that the relative balance will continue to shift in ways that may affect regional perceptions (including those of Beijing) about U.S. willingness to maintain an active balancing role. At the same time, with the growing reach and sustainability of Chinese forces, PLA aircraft and warships will be in proximity to those of the United States and its partners with much greater frequency – increasing the probability of mishap and, potentially, unintended crisis.

Eric Heginbotham is a principal research scientist at MIT’s Center for International Studies and a specialist in Asian security issues. Before joining MIT, he was a senior political scientist at the RAND Corporation, where he led research projects on China, Japan, and regional security issues and regularly briefed senior military, intelligence, and political leaders. Image credit: CC by William Li/Flickr.

Does China have or need an external military policy?
Food security in China