Every grain of rice: Air Pollution and Food Security in China 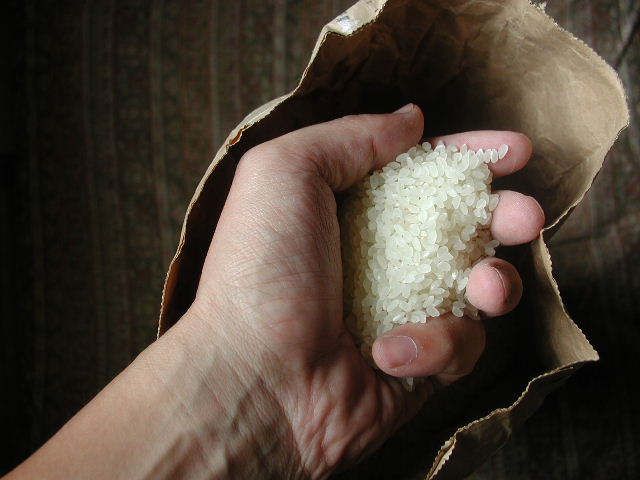 Written by Colin A. Carter and Dalia Ghanem.

China has some of the worst air pollution on the globe. Research has found that long-term exposure to air pollution contributes to a significant reduction in life expectancy in China. But in addition to its serious health impacts, air pollution at relatively low levels also reduces food production in China. In our view, the effect of pollution on China’s food supply has received insufficient attention, and very few studies have focused on the links between air pollution and crop yields in China. Our findings to date indicate that increased air pollution is associated with reductions in rice yields large enough to have price implications for the global rice market, affecting global food security for hundreds of millions of the world’s poor.

China is the world’s largest agricultural economy, producing about 20% of the world’s grain, 25% of its meat and 50% of its vegetables. The annual value of China’s agricultural output is about two and one-half times the U.S. total. After joining the World Trade Organization (WTO) in 2001, China increased its agricultural trade dependence. As of 2015, it was the fourth largest exporter and second largest importer of agricultural products in the world, according to WTO trade statistics.

China’s rice consumption allows us to better understand the link between air pollution and global food security. Rice yields in China have increased in the past decade, and have now reached 6.8 metric tons (mt) per hectare (ha) on average. The average rice yield in China is higher than that of most major producers, and rice is still the most important crop in China. Chinese rice farmers produced 206.4 million mt of rough rice in 2015, which accounted for about 30% of the global production of rice, making China the largest producer of rice in the world.

In spite of this, and although China maintains a policy target of self-sufficiency in major food grains, domestic production of rice has not grown as fast as domestic demand. China’s rice imports have been increasing since 2012, making China the world’s largest rice importer. Rice imports have reached 6.2 million mt, measured in unmilled equivalent volume, two and one-half times larger than the next most important importer. In fact, China is expected to remain the world’s largest rice importer for the next decade. It is important to note that only 8% of the global production of rice is traded internationally in an average year, much smaller than wheat, for example, of which 21% is traded internationally. For this reason, the effects of pollution on China’s rice yields may have a disproportionate impact on world markets.

It is widely recognized that tropospheric (i.e., surface) ozone, a secondary pollutant and a major component of smog, has a significant impact on crop yields and crop quality. The surface ozone is primarily a consequence of burning fossil fuels, but it is not emitted directly. It affects plant respiration, nutrient uptake and photosynthesis, and damages plant tissues. Plant damage is thought to begin with seasonal daytime average ozone concentrations as low as 40 parts per billion (ppb), and pollution above this level is very common in many parts of China.

Surface ozone pollution is highest in Central Europe, Eastern China, and the Eastern USA, where concentration levels peak in the summer months when sunlight is most intense. There is evidence suggesting that ozone levels may no longer be increasing in North America and Europe, but unfortunately the levels are rising in East Asia, including China. Although country-level observational ozone data for China is not publicly available, observations have been recorded in Miyun, a northern county near Beijing. Extreme values observed in Miyun were exceptionally high compared to those observed in the U.S. and Europe.

Pollution abatement can directly improve global food security, increasing yields for a crop that is a main food staple for a significant portion of the world’s poor. Food security is important morally, but also politically as it can affect political stability. One of the difficulties in enacting pollution abatement and climate change policies is that they seem costly in the short-run, while potentially beneficial in the future. Politicians and citizens tend to focus on the short term. Understanding the short-term benefits of pollution abatement adds an important missing piece to this policy debate.

Colin A. Carter is Distinguished Professor and Director, Giannini Foundation of Agricultural Economics, at the University of California, Davis. Professor Carter studies commodity markets and international agricultural trade, and he has considerable expertise on China’s agricultural economy. Dalia Ghanem is an Assistant Professor at the University of California, Davis.  Professor Ghanem studies statistical methods for causal inference, and has a special research focus on environmental regulation and pollution impacts in China. Image Credit: CC by Yamanaka Tamaki/Flickr.