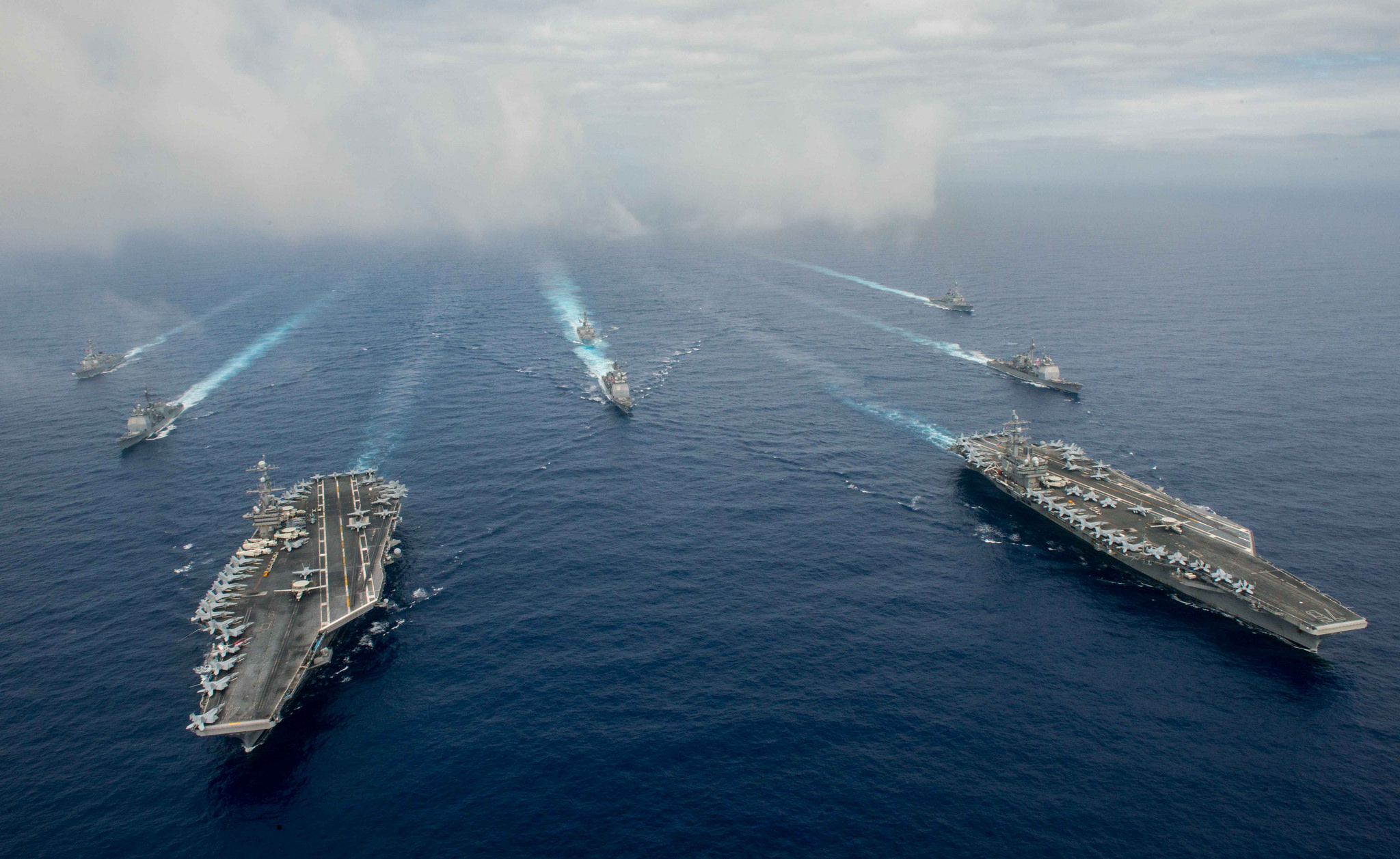 One of the casualties of this year’s election will be the Trans-Pacific Partnership (TPP), an important part of President Barack Obama’s “pivot to Asia” that he had hoped would be a signature part of his legacy.

While both Donald Trump and Hillary Clinton eventually came out against the agreement, the former made opposition to almost any U.S. trade deal a centerpiece of his campaign, turning his surprise victory last month into the TPP’s death knell.

With Obama’s last-ditch hope that Congress would approve the deal during a lame duck session dashed, the TPP is unlikely to be revived. The question then becomes, does it matter?

My short answer is yes, and the U.S. and its citizens will surely be worse off without it. Economists like me usually note that reducing trade restrictions benefit a country’s economy through faster growth, higher productivity, more competition and innovation, and lower prices for better goods.

But there’s another reason why we’ll be worse off: Its demise threatens to weaken our national security.

Let me explain, but first lets brush up on what the TPP actually is and a few of its key economic benefits.

A trade deal for the 21st century

Signed by 12 countries around the Pacific Rim, including the U.S., Japan and Australia, the TPP is a complex and comprehensive trade agreement designed with the 21st century in mind. Importantly, China, India and South Korea are not signatories, although they could join at a later date.

The deal, like most of the multilateral trade-liberalizing agreements negotiated since World War II, specifies reductions in tariffs on manufactured goods and on agricultural products as well. But the TPP goes much further, entailing a global code of conduct for trade that takes into account its increasing complexity.

The provision of the TPP that has engendered the most controversy, even though it already exists in thousands of other treaties, is the Investor State Dispute Settlement provision. This allows a corporation to take complaints that a foreign government has violated its property rights to a special international tribunal, whose decision cannot be appealed.

Such a complicated agreement naturally includes many targets for opponents to shoot at.

Until recently, though, the promised economic benefits seemed to enable Obama to cobble together enough agreement in Congress to push through TPP’s ratification. That is no longer the case, as workers hurt by past deals have marshaled a strong political voice in the recent election.

One of its mouthpieces was Bernie Sanders, who characterized the TPP as “part of a global race to the bottom to boost the profits of large corporations and Wall Street.” His fierce opposition, together with the strong challenge he mounted in the Democratic primary, forced Clinton to disavow the deal after earlier labeling it the “gold standard” of trade agreements. And Trump, who repeatedly insisted that the U.S. has been on the losing end of multilateral trade deals, promised to abandon the TPP on day one.

While I do believe the deal’s economic benefits alone make it worthwhile, there’s an even more compelling reason to support the TPP: Its loss all but ensures that trade agreements initiated by China will fill the vacuum.

Framing a trade deal in terms of national security is not a new idea.

That’s how President Eisenhower built bipartisan support for two rounds of tariff reductions in the late 1950s. He argued that trade liberalization among “Western” nations (stretched to include Japan) was a measure of America’s “soft power” and would help contain the spread of Communism during the Cold War.

Such thinking also undergirded support for President Bill Clinton’s advancement of NAFTA and the normalization of trade with China in the 1990s, which he argued would push China toward the rule of law and promote “a future of peace and security for Asia and the world.”

Today, China has replaced the Soviet Union as the major contender to supplant the U.S. as the world’s dominant power. Obama had hoped to make his pivot toward Asia one of his signature achievements, with the aim of undercutting or at least slowing China’s efforts to expand its “soft” as well as its military power. Instead, now there is pressure in Asia for a pivot away from the U.S.

In the Philippines, once among the United States’ most reliable Asian allies, the populist new president, Rodrigo Duterte, has underlined with profanity his determination to move his country’s relationship away from the U.S. and toward China, going so far as to cancel an order for American police rifles. In a recent speech, Duterte opined that if China and Russia were to create a new world order, he would be the first to join.

The prime minister of Malaysia, which has long tried to strike a balance in its relationships with the U.S. and China, has been making similar noises about moving its fulcrum in the direction of China. Both countries have eased their opposition to China’s incursions into the South China Sea.

China itself has been actively initiating programs directed at enhancing its global role, with major implications for the U.S. When China created the Asian Infrastructure Investment Bank in 2014, the U.S. boycotted the new institution and asked allies to do the same. Despite its pleas, some 57 countries joined, including all the major countries of the European Union, as well as Australia and South Korea.

Even more recently, China has announced multi-billion dollar financing for its belt-and-road initiative, a grand plan to finance infrastructure projects throughout Asia and better connect China with the rest of the world that has been termed a Chinese Marshall Plan.

The Chinese challenge to American hegemony appears to be gathering steam.

If the TPP dies…

It is in this context that the reframing of TPP as a security issue becomes particularly relevant.

Only two of its 12 signatories, Japan and New Zealand, have so far ratified the TPP. If the U.S. does not ratify, the deal will probably wither on the vine – although there have been suggestions that the other 11 members could ratify it and put it into force on a provisional basis.

The failure of the TPP would not leave a vacuum. China is spearheading a proposal for a Comprehensive Regional Trade Partnership (CREP), which includes the 10 members of the Association of South East Asian Nations plus China, Japan, South Korea, India, Australia and New Zealand. As such, it includes seven of the 12 TPP signatories.

While both agreements cover such issues as trade in goods and services, investment and dispute settlement mechanisms, the CREP does not incorporate the TPP’s protections for labor or the environment or restrictions on the activities of state-owned businesses, which dominate the Chinese economy. These provisions are of key importance to the many countries, the United States among them, for whom they represent strongly held values.

China is also hoping to advance its concept of a Free Trade Area of the Asia-Pacific (FTAAP), which would have the narrower goal of overriding and integrating the various bilateral and regional free trade agreements that are currently in force or proposed.

But it would have a broader geographical reach than CREP; it could potentially incorporate all 21 member countries of the Asia-Pacific Economic Cooperation forum, including both China and the United States. Originally, the U.S. had hoped that the TPP would be the main building block of the FTAAP, but China has clearly beaten us to the punch.

The end of Pax Americana?

At stake is a principle much broader than the struggle between China and the United States for the “soft power” inherent in the competition over trade agreements.

A crucial aspect of the Pax Americana that underpinned global stability throughout most of the post-World War II period was U.S. leadership in establishing rules for across-the-border trade and financial transactions.

These economic arrangements went hand in hand with U.S. leadership in stabilizing key regions of the world through a combination of our own military expenditures and strategic alliances.

A U.S. failure to authorize the TPP could be the coup de grâce for the Pax Americana. The ramifications of such a demise are material for many a sleepless night.

Marina v. N. Whitman is a Professor of Business Administration and Public Policy, at the University of Michigan. This article was first published on The Conversation and can be found here. Image credit: CC by U.S. Navy/Flickr.

Every grain of rice: Air Pollution and Food Security in China
The Rise of the Chinese National Security State Under Xi Jinping