The Rise of the Chinese National Security State Under Xi Jinping 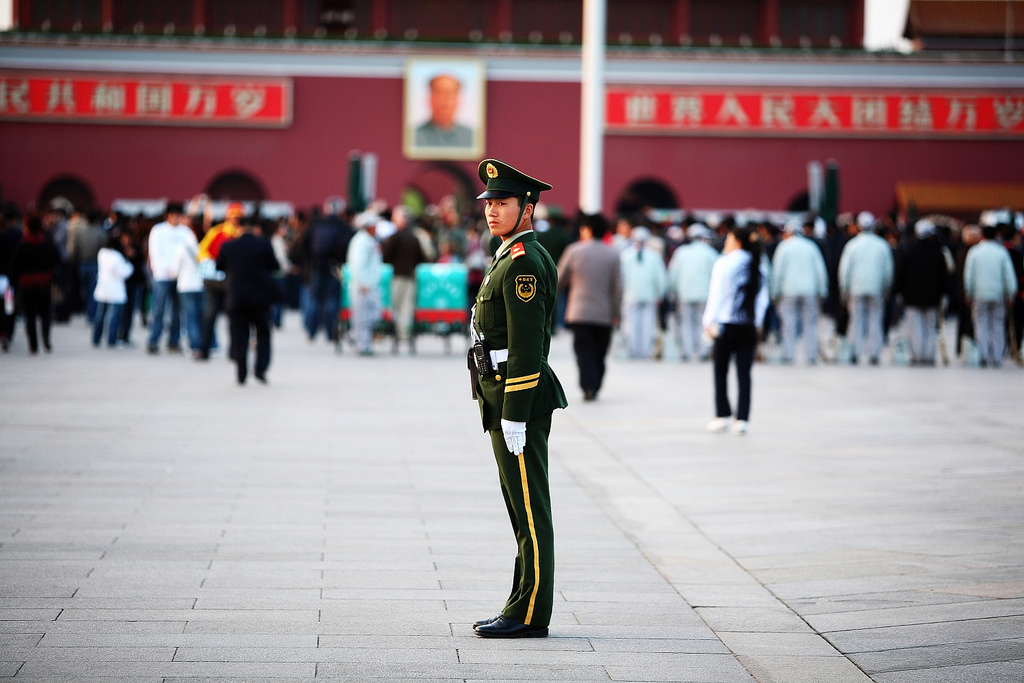 China has flourished since it opened its doors to the outside world and embarked on economic development from the late 1970s. But under the tenure of Xi Jinping, domestic and external security concerns have risen to the top of his administration’s thinking and in its policy priorities. This has led to the re-emergence of a national security state in which the leadership is more concerned with the protection of national borders, physical assets, the and core values, especially the rule of the Communist Party, and is also intensely nationalistic.
The Chinese authorities have been busy in building this national security state over the past few years. This includes the establishment of new institutional and regulatory mechanisms such as a national security commission and new expansionist national security-related laws to the implementation of more assertive domestic and external security postures such as island building in the South China Sea. This paper examines the underlying drivers and strategy behind the rise of Xi’s national security state and the policy consequences.

Between the late 1970s and the early 2010s, economic development was China’s foremost priority, while national security issues were of secondary importance. This contrasted with the fortress-like military-national security state that Mao Zedong had ruled over before then. Deng Xiaoping pressed ahead during the 1980s with economic reforms and opening up the country. But national security challenges regularly intervened and threatened to undermine the economic reform process, most notably in 1989 with the Tiananmen Square protests and again in the mid-1990s as tensions across the Taiwan Strait threatened to escalate into military conflict.

Under the tenures of Jiang Zemin and Hu Jintao between 1990 and 2012, there was an effort to find a more balanced relationship between economic development and national security, although economic issues remained the dominant priority. For Xi, the balance appears to have tipped decisively in favour of national security considerations. Economic development still remains a top concern for Xi, but it is increasingly defined in terms of ensuring social stability.

There are several types of national security state. In predatory security states, the security apparatus uses its power and influence to gain control of lucrative elements of the economy. Russia under Putin is a classic predatory national security state in which the intelligence bureaucracy has extended its tentacles across the economy. A second model is the garrison state in which the country finds itself under severe external threat and the military is the dominant actor. A contemporary example is Pakistan.

A third type of national security state is the control state, in which the leadership oversees a sprawling system of interlocking bureaucracies dealing with internal and external security issues in an integrated approach that emphasizes seizing control not only of traditional security concerns such as military and public security, but also of legal security (the judicial system) and information diffusion (propaganda system). Xi is actively establishing a comprehensive control state in China.

A key driver behind Xi’s intensive efforts to establish a potent national security state is the grave threats that he and the leadership believe that China is facing. In 2014, a newly established National Security Commission met for the first time and Xi was quoted as saying that ‘China now faces the most complicated internal and external factors in [its] history.’ This is an extraordinary claim as the PRC has faced especially severe threats to its very survival between the 1950s and 1970s from the United States and the Soviet Union.

The rationale behind Xi’s pessimistic threat assessment was spelt out in the outline of the country’s first ever national security strategy outline that was drafted in 2015. Admiral Sun Jianguo, a deputy chief of the People’s Liberation Army (PLA) General Staff, explained that China today faced three major dangers:

In the making of the national security state, Xi has put forward a new strategy that he terms as a ‘national security path with Chinese characteristics’ that is a mixture of assertive principles coupled with deep concerns of vulnerabilities. A number of key concepts are behind the shaping this doctrine:

Although not defined as an explicit threat, the Chinese authorities do believe that the U.S. and other major powers are seeking to thwart China’s rise as a regional as well as a global power. In response, China is required to adopt a pro-active and tough posture to ensure its continuing ascendancy.

This more combative security-oriented posture is reflected in a number of internal and external actions that Beijing has been conducting under Xi’s leadership. First is China’s assertive efforts to fortify its control over the disputed Spratly Islands in the South China Sea, especially through massive land reclamation since 2014 that has turned half a dozen atolls and semi-submerged land features into fully-fledged islands able to support military facilities.

A second case was been Beijing’s heavy-handed approach to tackling turmoil on the country’s stock markets in the summer of 2015. A sharp and sustained sell-off in the Shanghai and Shenzhen stock markets led the authorities to intervene and arrest a number of stock market analysts, traders, and even journalists and warn about ‘black hands’ that were causing widespread economic strife.

One of the key hats that Xi wears in his leadership of the national security state is as chairman of the Communist Party’s Central Military Commission (CMC), which he assumed at the outset of elevation as the country’s supreme leader in 2012. During his time as commander-in-chief, Xi has engineered one of the most far-reaching restructurings of the PLA in its history.

While many of Xi’s key reforms are still in the early stages of implementation and facing resistance from powerful entrenched interests, what he has done so far is nothing short of revolutionary when compared with the glacial pace of change that normally occurs in the PLA. The overall goal is to make the PLA leaner, meaner, and cleaner so that it is able to fulfill a growing list of missions from safeguarding sovereignty and Chinese interests around the world to being ready to fight and win high-technology wars on land, in the air, at sea, in outer space, and increasingly in the cyber and electro-magnetic domains.

Some of the most critical areas of reform have been in the following areas:

Over the past few decades, the PLA has struggled mightily and without much success to find an effective working balance of being red, expert, and clean. Xi is hoping that he has laid the foundations and provided a detailed roadmap of the path that the PLA should take over the next 5-10 years (he still has at least another 5-6 years as commander-in-chief) to become a politically reliable world-class military power.

Tai Ming Cheung is the director of IGCC and the leader of IGCC’s Minerva project “The Evolving Relationship Between Technology and National Security in China: Innovation, Defense Transformation, and China’s Place in the Global Technology Order.” He is a long-time analyst of Chinese and East Asian defense and national security affairs. Image credit: CC by Beijing Patrol/Flickr.

[1] It is interesting though that the activities of the NSC have disappeared from open view since its first and only publicized meeting in 2014. Whether the NSC has been become dormant or the authorities have decided to classify its activities is not clear, although the considerable political capital that was expended to establish this mechanism suggests the latter outcome. See Joel Wuthnow, “China’s Much-Heralded National Security Commission Has Disappeared”, Foreign Policy, 30 June 2016.

How the TPP’s demise threatens US national security and Pax Americana
Who Owns Culture? The case of P.F. Chang’s