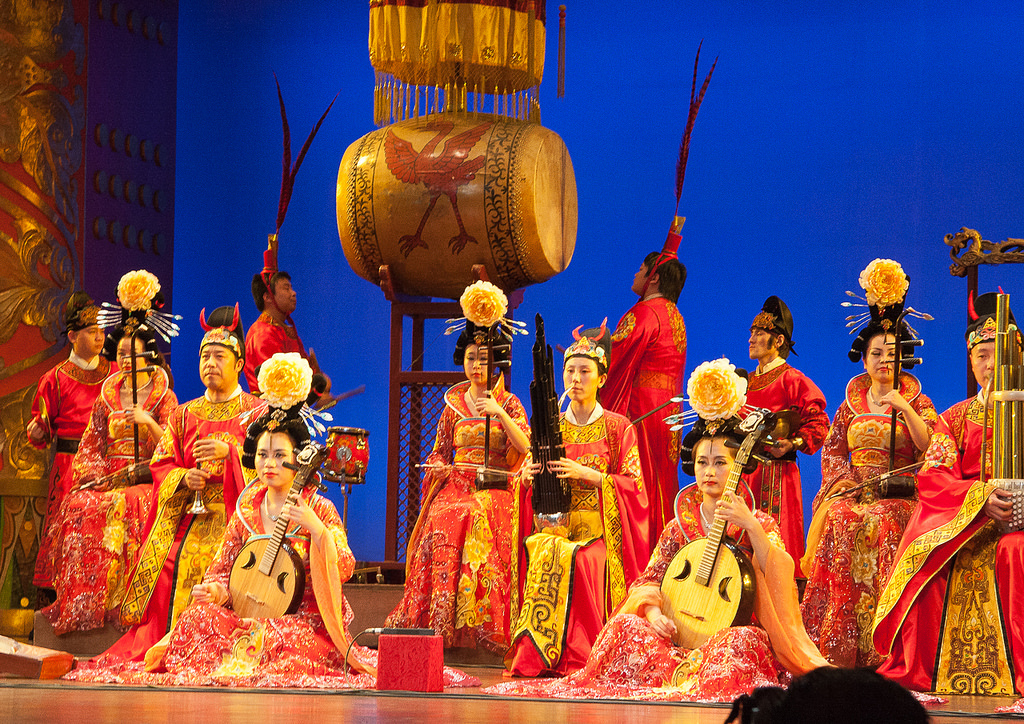 The speech pronounced by Xi Jinping at a conference on political work in higher education on 7 December 2016, together with his 2014 speech at the Beijing Forum on Literature and Art and this 2015 Central Committee document, symbolise the General Secretary’s effort to leave his mark on the CCP narrative on the past, present and future of Chinese culture. These statements accompany a hardening of the Party’s control over cultural production, the media and education. This trend, contrary to many political campaigns of the past, points at the attempt to establish a ‘new normal’ of reduced ideological leeway rather than a cycle of tightening and relaxation. Nonetheless, these policy positions may bolster intellectual and popular support for the regime.

The element of ‘progress’ features prominently in Xi’s narrative of Chinese culture as it did in Mao Zedong’s and Deng Xiaoping’s. Xi identifies cultural splendour as a mark of China’s overall progress as well as a precondition for such progress, which since the beginning of the Reform Era goes under the name of ‘building socialist modernisation’. Deng Xiaoping, in a landmark 1979 speech that set the atmosphere of intellectual life in post-Mao China, predicted that art and literature would flourish thanks to the end of radical politics and the acceleration of economic development. Xi now confidently states that China has enjoyed a ‘new springtime’ of literary and artistic production since the 1978-1979 watershed.

Deng portrayed China’s cultural progress as part of the country’s transition out of the chaos of the Cultural Revolution and into a glorious, modern future. While Xi’s narrative is equally upbeat, he combines the progress narrative with one of return — i.e. the ‘renaissance (fuxing) of the Chinese nation’ that defines his reign motto, the ‘China Dream’. In Xi’s narrative, the buoyancy currently enjoyed by its culture heralds China’s return to its past greatness — a status that aggressive Western powers sabotaged at the end of the nineteenth century. Crucially, while Deng’s 1979 speech signalled a relaxation of political controls that aimed at promoting debate and creativity, the above-mentioned statements stress the importance of Party leadership as well as the political responsibility of artists, writers, scholars and educators.

Intellectuals in the humanities and social sciences constitute the group that such policies and restrictions affect most directly. It is therefore noteworthy how several elements in the policy rhetoric adopted by Xi and the CCP leadership with regard to culture and education echo key trends of post-1989 Chinese intellectual discourse. These include:

To be sure, several of the Chinese intellectuals who expressed such views in the past coupled them with the hope for a more politically relaxed cultural sphere and greater scholarly and artistic freedom. The Party is promising the opposite. Like Chinese emperors from the Han dynasty onwards, the CCP elite is cherry-picking the bits of intellectual discourse that suit the preservation of its power, while discarding those that it deems too ethically demanding for itself or too empowering for the rest of the country. Nevertheless, many — especially on the left of the Chinese political spectrum — will see their hopes and concerns reflected in the Party’s rhetoric.

Nationalism represents one factor that emerges as prominently as ever from these policy statements. The Party today identifies ‘patriotism’ — i.e. CCP-friendly nationalism — as ‘the essence of China’s spirit’ while calling artists, authors and intellectuals to make the renaissance of the ‘Chinese nation’ the central theme of their work. Their ‘sacred duty’ is to spread ‘Chinese values’, increase ‘China’s strength’ and promote ‘the Chinese spirit’. In a more subtle way, Xi Jinping also appeals to cultural nationalism when he peppers his speeches with references to the canon of Han culture and Confucian texts, and even when he garnishes them with expressions in classical Chinese. The effect of such rhetorical strategies is to signal that today’s CCP — in spite of its professedly Marxist creed and radically anti-traditional pedigree — is proudly and essentially ‘Chinese’.

Xi Jinping may favour economic globalisation more than right-wing ‘populist’ leaders in the US and Europe, but he promises to hold cultural globalisation back by protecting China from ‘Western values’. This attitude is likely to resonate positively among many Chinese. According to the Pew Research Center’s Spring 2016 Global Attitudes Survey, ‘despite their overwhelming confidence in their own country, roughly three-quarters (77%) of Chinese believe that their way of life needs to be protected against foreign influence’, up from 64% in 2002; by contrast, only 37% describe the gap between rich and poor as a ‘very big problem’.

Even though the Party’s increasing appeal to nationalism in all its varieties — whether ‘popular,’ ‘cultural’, ’intellectual’ or ‘cyber’ — generates ideological support for its rule, it may also represent an attempt to appease nationalistic sentiments that would otherwise turn against its authority. Having vigorously promoted such sentiments for over two decades, the Party must be aware that they could get out of its control and thus jeopardise the status quo. Furthermore, can the Party-State realistically deliver on its promise to guide cultural production away from profit-making concerns and towards ‘socialist values’? Xi Jinping may soon find out that while censorship and surveillance are relatively easy, China’s ‘State capacity’ when it comes to cultural production has significantly shrunk since 1979.

‘All-Weather Friendship’: COP22 and Its Effect on Sino-African Relations
What we’ve found by mapping incidents of intolerance across South Asia