Eating and Drinking in Chinese Officialdom 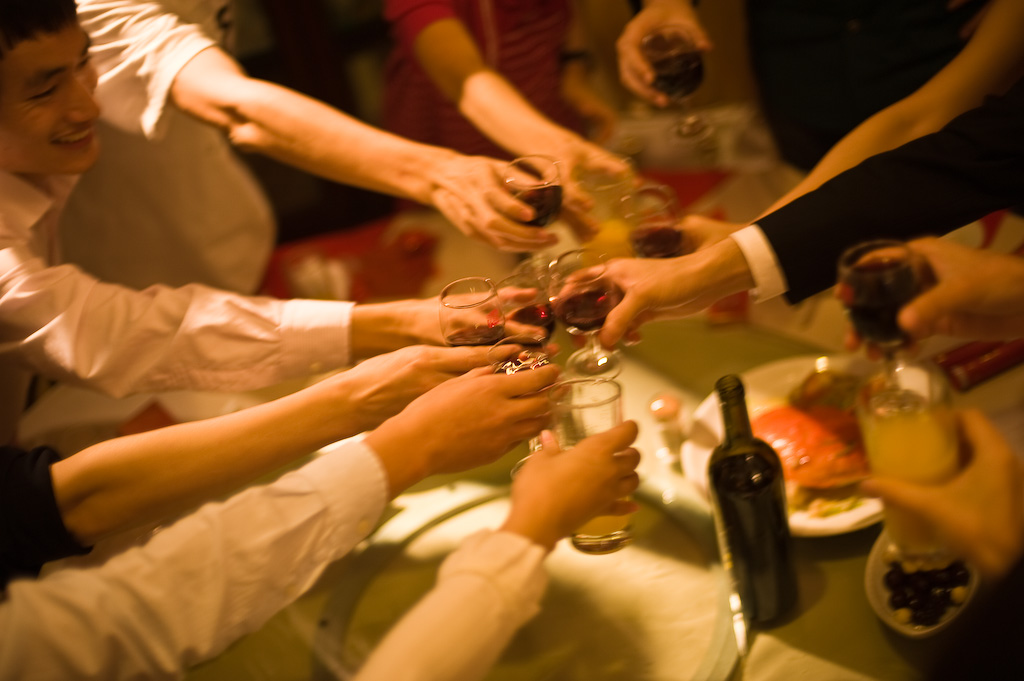 In the period leading up to Xi Jinping’s ascension, banqueting had become both prevalent and lavish in Chinese political circles. These banquets instilled a culture of extravagance among officials, breeding corrupt behavior and squandering public resources. By 2012, nationwide annual public expenditure on eating and drinking by government officials had reached a total of RMB 300 billion.

A number of scholars have researched the root of this behaviour. Mayfair Yang in her book Gifts, Favors and Banquets argues that Chinese guanxi culture has given rise to the custom of building interpersonal ties through hospitality and banqueting. Writing from an economics perspective, Gupta and Abed have suggested that luxurious dining receptions are a type of informal compensation for government officials in many developing countries where the salaries of civil servants are lower than those of private sector workers.

Ting Gong and Hanyu Xiao, however, have argued that lavish dining receptions can be attributed to the structural organization of the Chinese bureaucracy. When it comes to important policy decisions, local government units are subordinate to the higher authorities. This unbalanced relationship pushes local officials to pursue better relationships with higher-level government officials by providing extraordinary levels of hospitality. Lower level officials also host their superiors in order to obtain preferential policies, particularly when competing for limited government resources. In these particular circumstances, eating and drinking are regarded as a more effective and less risky way to build personal networks with higher-level officials than bribery. As Gong and Xiao summarize, it is the interactions between these push and pull factors that has served to normalize this behaviour as a bureaucratic feature.

Successive generations of Chinese leaders have made efforts to solve the problem of excessive consumption by cadres. Immediately after coming to power in 2012, Xi Jinping, the country’s top leader and secretary general of the Chinese Communist Party (CCP), began his anti-waste campaign and issued the ‘Eight Requirements’ against indulgence and profligacy in both the professional and personal lives of CCP cadres, governmental units and the People’s Liberty Army (PLA). One of the goals of this campaign was to eliminate lavish dining receptions for government officials. Recent research by Zhu Jiangnan, Qi Zhang and Zhikuo Liu has provided a comprehensive picture of Xi’s campaign. According to this study, although this type of campaign is by no means novel for the CCP, several features of Xi’s anti-waste campaign distinguish it from those launched by previous leaders.

Aside from its larger scale and longer duration, Xi’s campaign also set clear and specific rules for cadres at all levels rather than vague orders. The campaign ordered: ‘no welcome banners, no red carpets, no floral arrangements or grand receptions for officials’ visits, fewer traffic controls during leaders’ visits and inspection, lower traveling expenses for officials’ trips, and fewer and shorter conferences’. These rules are both specific and easily visible to the public. Accordingly, the ‘Eight Requirements’ have been strictly implemented and scrutinized. By October 2016, the campaign had investigated and punished over 146,000 cases involving around 197,000 officials who had disobeyed the rules. Xi’s campaign has also been accompanied by extensive propaganda and has become a popular issue in the news and on social media platforms. As shown in Figure 1, Xi’s campaign received more coverage and had a longer reporting period by the two nationwide official news agencies than that launched by former President Hu Jintao.

Figure 1. Reporting period and frequencies for the anti-waste speeches delivered by Xi and Hu.

Figure 2. Growth rates of sales revenues of all industries during Xi’s campaign.

The campaign has triggered complicated reactions. The public generally hold the viewpoint that the campaign has been effective in reducing bureaucracy and profligacy within the party, the government and the army. Unsurprisingly, however, some officials have expressed discontent, complaining of hard-earned benefits being taken away.

The campaign also achieved its political ambition. During the leadership transition, Xi’s anti-waste campaign demonstrated his power and influence as new leader. In its early stages, only two provinces, Zhejiang and Shaanxi, indicated their support for the campaign through extensive coverage in the official provincial newspapers. As the campaign increased in both magnitude and effectiveness, cadres nationwide began to perceive and react to Xi’s firm grip on power. More provinces sought to demonstrate their support for the ‘Eight Requirements’, and further media coverage followed. This early success has underpinned Xi’s paramount position within the CCP today. And together with the anti-corruption drive, the resolute crackdown on eating and drinking in Chinese officialdom has helped pave the way for Xi’s position as ‘core leader’.

A new resistance in Kashmir
Purify the Parties