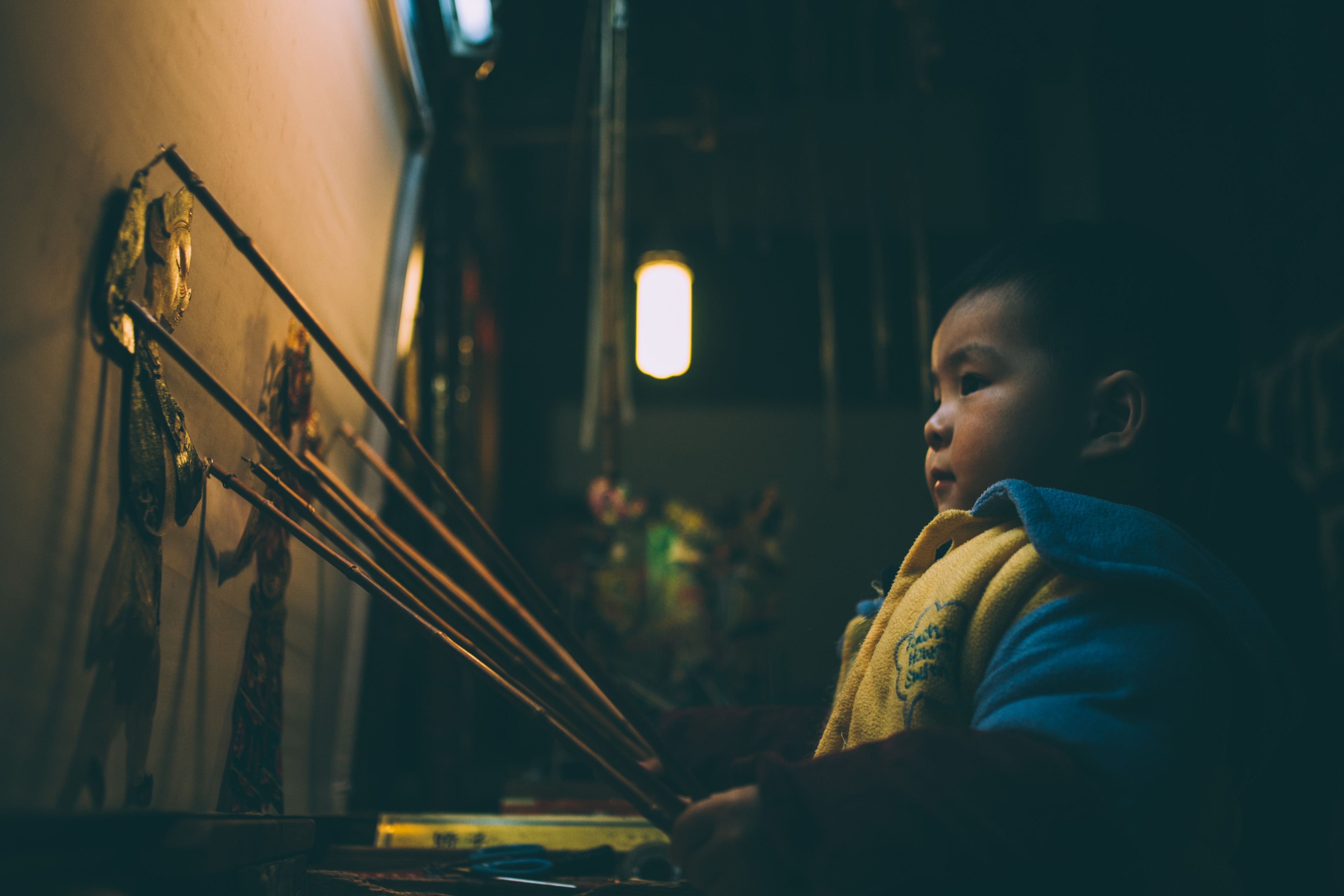 What is ‘shadow banking’? The Financial Stability Board defines it as ‘credit intermediation involving entities and activities outside the regular banking system’ – a rather technical definition that basically describes a non-bank entity which acts like a bank. And what does it mean to act like a bank? Technically, when a bank lends, it does 4 things: (i) maturity transformation – such as using short term deposits to fund long term loans; (ii) liquidity transformation – such as giving depositors an easily transferable asset (i.e. a deposit) while investing the funds in a less easily transferable asset like a loan, (iii) leverage – as banks are not lending out their own capital, but use deposits to fund their loans, and (iv) credit risk transfer – as the bank takes on the risk of the borrower, thereby protecting the depositor, who takes on the risk of the bank. Shadow banks are non-bank entities that fulfill some or all of the above functions.

Shadow banking in China is conceptually different to the shadow banking that brought down the global financial system in the late 2000s. In the US, shadow banking usually refers to the extensive securitization of sub-prime mortgages that brought down the financial system in 2008. Shadow banking was large in proportion to the banking system, involved a complex web of institutions and financial products, involved foreign investors and thereby led to global contagion, and centered around the securitization of housing mortgages. In contrast, shadow banking in China remains smaller than the banking assets, is very much centered on and perhaps driven by the banks themselves, is largely or entirely domestically funded, and is driven by corporate, rather than household, credit demand.

One challenge with Chinese shadow banking is that while the technical definition above still applies, the form it takes is evolving. Investors new to China sometimes remark that shadow banking has been an issue for years. This is because China’s structural set-up – the heavy reliance on credit for growth – has not changed. But there have been changes in how credit is created. Shadow banking in the 2011-2013 period is different in form from shadow banking today from 2014-2016. The back-and-forth game of regulatory pressure and market response has driven this evolution.

So the best way to approach shadow banking in China is to consider its origins. In 2009-10, in response to slowing growth, China’s banks pumped RMB 17.6 trillion worth of net new loans into the economy. In context, this amounted to 58% of the outstanding stock of bank loans at the end of 2008, and 55% of 2008 nominal GDP. The central bank tried to tighten credit in 2011, but corporates had gotten used to easy credit and continued to demand more. Banks also wanted to continue lending to corporates, as this supported growth in assets and near-term profits. Thus, though the central bank imposed constraints on bank lending, including the use of loan quotas and a cap on the customer loans-to-deposits ratio, banks continued to find ways around these regulatory constraints.

The central bank’s official data on social financing shows a boom in non-bank financing in 2011-2013. One classic method was banks cooperating with trust companies, which in China are essentially very flexible investment vehicles. The bank would lend funds to the trust company, which in turn made the loan to the corporate. In effect, this means the bank did not need to record the loan as a customer loan, allowing it to get around the regulations. Other shadow areas of finance included entrusted loans, which involved one corporate lending to another corporate, as well as undiscounted bank bills, which are bank letters of credit which are reported as contingent rather than on-balance sheet liabilities.

So shadow banking originally referred to trust lending, entrusted lending and undiscounted bill financing. This changed over the 2012-13 period, culminating in June 2013 when the central bank allowed interbank rates to spike and made regulatory changes that forced banks to reclassify any interbank loans used to ‘channel’ funds through a trust company to a corporate. Banks transferred much of the shadow banking exposures from off the balance sheet or in the interbank book, to the investment securities portfolio – where they are recorded as ‘receivables’. Most analysts now consider the ‘receivables’ as shadow loans which should be included in the official loan book. At some joint-stock and city commercial banks, these portfolios are very large, in many cases as large as loans. Meanwhile, the rate of growth in trust loans and undiscounted bills fell sharply, to negative levels. The risk in entrusted loans is contractually borne by the corporate lender, rather than the intermediary bank, so regulators moved less aggressively on this segment.

While some light was shed in that particular area of shadow banking, the new hot topic is wealth management products. These are investment products sold to households and corporate clients, which offer a higher yield – and theoretically, more risk – than deposits. However, for reputational reasons or to attract customers, the banks usually tacitly guarantee a return, even where it is contractually stated otherwise. Effectively, if a WMP makes losses, the bank uses its own funds to repay investors and itself bears the losses. WMPs have grown rapidly and there is evidence that they invest in corporate bonds, which helped drive a surge in onshore issuance in 2016. Meanwhile, WMPs are mostly reported off the banks’ balance sheets, thus making them part of the ‘shadow sector’. The driver here is investors’ demand for alternative investments and higher returns, given the large size of the money supply compared to GDP and the dearth of onshore investment opportunities (and some would argue, a gambling mindset).

How do these fit into our description of shadow banking above? We illustrate using the diagram below. The middle column shows financial intermediaries, including banks and non-banks such as trusts or WMPs, as well as other typical institutions. The fourth column shows credit flows. In effect, all credit creation outside of the banks can technically be called shadow banking. It is benign – and indeed, desirable – when it involves a relatively well regulated insurance firm or mutual fund purchasing corporate bonds. It is more worrying when it is non-transparent and under-regulated vehicles like WMPs purchasing low quality corporate bonds, especially when it is uncertain whether the investor or the distributing bank will bear the credit losses. Of course, there also exist the still more exciting fields of informal or curbside lending, traditionally in Wenzhou but increasingly migrating to peer-to-peer internet lending platforms. Some of these are dodgy but others are run by listed companies, such as Ping An’s Lufax subsidiary, which is now seeking its own IPO. These are large in absolute terms – peer-to-peer was estimated at RMB 680bn in mid-2016 – but not in proportion to the financial system; there is also little official data, so we will not discuss in depth.

In sum, shadow banking in China is driven by, on one hand, credit demand from corporates, and on the other, credit supply from depositors seeking returns. The traditional banks, the largest of which are still state owned, fail to meet either of these needs, forcing the market to evolve its own solutions. This also explains why regulators have not just shut everything down – they recognize shadow banks serve a vital purpose in the economy, so the regulatory aim is to formalize and control, rather than outright ban, shadow banking. Yet fear of an overly harsh crack-down has meant a piecemeal approach that allows arbitrage, while liquidity injections to forestall systemic concerns serve to heighten longer-term risks.

To be sure, a thriving non-bank financial sector is a healthy outcome: It diversifies risk away from banks, freeing up balance sheet capacity and allowing the financial sector to service a broader range of households and corporates obtain. Deposit rate liberalization was a big step forward, and banks report a growing share of loans to small and medium-sized enterprises, albeit not necessarily to private micro-enterprises. Regulators have had success in taming trust lending. But China still has work to do in improving transparency, loss-bearing and risk pricing in the financial system.

Matthew Phan, CFA, is a senior analyst at CreditSights, the independent credit research firm. He covers the USD bonds of Asian financials and specializes in the Chinese banking system. Image Credit: CC by 小豪豪 Wu/Flickr.