Many Belts, Many Roads: How China’s Provinces Will Tweak a Global Project 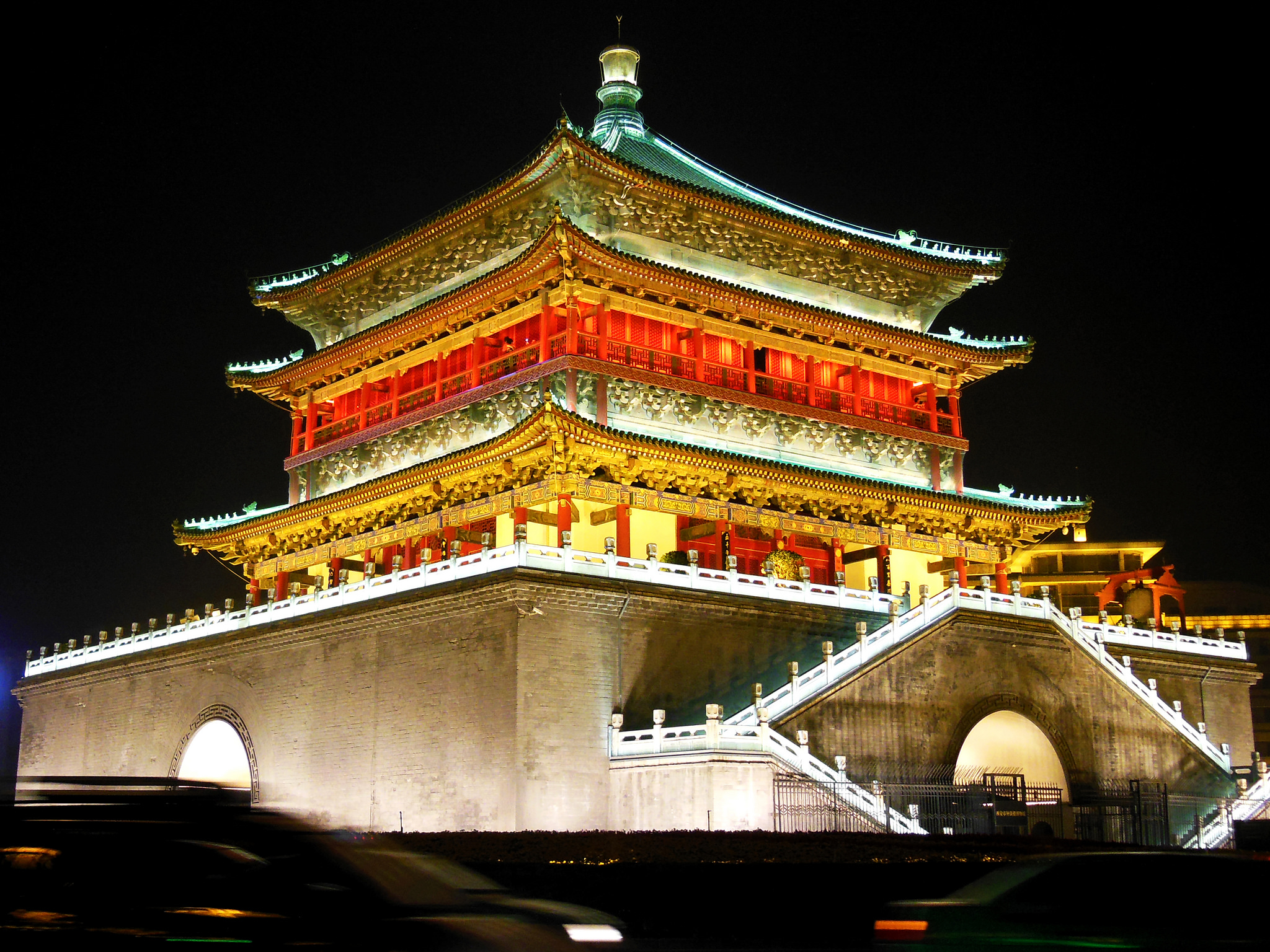 There are numerous interpretations of the rationale behind China’s “One Belt, One Road” initiative. At one end, OBOR is an economic instrument to vent surplus domestic industrial overcapacity and shift heavy-polluting industry inland; an energy security project to alleviate China’s dependency on the Malacca Strait as its primary corridor for resource imports; an infrastructure program to improve trade connectivity; a commercial initiative to challenge U.S. and Russian operations in Southeast and Central Asia, respectively; and a foreign policy tool to bolster China’s global authority.

After being announced in fall 2013, OBOR has now moved from a conceptual to operational stage. China has set up financing arms of the project through the multilateral Asia Infrastructure Investment Bank, policy banks (the Export-Import Bank of China and China Development Bank), and consolidated funds (Silk Road Fund). China’s Ministry of Commerce (MOFCOM) figures show that in the first three quarters of 2016 alone, China purportedly directly invested $11 billion in OBOR countries.

Understanding the Communist Party’s underlying motivation for OBOR is a question best explored by historians. If governments and businesses want to understand how to best collaborate with this monumental initiative, however, it is imperative that they understand the forces that shape China’s national-level policies.

China cannot be conceived of as a single, unified economy. Each province possesses differing demographics, a unique culture and history, and a distinct economy. Levels of development are inconsistent from province to province.

There are policy and organic reasons for the differences. During China’s period of economic reform in the 1980s, Deng Xiaoping initially prioritized China’s coastal development. In 1988, he explained his rationale: The coastal areas, which comprise a vast region with a population of 200 million, should accelerate their opening to the outside world, a feat made easier by their access to maritime trade. China should help them develop rapidly first, Deng reasoned; afterward the coastal areas can promote the development of the interior.

At the Ninth National People’s Congress in 1999, then Communist Party of China (CPC) Secretary General Jiang Zemin gave formal policy articulation to Deng’s vision. He initiated the “Great Western Development” later that year. The two-decade long project has generated a marked improvement in the interior’s development. However, the initiative has so far been unsuccessful in eliminating the development gap. In fact, by most measures the coastal-interior divide is widening. After experiencing a period of construction-fuelled economic growth in the 2000s, the western Chinese provinces’ infrastructure development, GDP, and wage growth have all slowed.

These differing provincial economies and levels of development have obvious influences on regional policy priorities. Extractive and commodity processing economies with flagging economic growth like those in China’s central and northeast provinces have considerably different regional objectives from geographically-favoured Guangdong province, which is ideally positioned at the mouth of the Pearl River Delta with a booming economy dominated by light manufacturing export.

To assist achieving these development targets, regional administrators are afforded a measure of administrative decentralization. Decision-making and fiscal policy are both decentralized. Beijing has recognized since late imperial times the impossibility of unequivocal administrative control over all of its provinces due primarily to the tyranny of distance.

To give an example of China’s decentralized political system, by the end of 2015 local government debt was equal to 41 percent of GDP – thanks to expenditures run up by provincial officials funding infrastructure projects. And in some areas Beijing is moving toward less, not more, oversight. The State Council recently cancelled the requirement for central government approval on 246 items to expedite paperwork and permit provincial officials greater administrative autonomy.

Thanks to this autonomy, provincial policymakers have historically been the engine for forming regulation. Far from a cloistered bureaucratic machine in Beijing that imposes authoritarian fiat upon the nation, provincial administrators are often the architects of public policy. If local government “pilot policies” are successful after being tried on a smaller scale, they are incrementally implemented until they are adopted across the nation.

This is a logical bureaucratic system for a country functioning with hugely divergent economies. Local officials are most familiar with the conditions of their territory, and are therefore best-positioned formulate policies to stoke regional economic growth. Although there are certainly measures that ensure Beijing maintains political control – rotating provincial officials every five or so years, controlling political appointments, exercising audits, etc. – administrative decentralization is a fair characterization of how China governs its territories.

Similar to other CPC “grand” – that is, national or international in scope – policies, the OBOR initiative is ambiguous. The most comprehensive official document to date, the 2015 “Vision and Actions on Jointly Building Silk Road Economic Belt and 21st-Century Maritime Silk Road,” does not offer any functional policy prescriptions. Although sounding virtuous, language of “jointly creating an open, inclusive and balanced regional economic cooperation architecture that benefits all” or “win-win cooperation that promotes common development and prosperity and a road towards peace and friendship” leaves the general reader and policy analyst similarly bereft of substantive policy objectives. While in CPC plenary documents ambiguous language is usually the result of unresolved debate within the Party, in OBOR’s case it is the product of OBOR’s nature as a “framework” policy that acts as a guide rather than an explicit directive. The policy gains structure through implementation.

As with any country, the distance between paper and practice is large. This is especially true of China for two reasons: the bureaucracy is colossal and, as previously mentioned, there is substantial provincial economic and developmental variation. Coordinating China’s 10 million cadres, who are embedded within thousands of central, provincial, autonomous prefecture, municipality, and county government ministries, commissions, and departments, is an administrative Gordian knot. Policies with national or international scope like OBOR must therefore maintain flexibility.

“Many Belts, Many Roads”

While OBOR is touted as a grand vision of central government directive, as with other regulation, local governments exercise interpretive latitude in execution. At the implementation stage, OBOR functions as a touchstone for furthering individual provincial interests rather than a policy of grand planning and design. Canny provincial administrators in collaboration with enterprises can lump projects under the OBOR banner to receive cheap loans or advantageous regulatory approval, even if the overarching ambition to improve trade connectivity may be dubious. Each province possesses a set of differing development priorities which can be shoehorned into the OBOR initiative.

There are expedient reasons to appeal to OBOR. By undertaking large projects under the OBOR banner, Beijing will bestow political favour onto compliant provincial officials. These cadres receive the additional bonus of having their OBOR projects highly publicized. The public relations exercise adds to the prestige of the specific province undertaking the project, while also enhancing OBOR’s momentum and legitimacy.

The numerous competing interests mean that OBOR presents a kaleidoscopic picture. Rather than “One Belt, One Road” we have instead “Many Belts, Many Roads,” each of which are conceived in a different manner from their neighbouring provinces, or even inter-regionally.

For example, Guangdong province’s Zhuhai may develop a plan where one route snakes southeasterly, linking with the port of Darwin in Australia. Another route could head southwesterly, bypassing Singapore before calling into Bangkok, then through to the Port of Gwadar before traveling overland across the China-Pakistan Economic Corridor to be distributed in Kashgar. Shantou, also in Guangdong, could envisage their OBOR ambitions encompassing augmented port infrastructure for Wewak Port in Papua New Guinea, carrying through to Malaysia’s “Melaka Gateway.” To the southwest, Kunming, utilizing rail connections to Southeast Asia, hopes to function as a distributive node for mainland China.

Local governments are OBOR’s engine. Prospective collaborators should therefore meet with provincial administrators to discern how OBOR will be implemented according to their administration’s conception. Government departments and enterprises will substantially benefit from these conversations. Provincial officials can demonstrate to Beijing that they are actively seeking to advance OBOR’s execution, and gauge specific country and industry interest; collaborators will build their professional network and gain insight into officials’ economic development priorities for the province. It’s a win-win scenario.

Adrian Raftery is currently undertaking a Masters of Public Policy at the Australian National University. This article was first published on The Diplomat available here and has been reposted with the authors permission. Image credit: CC by Dimitry B/Flickr.