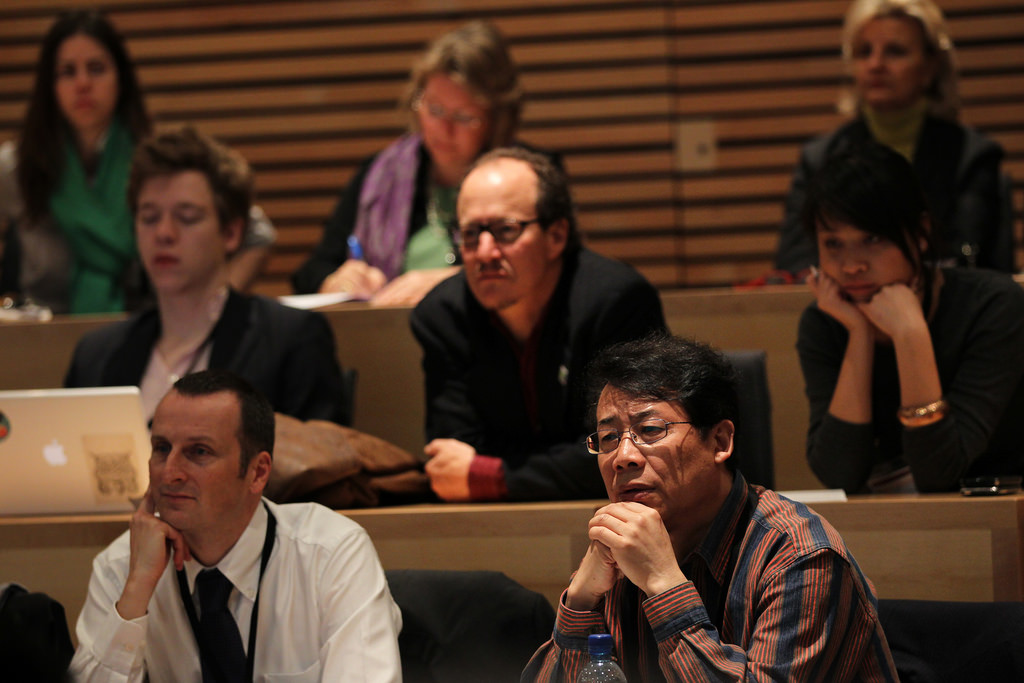 A great challenge facing many Chinese reformers since the late Qing era has been to build a unified and strong nation that is also energized by a vibrant civil society.  Such efforts have been hampered to varying extents by a patriarchal tradition that is based on hierarchical and dependent relationships.  This tradition has continued to influence civil society and NGO development in contemporary China.

For Liang Qichao, Chinese communities at his time, in general, lacked self-governing capacities; this observation strengthened his belief that China needed gradual reform rather than a revolution, otherwise China would likely face the replacement of one form of tyranny by another form, reminiscent of Alexis De Tocqueville’s analysis in The Old Regime and the Revolution.

Writing in the 1930s and 40s, the renowned Chinese anthropologist Fei Hsiao-Tung argued that personal networks emerged in traditional China to mitigate the abuses caused by a centralized and unaccountable government bureaucracy.  When given the opportunities, each individual would try to build his unique personal network to further his own interests or those of his close family members and associates. As most of these personal networks arose randomly in response to specific individual or collective interests, no reliable mechanisms existed to hold them accountable.

These networks could be used for socially beneficial purposes, but some could also be used for socially destructive ones. Such informal networks differ from contemporary civic associations in the West, in which once the institutional foundation of a civic association is built, the personal networks that helped its initial establishment would become less and less important.  Individuals may move in and out of it while the association persists to serve its constituencies. In traditional China, in contrast, personal networks and civic associations often moved as well as grew and died together with the specific persons involved.

As shown in my research with Xueyong Zhan at the Hong Kong Polytechnic University, party-state connections are key to the operational success of many environmental NGOs in today’s China because the ability of these NGOs to accomplish many operational goals is still premised on whether government officials recognize their existence and trust that they are not a source of political trouble.  One, however, may question whether an NGO that is trusted by government is also one that can be an impartial agent for conflict resolution and a champion for social justice.

Business organizations in China have traditionally had strong ties to government as well.  This is rooted in the traditional socialist economy in which public enterprises themselves are created and owned by governments.  Even among the privately created and owned enterprises, ties to government have remained important to their success.  As indicated by Victor Nee and Sonja Opper’s research, such ties have decreased in importance in recent years. This is especially true among firms that rely less on government entities to obtain factors of production and are more exposed to international markets, while many firms remain highly dependent on governments to secure lands, obtain government permits, and pass regulatory requirements.

The current Chinese leadership appears to understand the potential contributions of NGOs to addressing various types of social and economic issues.  While they support a gradual expansion of the philanthropic and NGO sectors, they have also tried to put them under tighter party and government control.  To consider the prospect for future development of the NGO sector in China, we must answer two critical questions.  One is internal to the sector itself, that is, how to strengthen the self-governing capacity of individual organizations so that they can survive beyond the tenure of the initial founders.  The other one is external, that is, how to develop collaborative relationships with the party-state, but at the same time maintain a reasonable degree of autonomy.

If the experience of the business sector is a guide, NGOs must first be able to develop their sustainable capacity to operate beyond a narrow set of personalized networks.  With that foundation, they can be in a better position to seek greater autonomy from government control.

Shui-Yan Tang is Francis R. and John D. Duggan Professor of Public Administration in the Sol Price School of Public Policy at the University of Southern California.Image Credit: CC by Skoll Foundation/Flickr.