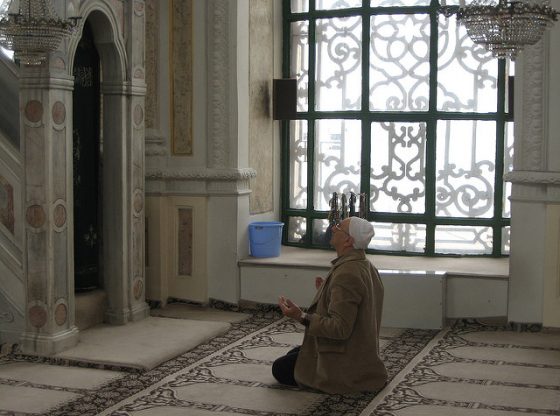 Many major religions of the world promote compassion, tolerance and moderation. Unfortunately, there are those individuals or groups who have misused religion to convince people to commit atrocities. Over the past two decades, the world has witnessed terrorism coming from the deviant forms of Hinduism, Judaism, Christianity, Buddhism, Islam or Sikhism. One of the remedies to cure this is for religious teachers and scholars from the respective religions to rectify the deviance by replacing the wrongful interpretation of religion with the rightful ones.

Terrorists of today commit atrocities in the name of religion, particularly those who belong to groups like the Islamic State of Iraq and Syria (ISIS), al Qaeda and its affiliates such as Jemaah Islamyiah (JI) and Boko Haram. These groups commit violence and mass murder in the name of Islam. By the skillful manipulation of Islamic concepts that many Muslims hold dear, these terrorists are slowly making inroads into the hearts and minds of the Muslim masses particularly among its youth.

The job of these terrorists is made easier by the continuous conflicts in many Muslim communities worldwide where terrorists portray their ideology and movement as the defender and saviour of the oppressed Muslims everywhere. A suitable response requires providing a viable alternative interpretation of these concepts that can be accepted by the masses, necessitating a role for qualified speakers of the faith to engage with terrorists who are being detained. Such measures will not just address the misrepresentation of religion but also ensure that once terrorist detainees are released, they will have developed the capacity to resist straying back to their old path and reintegrate back into the society.

Religious ideology is important and all-encompassing in terrorist organisations as it permeates the structure, viability of the organisations and to gain support from the masses. There are many paths to terrorism, and its causes are complex and often multi-factorial. However, ideology is a uniting force for many terrorists. Irrespective of how individual terrorists come into a terrorist organsation, ideology – as formed in the realm of a person’s mind – allows them to share a common goal, a sense of brotherhood and provide meaning (or justification) for their struggle. This is especially so for ideology that has deep religious undertones.

In terrorist groups and movements, ideology plays a significant role. Firstly, ideology is the organising principle of the terrorist organisations. It provides a motive and framework for their actions. Secondly, as demonstrated by ISIS and subsequently other terrorist groups, ideology provides justification for their acts of violence. Thirdly, ideology is a language of mass mobilisation. Calling for jihad in the garb of performing an Islamic duty has enabled terrorist groups to continuously indoctrinate and recruit terrorist members. Fourthly, in the guise of a social programme, ideology can generate Muslim public support whether as supporters who provide financial, logistical assistance or as sympathisers who do not morally condone these acts, but showed signs of sympathy towards the cause of terrorist groups. Finally, over time, the ideology will further radicalise Muslim communities by indoctrinating them into a culture of violence and radical interpretations of Islam.

Thus the best form of medicine is that which targets the affected organ – in this case the mind. A deradicalisation process or religious rehabilitation is needed to deconstruct the ideology that is being misconstrued by terrorists and that can only be addressed by religious scholars. This process is defined as the process of “changing an individual’s belief system, rejecting the extremist ideology, and embracing mainstream values.” In order to fulfill this process it is for the religious scholars to challenge the negatively imbibed ideology and replace it with the rightful understanding of Islamic knowledge,  to exemplify Prophet Muhammad’s teachings of the values of mercy and compassion. This will also protect the sanctity of Islam from being tainted by terrorist groups.

The Religious Rehabilitation Group of Singapore

After the news of the arrest of Singaporean JI members in late 2001, a group of Muslim religious teachers (known as asatizah) argued that the responsibility to reflect upon extremist ideologies rested upon the asatizah fraternity. To correct the misconstrued understanding of Islam by the JI members, religious counsellings, dialogue and discussions were  identified as the way forward. Together, this group of asatizah formed a voluntary group called Religious Rehabilitation Group (RRG) that has partnered with Singaporean authorities to allow the asatizah access to radicalised detainees.

RRG was officially formed in April 2003 and initially had only 16 male and 5 female asatizah. The former counsel the JI detainees while the latter worked with the wives and children of the detainees. Since then, the group has grown in size. While the RRG’s primary objective was initially to rehabilitate the JI detainees, the group has since broadened its scope to include counselling detained self-radicalised individuals and those who support ISIS. After years of counselling efforts, the hard work paid off. More than 60 JI members have been detained since 2001, and at least two-thirds of them have been released.

To necessitate a holistic approach to rehabilitation, the RRG partnered with the voluntary Inter-Agency Aftercare Group (ACG) which was established in 2002. The ACG is a voluntary community effort between different Malay-Muslim agencies and organisations that provide assistance in the form of emotional, social and financial support for the families of detainees. To tackle the problem of youth radicalisation, RRG and ACG organised several youth forums to raise awareness of the threat of terrorist ideology and to inspire youths to play an active role in countering it.

RRG has made continous efforts to demystify ideas that advocate segregation, hatred and violence, and replace them with messages of peace, tolerance and mutual understanding and respect that Islam propagates. Beyond counselling, RRG also conducts seminars and community forums. The objective for reaching out to the community is for them to have a clear perspective of Islam’s position when it comes to extremism and violence, as well as to ensure that they are not swayed by online terrorist propaganda. For this, RRG has set up a website and a Facebook page to take the counter-narrative efforts online and aid in preventing the vulnerable from being led astray.

In the fight against terrorism, rehabilitation or deradicalisation can be seen as an innovative approach that goes beyond strategies that rely on harsh oppression and detention of terrorists. Efforts to rehabilitate/deradicalise terrorists in prisons have provided a platform for convicted terrorists to express remorse, repent, or recant their violent ideology. Drawing from the experience of the RRG, religious scholars play a vital role in correcting the mindset of detainees who misinterpret religious concepts to serve political ends.

The religious component in deradicalisation programmes cannot be simply copied and pasted to suit the programme. While certain common principles can be shared among stakeholders, programmes must be tailored according to the demands of each country and reflective of a continuous process of learning.