Is China on a collision course with world football’s governing body? 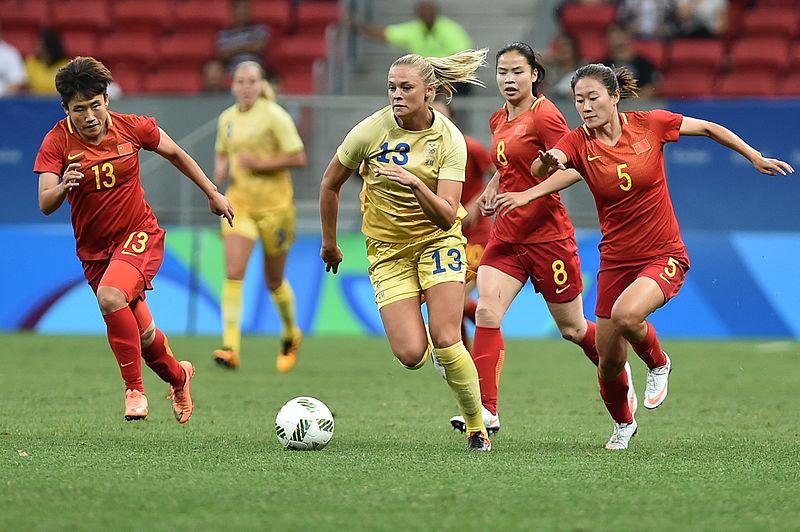 Trent Sainsbury may not realise it, but he recently became the epicentre of a seismic shift in global football governance. The Australian is a 25-year-old defender who had been playing for Chinese Super League side Jiangsu Suning. In January he signed for Italy’s Inter Milan on a short-term loan deal.

This looks like a relatively innocuous move – but it was not. Inter and Jiangsu are both owned by Suning, a Chinese electrical retailer (in Inter’s case the company purchased a 70% stake in the club last year). In other words, Suning own both the buying and the “selling” club.

This immediately raises questions about conflicts of interest, although it is not just a China-related issue. The likes of Red Bull and the Pozzo family are also owners of multiple football clubs. However, China’s ongoing football revolution seems to be premised upon taking control of and exercising influence over football’s global supply chains. There have been widely reported rumours that Suning is also seeking to buy a high-profile player representation agency.

World football seems to be heading in the direction of multiple conflicts of interest which authorities have been slow to address. In some parts of the world, there are clear club ownership rules. In England an investor with more than a 10% ownership stake in one club cannot own more than 9.9% of another. Under UEFA rules, an investor cannot own a controlling stake in two teams which qualify for the same competition.

Globally, the rules are neither as well developed nor as rigorously enforced. And it’s not just Suning which is keen on multiple ownerships; businessman Jiang Lizhang owns Spain’s Granada and China’s Chongqing Lifan. But China is testing the boundaries of football governance elsewhere too. There are suspicions among observers that outward Chinese investment in overseas clubs is sometimes heavily linked to the state – particularly given President Xi Jinping’s stated ambition to turn China into a football powerhouse.

This raises a broader concern about multiple ownership and conflicts of interest. Indeed, reliable reports indicate that the English Premier League has hired investigators to examine China’s portfolio of English club acquisitions for connections to the government. Standards of governance within China are often opaque, an issue compounded when the state is involved and the country’s investors are moving capital across international boundaries.

Ideally, FIFA should intervene to provide guidance and leadership. The problem is, football’s world governing body appears to be rather in thrall to China at the moment.

The organisation’s scandals of recent years have mired it in financial difficulty, something Chinese property group Wanda admits it took advantage of when securing a lucrative deal to become one of FIFA’s main long-term sponsors. In 2016, the company also acquired Infront Sports and Media, a Swiss-based company which manages media and marketing rights for international sports organisations. One of its biggest clients is FIFA.

So, as one Chinese company (Suning) highlights weaknesses in football’s ownership and labour market rules, another (Wanda) is aligning itself with world football’s governing body. One might be inclined to see the two as unrelated; however, China is hugely ambitious and highly adept at capitalising on its network of influence.

These networks are inevitably never more than one or two degrees of separation away from the Chinese state, which is crucial in our understanding of the governance challenges that football now faces. For further evidence of those challenges, consider the case of Beijing Guoan.

As 2017 began, the Chinese Super League club was a perennial underachiever. Now, it is one of the world’s most valuable clubs. Previously owned by the conglomerate Citic, a 64% stake in “The Imperial Guards” was acquired by property developer Sinobo Land. This has valued the club at US$800m, about the same as Italian giant AC Milan.

It remains unclear what the precise nature of relations are, or have been, between Citic, Sinobo and the Chinese government. It is worth bearing mind, however, the words of Scott Kennedy, China expert at the Center for Strategic and International Studies, who has a clear view on how the state intervenes in business:

Chinese bureaucrats believe that they have the right to intervene in their country’s economy whenever they want … to promote certain industries … Officials believe that they don’t have to defend or explain their decisions in real time … being opaque preserves their discretion to make changes on the fly.

This may be one reason why Beijing Guoan has just ascended into a position among world football’s elite; a demonstration of state ambition as much as it is an investment opportunity. If this becomes viewed as a case of market manipulation, then it represents a challenge to the governance of football as China seeks to rapidly position itself as a member of the game’s upper echelons.

This ambition is clear in China’s voracious appetite for overseas player signings. Fans have looked on in exasperation and awe as China’s biggest clubs have hoovered up talent for greatly inflated transfer fees and salaries. The common refrain is that the Chinese have more money than sense; that the spending bubble will burst.

Yet China has used this strategy in other industries to undermine competitors. Fortune magazine observed: “[The country] divides and weakens rivals by appealing to their greed.” So, is China’s inflation of transfer fees and salaries a deliberate ploy to draw high-quality playing resources away from European rivals, as well as inflicting financial pressure?

They wouldn’t be the first. England’s Premier League has hardly been innocent of skewing market values with massive bids for players, but this has been accidental rather than intentional. If covert Chinese state intervention in football is real, then it is of profound significance for global football governance.

Inter Milan fans are no doubt looking forward to Sainsbury starring for the Italian giants. However, right now, China and its investors are the ones that are turning in match-winning performances. Football governance is being pushed to its limits by China; and like a flat-footed defender, world football is struggling to work out how to respond.

Simon Chadwick is a Professor of Sports Enterprise at the University of Salford. This article was first published on The Conversation and can be found here. Image credit: CC by Wikipedia Commons.