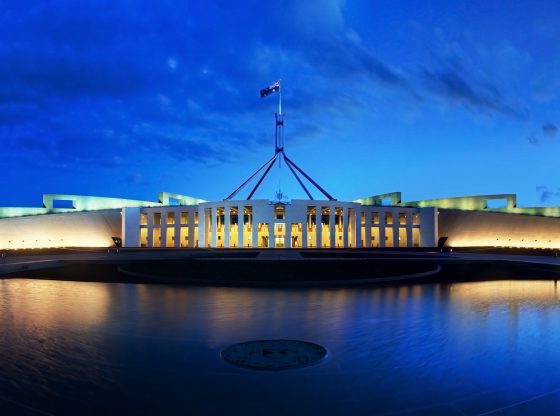 Australia’s new post-sentence detention regime for terrorists is a timely reminder of why Australia needs to focus on international cooperation in counter-terrorism.

Australia has passed a new law allowing a court to order the continued detention of a convicted terrorist after they have served their sentence. The law is intended to ensure the safety of the community by providing for the continuing detention of terrorist offenders who pose an unacceptable risk of committing terrorism offences if released into the community.

The law implements a recommendation of an independent reviewer, however, the appropriateness of detaining individuals post-sentence without a new trial has been questioned by academia, civil society, and parliamentarians.

A limitation of the new law as a counter-terrorism tool is that it requires a successful prosecution to have occurred in the first place as it only applies to individuals already convicted of terrorism offences.

Australia’s Attorney-General has said about 110 Australians were known to be fighting with militant groups in Iraq or Syria, 65 Australians have been killed and 40 have returned from those countries. An additional 200 are said to be under investigation on suspicion of links to terrorists. Speaking in support of the new law, Australian Federal Police Deputy Commissioner Phelan stated that law enforcers currently have “180 persons of interest in 75 active counter-terrorism operations.” Phelan said police would prefer to prosecute returning foreign fighters “but the practical realities of that are… we may not be in a position to prosecute everybody that comes home due to the lack of admissible evidence.”

Despite these official numbers, there have been no successful prosecutions of returned Australian foreign fighters who have fought in the Syrian or Iraq conflicts. There is only one current prosecution of a returned foreign fighter. In November 2016, Mehmet Biber was charged with foreign incursions offences after allegedly fighting with Jabhat al-Nusra in Syria. He returned to Australia from Syria in January 2014 but it took more than two years for him to be charged because it was difficult to obtain evidence from Syria, according to Australian Federal Police Assistant Commissioner Neil Gaughan: “This has been a protracted investigation and a very difficult one… Evidence collection [from] Syria is extremely difficult based on the fact there are no competent law enforcement officers working in the region.”

How can Australia secure successful prosecutions?

The only way Australia can obtain the evidence it needs to successfully prosecute these individuals is through enhanced international cooperation in the following areas:

Even where mutual legal assistance treaties exist and police-to-police cooperation is agreed at high-level meetings between politicians, there must be meaningful and enduring inter-agency cooperation on the ground for these laws to have a counter-terrorist effect. For example, human resources are needed for police to undertake liaison officer roles.

Australia has made significant efforts in this area. A bilateral meeting between the Australian and Turkish Prime Ministers in 2015 revealed that the first inter-agency counter-terrorism talks between Turkey and Australia only occurred in late 2014. However, the Prime Ministers of both countries have highlighted their commitment to “closer police and operational support” including joint training exercises between their national police forces, “increasing liaison and cooperation between relevant agencies,” and “sharing information that will lead to prosecution of terrorists.”

For many partner countries, their ability to operationalise these laws will require Australia to invest in capacity building efforts to help build law enforcement and governance capacity so that their police, judiciaries and bureaucracies are able to assist Australia. This is crucial to ensuring admissibility standards of foreign evidence are met, for example, that evidence is not obtained as a result of torture or duress.

Australia recently announced $40 million AUD in funding to Indonesia over the next five years for Australia-Indonesia cooperation on security and justice. This will fund the Australian Federal Police’s work with the Indonesian National Police, provide assistance to Indonesia’s judicial institutions, build capacity to prosecute cases, and develop investigative capacity. It is these sorts of capacity building programs and partnerships that will assist Australia with its longer-term counter-terrorism efforts.

To prevent people from joining Daesh, and to gather intelligence on their overseas activities, Australia needs to build intelligence sharing relationships beyond the traditional five-eyes intelligence community.

Australian Prime Minister Malcolm Turnbull has described intelligence as a “key priority” in countering the threat of foreign fighters and is working on increasing Australia’s intelligence sharing arrangements.

Turkey is an example of a country not typically associated with Australia in terms of intelligence sharing but which has in ﻿recent years been a focus of Australian efforts to increase intelligence sharing. The Turkish Prime Minister has said Turkey will, at the request of Australia, detain and return Australians suspected of transiting through Turkey on their way to join Daesh.

Even with this new flow of intelligence, and assistance in preventing Australians travelling to conflict zones, the threat posed by returned foreign fighters still needs to be mitigated and prosecutions are a potentially very effective way of doing this, with up to life imprisonment for some terrorism offences.

Where to from here?

There is certainly merit in detaining convicted terrorists who continue to present a danger to society. However, the dearth of successful prosecutions of returned foreign fighters to date, and the reasons why prosecutions are so difficult, require a refocus of efforts on how to overcome these barriers to prosecution.

Improving legal structures for international crime cooperation, fostering inter-agency cooperation, capacity building and intelligence sharing are concrete actions that can be taken to help prevent Australians from joining Daesh in the first place, and if that fails – facilitating successful prosecutions for their foreign fighter activities.

There has been an extraordinary amount of counter-terrorism legislation rushed through the Australian Parliament in the past few years. Now is the time to pause and reflect on how Australia’s existing counter-terrorism laws can be effectively implemented.

Teneille Elliott is a doctoral candidate at the National Security College, Australian National University. Teneille previously worked in Australia’s national security community, where she held legal roles with agencies including the Department of the Prime Minister and Cabinet and Attorney-General’s Department. Image credit: CC by Wikimedia.