Fears of a Growing Tempest: Are Dark Clouds Looming Over Duterte’s Philippines? 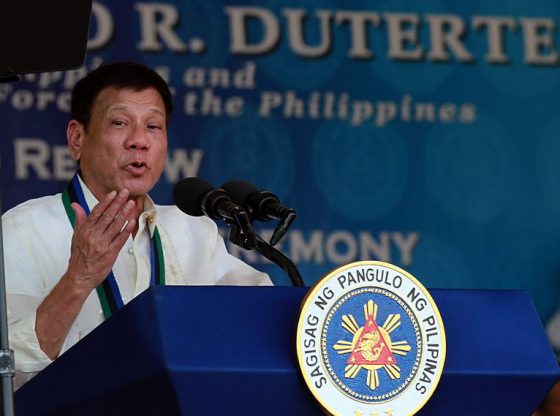 For many, the 2016 Philippine presidential election was considered to be the turning point for a country crippled by decades-long corruption and abuse. Emerging victorious was then Davao City mayor, Rodrigo Duterte, whose fiery rhetoric claimed the hearts of many Filipinos tired of unfulfilled promises by ‘traditional’ politicians. Much has changed in the Philippines since Duterte became President. Needless to say, his first six months have sent shockwaves throughout the world. A highly controversial war on drugs and his unorthodox foreign policy have clouded some of his noteworthy achievements.

Last July, at a time when Philippine media began to focus on ‘extra-judicial killings (EJKs),’ I wrote an essay discussing the matter in relation to human rights, justice, and social order. In it I argued that, although EJKs deprive one’s right to life, the threat effectively discourages criminal activity. Yet, EJKs and the retributive death penalty gives ‘justice’ only in the short-run. In the end, however, I was convinced that fear in the long-run can bring forth a fear of the law, and increase adherence to it. That is not to say that violence in the process of securing justice is acceptable, but that it is a necessary evil for now.

For months, both the local and the international media expressed their concerns and criticised the President over the bloody drug war. However, few realize that the situation did not develop overnight. For years, many Filipinos have continued to work abroad as Overseas Filipino Workers. In a society that regards family highly, the effects can be disastrous. In fact, the existence of a large Filipino diaspora has been eroding the basic structure of Philippine society.

Adding to this is the apathy of Filipinos in a nation competing for survival, where poverty-stricken families are its most vulnerable members. The rationale is best desribed as: “If it does not affect me, then it does not concern me.” Hardened by this, society eventually came to accept that murder, corruption, and bureaucratic inefficiencies were normal, and that one’s safety was one’s own responsibility.

Hungry and weary, it is unsurprising that a majority welcomed President Duterte and his radical reforms. Promises of alleviating the Filipino diaspora and tackling corruption were incredibly appealing. Those familiar with Machiavelli’s book, The Discourses, will find it interesting to consider whether the President has been inspired by it. In Book One, Chapter 9, Machiavelli states:

One should take it as a general rule that rarely, if ever, does it happen that…a republic…[is] radically transformed…unless this be done by one person…The prudent organizer of a state whose intention is to govern not in his own interests but for the common good…should contrive to be alone in his authority. Nor will any reasonable man blame him for taking any action, however extraordinary, which may be of service in…a republic. It is a sound maxim that reprehensible actions may be justified by their effects, and that when the effect is good…it justifies the action. For it is the man who uses violence to spoil things, not the man who uses it to mend them, that is blameworthy.

A Brewing Storm Lurks Ahead

At the beginning of 2017, President Duterte retained a high approval rating of 83% as reported by Pulse Asia, a long-time public opinion polling body in the Philippines. However, though a clear majority continues to trust the President, recent events have begun to weaken his position. For instance, in December 2016 the Philippines was shocked by the death of Albuera Mayor Rolando Espinosa, allegedly murdered inside his prison cell by the Criminal Investigation and Detection Group, an investigative arm of the Philippine National Police (PNP).

The controversial and high-profile murder increased doubts over the objectivity of the war on drugs, and the government’s adherence to the rule of law. However, to many of the President’s supporters, the death of a drug lord came as welcome news. Yet,  in January 2017, reports that South Korean businessman Jee Ick Joo was murdered within the grounds of the PNP headquarters shattered police integrity. President Duterte has vowed justice over the incident.

The bright sunny sky that characterized the beginning of President Duterte’s administration is starting to grow dark and cloudy. As more instances of abuse occur, the trust of the public will continue to wane. Although I believe that the President will continue to be trusted and his personal integrity remains intact, he should be wary of whom he trusts. The verdict of this war lies heavily on their performance.

Sylwyn C. Calizo Jr. is a graduate of economics from the University of Santo Tomas, Philippines. His research interests revolve around the four elements of sustainable development. Namely: economics, politics, culture, and nature. Image Credit: CC by Wikimedia Commons.