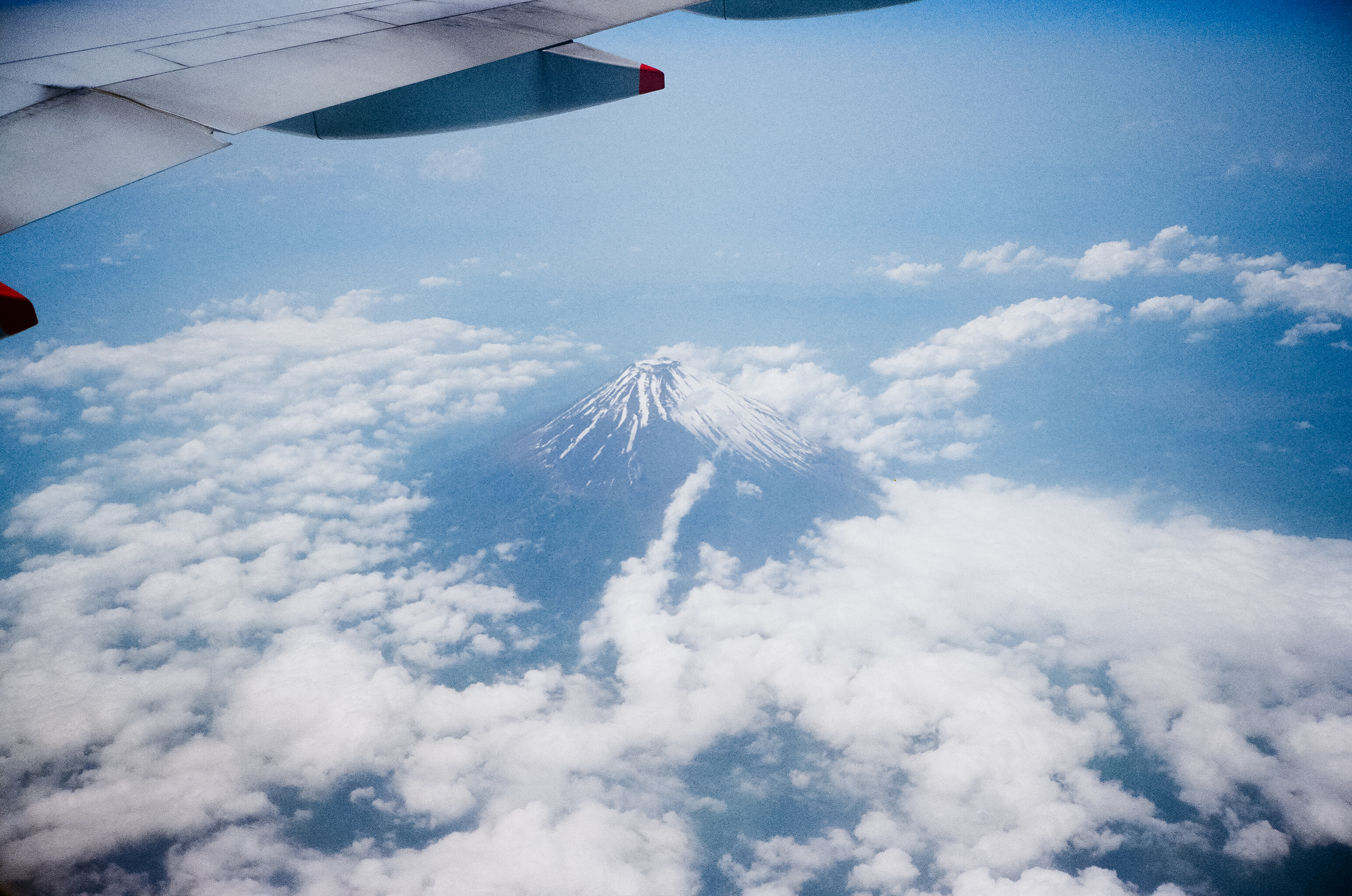 Japan has been active in weapons research and development (WRD) for several decades. During the 1990s, Tokyo and Washington penned an agreement to develop newer and more sophisticated weapons systems, including technology designed to conceal and designed to kill. In fact, many of these military agreements have been kept secret for years. These weapon development ranged from an improvement in underwater machines making them less susceptible to detection, to missile-based target-seeking devices and newer, faster, and more powerful rockets to enhance existing missile systems.

This expansion in WRD came after a long hiatus following Tokyo’s devastating experimentation in military expansionism in the decade prior to the Asia-Pacific War. Today, we see profound changes taking place in the area of WRD in Japan, which now aims to become a more active security player in the Asia-Pacific region. We have witnessed a revival of Japan’s armament industry with the aim of developing a possible alternative to the country’s dependence on US weapons imports. In 2015, Japan approved a record defense budget increase and has recently taken steps to boost its ‘logistics’ cooperation with the US and its military. Some of these measures have been formalized as security policy aimed at countering China’s growing political and military influence in Asia and other regions as far as the Middle East and Africa. This policy shift has also been provoked by the unwillingness of the US government to share the latest defense technology and weapon systems with Japan. One such example being the sale of the F-22 Raptor jet, which ended up being blocked by Congress.

As a result, Japan once more has deemed it better to develop its own new, high-end, cutting edge weapon systems. Over the past decade, Japan has been developing an ever-increasing array of new weapon systems. Among others, the Soryu-class submarines (the name once held by one of the world’s most advanced aircraft carriers during the 1940s which sailed as part of the Imperial Japanese Navy’s [IJN] main fleet at Hawaii and Midway), the P-1 naval patrol plane, and high quality military systems on par with those in the West.

Despite this, Japan has yet to export any significant new military systems though seeming to occupy a prime position for doing so. Reluctance, inability, or just plain failure to export this technology relates to the lack of expertise and understanding among the Japanese defense industry, as well as the government, on how to successfully market and sell their products internationally. However, the development of a 5th generation fighter jet could give Japan a new opportunity to export its military hardware. The Mitsubishi X-2 Shinshin (sometimes the ATD-X), which is undergoing tests for another couple of years, offers an appealing opportunity for Japan to change its approach in marketing its military hardware. Japan should aim to incorporate buyers early in the process, an approach successfully taken by the US with the Joint Strike Fighter (JSF) F-35. This resulted in a global network of nations procuring the JSF, an example demonstrating how WRD can help to develop cooperation with potentially new and valuable security partners.

However, given the dense market for 5th-generation fighters – the F-35, Russian and Indian PAK 50s, and China’s recently-demonstrated J-20 – the list of possible nations willing to work with Japan remains limited. Japan is relatively inexperienced at designing next generation fighters, and at testing them in combat. Hypothetically, one potential target stands out: Taiwan. Faced with severe Chinese opposition, Taiwan has not been able to procure any recent high-end military equipment from any country asides the US, which is bound by the 1979 US-Taiwan defense relations act to sell arms to Taiwan. Despite this law, Taiwan has still had its fair share of difficulties in procuring US weapon systems – in particular, high-end weapon systems, which it very much desires in light of China’s rapidly increasing defense capabilities. Bush senior was the last president to sell Taiwan high-end military technology and advanced weapon systems, which Shannon Tiezi interestingly observed was a decision driven more by national US political interests rather than geopolitical and military interests in East Asia. The sale of F-16A/B jets to Taiwan guaranteed an additional 6,000 jobs for the US, something that Bush sorely needed.

Ever since, Taiwan has been able to buy moderately sophisticated US military hardware – systems that were long in use by the US and other allied militaries, such as P-3 Patriots, AH-64 Apaches, and MH-60 Blackhawks. And even though, as Kent Wang asserted, the US Pentagon has recommended selling Taiwan the F-35, it seems extremely unlikely that this will happen. The Obama government did not give any consideration to the F-16C/D block updates, and the previous government in Taiwan under president Ma had mostly given-up trying to acquire updates for the F-16. Despite recent overtures from President Trump to Taiwan, and an incoming presidential staff more favorable to Taiwan and increasingly anti-China, there is good reason to question whether the new US administration will sell high-end military fighters, such as the F-35, to Taiwan. The possibility of Taiwan acquiring new, high-end fighters, even updated 4th generation jets, is therefore unlikely. Taiwan, then, seems an excellent (at least in principle) target market for Japan. Indeed, Taiwan has demonstrated strong interest in acquiring new defense fighters.

In recent years, Taiwan has, much like Japan, sought to (re)start its indigenous defense industry, resulting in the development of remotely piloted aerial vehicles (RPAVs), surface-to-air-missiles (SAMs), and a new generation of cruise missiles, capable of hitting targets on the mainland – including major centers such as Shenzhen, Shanghai, and Guangzhou. Taiwan has likewise more than hinted at its interest in building a new fleet of submarines – an area of military development in which Japan excels – possibly with the help of the US. Taipei also gave the green light on Taiwan’s fighter trainer development recently and has aspired to further developments still. Taiwan will also start upgrading its F-16s in early 2017, facilitated by newly upgraded hanger facilities as discussed by Aerospace Industrial Development Corporation (AIDC) Chairman Anson Liao.

In 2016, Japan became the fourth country in the world to fly its own stealth fighter jet, built by Mitsubishi Heavy Industries. More than mere symbolism, the X-2 provides Japan with the opportunity to enter into budding military and defense markets beyond the export of stealth submarine technology. Unlike the F-22 and the F-35, conceivably Japan can do whatever it likes with its very own X-2, which bears a striking resemblance to its F-22 Raptor counterpart. The costs associated with developing this technology will have to be recovered. And as is the case with all technologies, they will eventually spread to other nations.

Selling the X-2 would mean Japan following in Washington’s footsteps. So what? Even in its relative infancy, the X-2 shows promise as a military instrument. Still much is yet to be discovered about the maneuverability of the stealth jet, and Japan’s technology has yet to be tested in actual combat. But Japan’s X-2 could be Taiwan’s gateway to the elite stealth club and the platform from which to leap from 4th generation to 5th generation military assets.

In 2015, Pakistan entered into negotiations with the US to acquire the single-engine JSF, noted Islamabad’s Chief of the Air Staff (CAS) Air Chief Marshal Sohail Amen. Such negotiations could take years at best. With the development of the X-2, the US is no longer the only state to turn to for this technology. Japanese sales of the X-2 could come with a drastically different and even less stringent rule-book. Unlike the US, Japan may allow states to make modifications, additions, and alterations to improve the performance of the machine. Japan, in turn, might even welcome assistance in the X-2s overall improvement, which is likely to be a work-in-progress for years to come just like the F-35.

There is room to question the sale of Japan’s X-2. Taipei’s acquisition of the X-2 would send a message, but the question is: what kind of message? There is no doubt that X-2 sales to Taiwan would be seen as a provocative, if potentially lucrative, action for Japan; one announcing Japan’s arrival as a high-tech arms dealer. On several occasions, China has warned Japan over some of its military gestures that have the potential to ‘cripple regional peace and security.’ Tokyo would have to consider seriously before putting its jet on the market is the attitudes of such states as China. A far more tested and developed JSF in high demand, the F-35 has a great order book. Moreover, the sale of the F-35 to Taiwan could attract some negative attention from Washington.

Japan once had an indigenous fighter project called the F-2 (produced in two versions), but the numbers produced were limited, and its unit cost was extremely high. The Japanese Defense Agency (JDA) expected to acquire over 100 aircraft. The X-2 project, still in relative infancy, could repeat this pattern and its cost-recovery price tag might prove prohibitive for Taipei. Should we question whether Japan’s depressed economy today can afford to carry through on such an expensive fighter project again, particularly when the US is likely to push its F-35 sales on Tokyo?

Another field requiring further analysis is the relationship between Taiwan’s defense needs and the X-2. We have to keep in mind that even the F-35B STOVL still needs ground logistics to sustain high-tempo sorties, which are easy targets for Chinese missiles. In this, critics would be apt in questioning the allocation of funds for a jet that could be shot out of the sky so easily when it can continue to fly its tried, tested, and true F-16 fighter jets. Taiwan may well be misplacing its priorities if it sees stealth as the ticket. What Taipei needs is missiles, new systems and upgrades to the existing Hsiung Feng missile systems to form its main fighting power, among other systems and platforms.

As such, any possible sales, or defense agreement on the joint development of a fighter jet based on the X-2 would foremost need to be considered through the lens of future Japan-China relations. However, it is entirely possible that relations between both nations will further deteriorate, thereby creating the political capital, will, and incentive among Japan’s political and military leadership to engage Taiwan as a possible partner in the sale and subsequent development of the X-2 jet.

Scott N. Romaniuk is a PhD Researcher in the School of International Studies, University of Trento. He is the Editor of Insurgency and Counterinsurgency in Modern War (2015) and The Palgrave Handbook of Global Counterterrorism Policy (2017). Tobias J. Burgers is a Doctoral Researcher at the Otto Suhr Institute, Free University Berlin, from which he holds a Master’s in Political Science. Dr. Shih-Yueh Yang received his PhD from National Chengchi University. He is an Associate Professor at the Department of International Affairs and Business, Nanhua University. Image Credit: CC by henrie tsai/Flickr.

Fears of a Growing Tempest: Are Dark Clouds Looming Over Duterte’s Philippines?
The Philippines, Duterte, and the Undeserving Poor