The Philippines, Duterte, and the Undeserving Poor 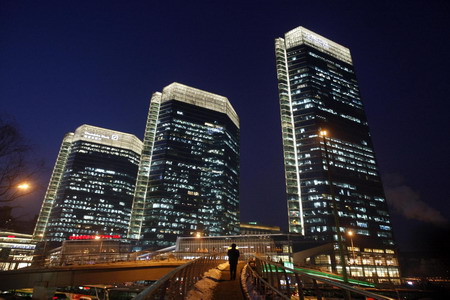 On the eve of the 2016 Philippine election, then presidential candidate Rodrigo Roa Duterte announced to voters that he was ready to be their ‘father’ and promised them a comfortable life. Citing the failings of previous administrations, he promised to crack down on crime and corruption and attend to Manila’s failing infrastructure. He also promised to do this quickly.

Official figures show that poverty incidence in the Philippines is on the decline, 21.6% in 2015, down from 26.6% in 2006. Self-rated poverty has followed a similar trend, down from 64% in 2006 to 42% in 2016, albeit with higher recorded incidence. Nevertheless, the World Hunger Index 2016 reported that 13.5% of the population of the Philippines is under nourished.  Meanwhile 30.3% of children under five are stunted, an alarming rate for a Middle Income Country (MIC), and nearly two million people cannot afford the basic necessities of life. Duterte is reported as aiming to reduce poverty by 25% over the next three years.

Extreme poverty is often associated with Lower Income Countries (LIC). However, sharp domestic inequality is frequently seen within countries experiencing outwardly healthy national economic growth. This is the case in the Philippines. The archipelago has recorded extremely healthy GDP growth over the last few years, even rivaling that of China. Yet, the benefits of this growth have not reached millions of the islands’ poorest families.

Inequality is stark in cities where the rich live in relatively close proximity to the poor. Economic growth in the Philippines is concomitant with rapid urban development in Metro Manila. However the expansion of gated communities, luxury condominiums and malls coexists with a dense network of shanty communities, high levels of pollution, an overburdened mass transport system, and some of the worst traffic in the world. The thin veneer of urban functionality in Manila is easily disrupted when it rains as the drains immediately back up and the already slow moving traffic grinds to a halt.

In Manila over four million people, out of a total of 12 million, live in densely packed slums. Slums dwellers often do not have security of land tenure and slums arise wherever a space can be found. Slums are found on steep hillsides, perilously close to railway tracks, alongside rubbish dumps, and in and around graveyards. Waterways such as rivers, canals and esteros are also a magnet for slum dwellers as sanitation and drainage are often otherwise non-existent. Sometimes it is difficult to distinguish between a ‘house’ and a ‘shelter’ as entire families can be seen eking an existence on the streets with only a tarpaulin, wooden box, vacant pedicab or even cardboard sheets to call home. The general population has become inured to this situation. This environment, and similar communities throughout the Philippines, is the backdrop to Duterte’s war on drugs.

The very first Executive Order that President Duterte signed when he came into office was aimed at making the agencies that dealt with poverty more efficient and responsive. In October 2014 President Duterte signed Executive Order No. 5 of the National Economic and Development Authority (NEDA), or Ambisyon Natin (our ambition) 2040, with the aim of eradicating hunger and poverty by 2040. The plans are committed to engagement with local stakeholders. This order incorporates four medium-term development plans that are intended to operate over a number of future administrations. The Philippines will rely on continuing economic growth and tax adjustments to fund poverty reduction.

Poverty and inequality is clearly a significant political issue in the Philippines, not least because the vast majority of voters belong to the C, D and E classes. Successful politicians have to appeal to the poor. However, Duterte’s promise of a comfortable life seems to be targeted only at the deserving poor. During his miting de avance, Duterte said that ‘we cannot build a nation by killing people’ (in relation to Moro separatism) whilst in the same speech clearly stating that he would like to kill drug lords and rapists. Since his election more than 6,000 people have been killed in Duterte’s war on drugs. Critics of his policy have been dismissed as ‘idiots’, whilst those concerned with human rights have been threatened with death. Virtually all of the casualties of Duterte’s war on drugs have been poor, leading to accusations that Duterte’s war is actually a war on the poor. The drug of choice for the poor is shabu, otherwise known as methamphetamine or crystal meth. The Philippines’ contemporary poor shabu users can be equated to the lack of sobriety amongst the Victorian undeserving poor.  Duterte argues that drugs are the scourge of society. However his critics claim that the killings are illegal, target even occasional drug users and are designed to silence those able to name those further up the chain of supply. It is argued that the police are complicit in the killings. Nevertheless, Duterte’s popularity ratings remain high.

In other countries the language of the undeserving poor is arguably seductive as a rationale for cutting welfare payments or foreign aid; in the Philippines the undeserving poor are shot. Whilst it has to be acknowledged that drug users and drug use are intimately connected with criminality and cause untold social misery, the strategies that Duterte has sanctioned are also criminal and cause untold human misery. However, in order to be effective, Duterte’s war on drugs will perhaps be better fought in alignment with Ambisyon Natin. Rehab users in the Philippines tend to be male, poor and addicted to shabu.  Equating poverty with drug use is perhaps an overly simplistic correlation, after all not all poor people are drug users. However, it makes sense to cut off the supply of shabu and also provide alternative economic opportunities for drug users. Shabu might seem like a reasonable option when the only other option is a life of destitution. If Duterte is serious about reducing poverty and winning the war on drugs, he needs to be less discriminatory in his aspirations.

Pauline Eadie is an Assistant Professor in the School of Politics and International Relations at the University of Nottingham and former Director of the Institute of Asia and Pacific Studies. Her most recent edited book is ‘The Evolution of Military Power in the West and Asia: Security Policy in the Post-Cold War Era’ (Routledge with Wyn Rees). She is currently primary investigator for a three year ESRC/DFID ‘Joint Fund for Poverty Alleviation Research’ funded project entitled ‘Poverty Alleviation in the Wake of Typhoon Yolanda’. This project is run jointly with colleagues at the University of Nottingham, Ningbo, China and the University of the Philippines, Diliman. She tweets at @EadiePauline. Image Credit: CC Wikimedia Commons