Duterte & Trump: What Now for the Philippine-American “Special Relationship”? 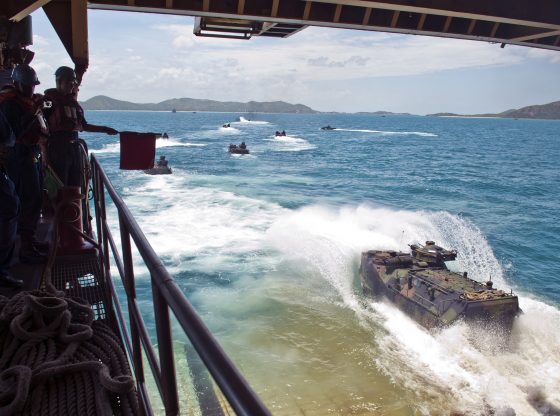 The relationship between the United States and the Philippines is paradoxically both tense and tender. Having been an American colony for almost fifty years, the United States granted the Philippines independence on 4th of July, 1946. Since then, the Philippines has looked to America for foreign aid, economic leverage, and military security. In return, the United States has enjoyed privileged access to the islands’ natural resources and used the country as a springboard for conducting its military operations in Asia. This reciprocal relationship has proved fruitful for both countries, generating an alliance that is one of the most dependable of any geopolitical partnership. Today, the Philippines remains one of America’s staunchest allies, with an approval rating for American actions that tops the highest recorded on the globe. Likewise, the American government has characterised the partnership as a special relationship, built on “strong historical and cultural links and a shared commitment to democracy and human rights.”

Last year, however, this supposedly unbinding partnership began to demonstrate the burgeoning fissures of dissent. The alliance began to unravel with the election of Philippine president, Rodrigo “Digong” Duterte in May, 2016. Dismissed by many as an inflated populist, Duterte’s firebrand rhetoric and characteristic bellicosity captured the popular imagination of the Filipino people, sweeping him to power in a landslide victory that shocked the established political order in the islands. During the campaign, much of his trademark verbal venom was directed towards the United States. In April, 2016, Duterte chastised former American ambassador to the archipelago, Philip Goldberg, for supposed interference after Goldberg criticised Duterte’s now-infamous comments about the rape and murder of an Australian missionary in a Davao prison. Following the election, Duterte continued his anti-American tirade almost habitually, suggesting he was “about to cross the Rubicon” between the Philippines and the United States.

Both American and Filipino officials have been quick to dampen the caustic tone of Duterte’s diplomacy. Yet, with the election of American president Donald J. Trump in November of last year, this sort of damage-limitation has proven harder and harder to manage. On the campaign trail, Trump included the Philippines in a long list of “terrorist nations,” proposing Filipinos should be among those barred from entering the United States. The statement generated furore in the Philippines, with one congressman filing a resolution to ban the American president from travelling to the country. Since then, demonstrations in Manila against Trump’s travel-ban (in which the Philippines was not included) have exemplified the growing gap between the two nations, generating considerable tension between two of the strongest allies on the planet.

So, what does the future hold for this increasingly strained relationship? Will the Philippines look towards new partners such as Russia or China to readjust its strategic alliances as Duterte has suggested? Will the United States no longer provide the archipelago with the economic and military aid necessary to maintain the Philippine government’s precarious position on the world stage? There is no easy answer, but one particularly pressing consideration may illuminate some of the more distinctive facets of this increasingly complex problem.

Perhaps the most overt indicator of the need to maintain cordial relations is the increasingly assertive behaviour of China, arguably America’s greatest rival and the Philippines’ most powerful neighbour. Chinese interest in the South China Sea (known in the Philippines as the West Philippine Sea) has brought tension and tumult to both Washington and Manila. Ignoring the Philippines’ victory in a United Nations ruling, China has continued to assert its authority over the disputed region. This ongoing proclamation of Chinese power has done much to irk the new American administration. Less than a month ago, Trump’s pick for Secretary of State, Rex Tillerson, suggested sending a “clear signal” to China that any ongoing military build-up in the region would not be tolerated. Since then, several commentators have suggested the two countries are heading towards a frightening collision course as geopolitical tensions continue to harden around the South China Sea.

There is no doubt that the special relationship between the Philippines and United States is under increasing pressure. As both leaders settle into their respective tenures, something will have to give if the two are able to unite on issues of mutual interest. Of course, there is no guarantee that such an entente will come to fruition. Trump’s stance on barring supposedly “terrorist nations” has already come to pass. The question of if, and when the Philippines will be included remains an open issue. Meanwhile, Duterte has made repeated overtures towards bilateral talks with China; cutting the United States from the negotiating table continues to be a distinct possibility. There is, however, one thing that is certain: we are witnessing a pivot in the Philippine-American relationship. The question remains as to which direction it will lead.

Elliot Newbold is a postgraduate researcher in the University of Nottingham’s American & Canadian Studies Department and an editor at IAPS Dialogue. His research focuses on American perceptions of Philippine independence. Image credit: CC by CARAT/Flickr.

India-Pakistan Tensions and Evolving Contours of Regional Cooperation in South Asia
Kerala was a beacon of hope for India on gender issues, but things are changing for the worse