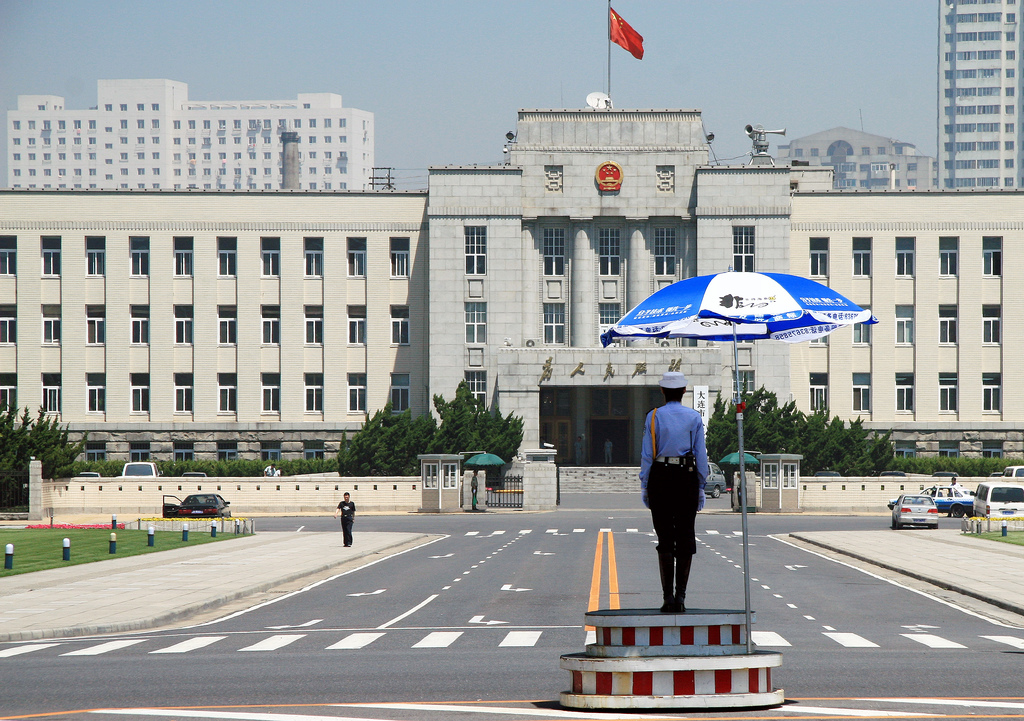 In assessing the depth and the impact of Xi Jinping’s anti-corruption campaign, few provinces are as interesting as Liaoning (遼寧). The reason for this curiosity comes in part because Liaoning, quite simply, is the buckle on the north-eastern “rust belt,” having once been the beating industrial heart and the molten steel veins of the Chinese Communist Party (CCP) modernization project. Today, it is also an area where extensive corruption has come to light amid industrial restructuring, a downturn in the coal industry, uniquely negative economic numbers, and a huge election-fraud scandal exposed last September.

As the CCP pushes for “a new overarching Chinese anti-corruption super-agency,” efforts and challenges at the provincial and local level — particularly in areas bordering foreign countries — are more important than ever. Peripheral provinces and border regions help us to recognise the intense interplay between and even contradictions within Xi’s various propaganda themes and policies. For example, the huge amount of money sloshing into projects associated with “One Belt, One Road” it can just as easily be diverted into the coffers of corrupt actors both in neighbouring states and in the mainland provinces that border them.

Like the expulsion and investigation of Liaoning former Party Secretary Wang Min (王珉) that preceded it, the fallout from the vote-buying fiasco of September 2016 in Liaoning has yet to be fully clarified. In Fushun, the depressed and occasionally sinking coal city where Wang Lijun once waxed rhapsodic about his muscular dispatch of gangsters, heads of coal industry were investigated and a new Discipline Inspection Commission set up. The Liaoning scandal reached as far as the top echelons of Shanghai’s impressive higher education sector, where Fudan University Party Secretary Wei Xiaopeng (魏小鹏) was brought down in the investigation.

Wider still was the impact near the North Korean border, in China’s key trade hub with the DPRK. In Dandong, a number of officials have been shuffled since investigation of the vote-buying scandal ensnared Ma Xiaohong (马晓红) the young CEO of the Hongxiang firm, for allegedly selling North Korea materials which could be used in its nuclear and missile programs. On the 7th January 2017, the PRC Foreign Ministry said that the investigation of Ms. Ma was “ongoing,” indicating that there may yet be room for her to maneuverer, and possibly cash in her share of the company. Yet in this seemingly rare intersection of UN sanctions enforcement with the anti-corruption campaign, Xi Jinping may have found a formula for more investigations of local officials in the border region.

The new Party Secretary of the Dandong city committee, Liu Xingwei (刘兴伟), therefore has a difficult task ahead. He takes the path of most other officials by mimicking Xi Jinping’s numbing rhetoric of anti-corruption, but adds yet more edge in local implementation. Speaking on 9 November 2016 to the city’s Discipline Inspection Commission, Liu said there was “no room for ambiguity” and noted a need to internalise new discipline procedures so as to “repair Dandong’s political ecology” as well. In an environment relatively swimming in cash, North Korean labourers, Pyongyang elites, foreign journalists, alleged spies and “extra-legal detention centres,” Liu will need to tread carefully in implementing directives from the centre and be skilled at operating in the “new normal” of what appears to be a permanent campaign.

One person who has decidedly not been successful in doing so is the aptly-named Liu Bianjiang （刘边疆; literally ‘Liu on the Frontier’）who had no sooner marked his two-year anniversary as the Political Commissar of the PLA in the Liaoning Military District before being informed that as a military member of the Provincial Standing Committee, his services in that capacity would no longer be needed. Liaoning was not an exception to a new national rule, but Liu was flagged up as a loser in the reshuffle. State security academic Xu Yaotong (许耀桐) told the Huanqiu Shibao that the military members’ abrupt exclusion from Provincial Standing Committees would be “beneficial for them concentrating their energies on building the military.”

Here, the removal of the PLA is consequential, but less dramatic than in the Tibetan Autonomous Region, where the Army has traditionally held a preponderant sway on the Party Committee structure dating back to the days of Zhang Guohua’s appointment in the 1950s. (Meaning that People’s Liberation Army chairmanship of the Party Committee in Tibet actually predated the establishment of the TAR itself by over a decade.)

In the case of Liaoning, the interplay between PLA border security and anti-corruption activity might again converge, in the unlikely event that Xi wanted to offer up a gift to Donald Trump by outing whoever allowed “eight chassis from the China Aerospace and Industry Corporation” to be exported to North Korea.

Largely left out of the discussion of high-level political gambits and the international aspects of the anti-corruption campaign are citizens of Liaoning’s many villages and smaller-tier cities. In a rural area near Anshan, an unethical cover-up by local officials of more than 30 deaths in a 2012 typhoon has only recently come to light. Urban residents have the same craving for clean air as their counterparts in China south of Shanhaiguan, but this need is further compounded by lingering anger at deindustrialization and kleptocratic factory heads who evacuated the province during the Zhu Rongji years.

One can find evidence of discontent amid the newest buildings, like the large real-estate development I recently saw in an old Manchu suburb near Liaoyang where residents were upset having been unfairly compensated by the developer — a common story, but one where city planners, police, and Party officials seem to regularly tread upon local rights, and the type of small-scale corruption that has largely gone under the radar in the current campaign.

We are told there will be ‘zero tolerance’ for vote-buying as the autumn Party Congress approaches, and the ongoing fallout from the recent Liaoning scandal is held up as evidence that wrongdoing will be brought forward. Yet a closer look at the breadth of the province indicates that Xi’s anti-corruption campaign needs to be about more than managing elite politics and be balanced against China’s international relations and local tensions.

Dr Adam Cathcart is Lecturer in Chinese history at the University of Leeds, the editor of ‘Change and Continuity in North Korean Politics’ (Routledge, November 2016) and a Non-Resident Senior Fellow at the China Policy Institute. Another version of this article is also available at Sino-NK.  Image Credit: CC by SnoShuu/Flickr.

Kerala was a beacon of hope for India on gender issues, but things are changing for the worse
China-North Korea Relations: Pitfalls and Possibilities