China and the UK: Unexpected Inspiration for How to Handle Brexit

Home /Asia/East Asia/China/China and the UK: Unexpected Inspiration for How to Handle Brexit 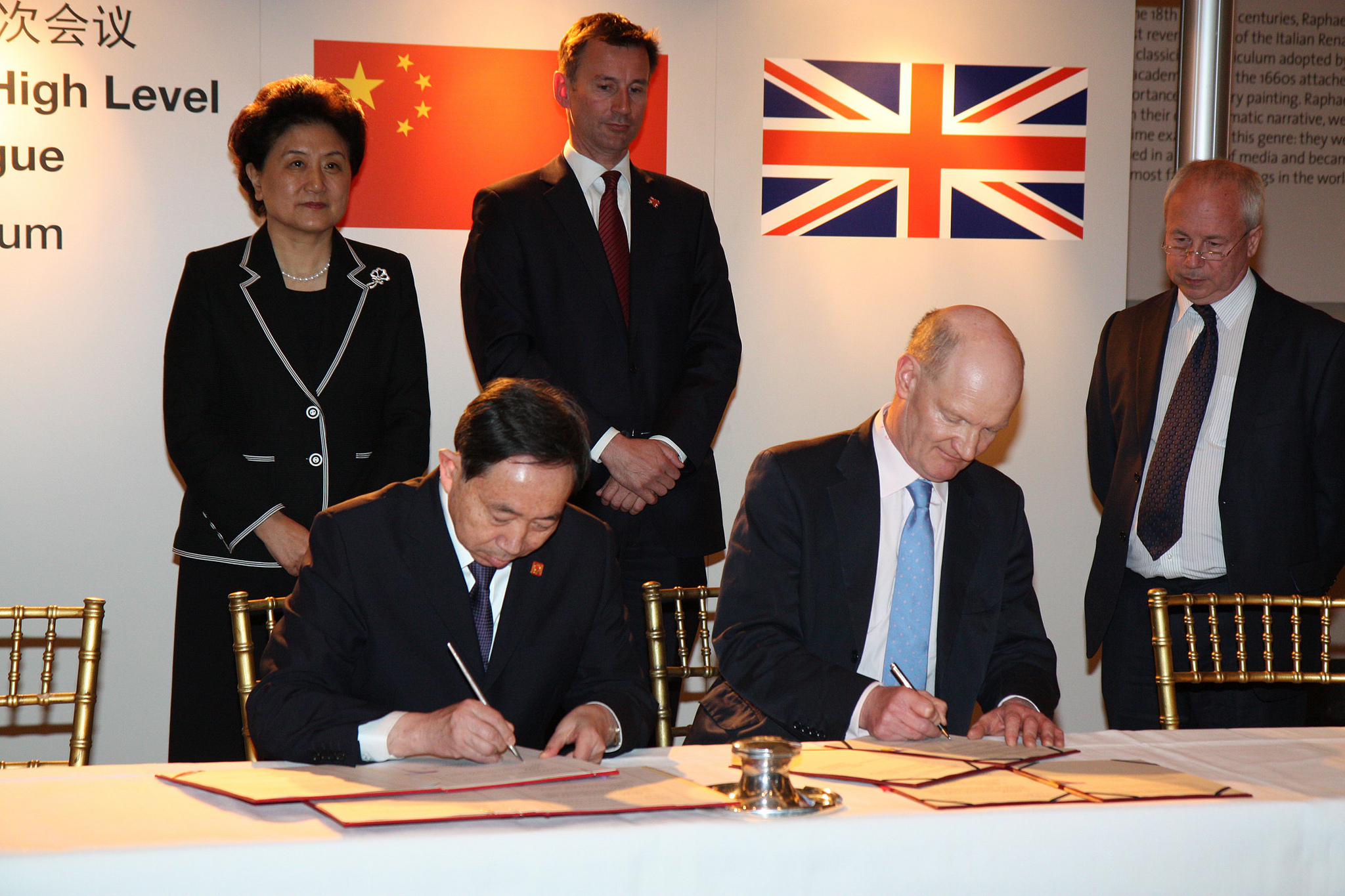 The UK is in the market for new friends these days. Or at least, partners it had previously never spent much time courting. No one knows quite how the game plan for leaving the European Union (EU) will go following the outcome of the referendum on 23rd June 2016. But according to Prime Minister Theresa May speaking in January this year, in order to attack and manage the issue of immigration and control of the borders, Britain will leave the customs union and the common market because it cannot accept one of the fundamental tenets of membership of the EU – freedom of people movement- and then try to construct a new way of working with its largest trade partner.  In that context, it is probably going to need alternative trade partners fast because it is highly likely that in something so complex things will not go to plan and the UK will need alternative options.

This lies behind the imperative to get closer to the People’s Republic of China. The world’s second biggest economy should, after all, naturally feature in this thinking. But there is a problem. China has never been seriously considered in the minds of the British political or business elite as anything except a marginal exotic sideshow until now. Hong Kong was the focus of attention for a previous generation, in their post-colonial clean-up operation. So there was a generation of British officials, companies and academics, before the formal handover in 1997 who made it their business to profoundly understand China. It was in their interests to do so. Since then, however,  successive British governments have employed the tepid language of `engagement’, aiming for `win win’ outcomes, marching towards some common future where everything is transactional and the unfortunate matter of history – the colonial history of Great Britain in particular – might just be conveniently forgotten. This era was one defined by plenty of rhetoric, but little real action.

From 2014, the UK did try something different, Under the then Chancellor, George Osborne, it aimed to simplify and reset things, creating what was called somewhat grandiloquently a year later `a golden age’ of Sino-British relations. Chinese president Xi Jinping visited the UK in September 2015, quaffing beer in a rural pub with David Cameron, hanging out and doing selfies with Mancunian football players, and, more importantly, signing a raft of big figure deals from the nuclear to the education sector.

Chinese interlocutors might have been forgiven for wondering what precisely lay behind this change of heart. A country that had for years berated them about Tibet, about human rights, about preserving rule of law in Hong Kong, about observing the Basic Law, and about being, in the words of Tony Blair, a proper global stakeholder, suddenly was treated to a simplified relationship. As long as there were currency, investment, and export flows, everything else could be forgotten. What could possibly explain this new ardour for a wholly transactional relationship where it was always, and forever, about economics and nothing else?

Part of this was simply the recognition of a harsh geopolitical fact. The UK in 1997 was a larger economy and a larger geopolitical player than China. It could be pushy and prescriptive. By 2017, it is smaller in every area. And Brexit has threatened to make it even smaller. The need in the past was more from China. It was the weaker partner. Now it is the other way around. The UK is the pursuer. The tables have turned.

This process was well underway before Brexit. Osborne’s approach, for as much as it was an attempt to simplify the UK-China relationship and relentlessly focus on material benefit and gain for Britain, was also an attempt to liberate itself from the complex, and often dark, history alluded to above. Somehow, in the imperial era, Great Britain always managed to leave finger prints at the scene of crimes (in the eyes of Chinese) like Tibet or Hong Kong. These were massively important things for China, the British always seemed to have made its world more complex and, in many ways, unpleasant. From the 1839-42 Opium War onwards, Great Britain had interfered with Qing China. It had been one of the causes of its tragic weakening, leading to the apocalypse of the Sino-Japanese War from 1937. And while not all crimes could be laid at the doors of the UK, it was certainly the most active player right at the start. For a country where historic memory is so long and deep, it is no surprise that, to this day, Great Britain occupies a particular place in public and elite consciousness in the PRC. Consequently, it is no surprise that British politicians and business people with an interest in China want to exit this historical narrative supplied for them in China as soon as possible.

In this context, although it may sound odd, perhaps the UK can start on the path towards a new relationship with China by stopping its proclivity to lecture and perhaps attempt to learn instead. The great German philosopher Hegel said that `understanding starts on the edge.’ Staring down into a precipice, things become clear. Matters coalesce. The UK is in a position of real crisis over Brexit. Clearly, the elite do not know what to do. At such times, ideas or initiatives that were considered bold, even reckless before, become viable. The orthodoxy can be contested and upturned. That heavy history that always got so much in the way of a new, refreshed Sino-UK relationship, with its resentment (on the Chinese side), its hubris (on the British side), its stolid nostalgia and hint of esoteric mumbo-jumbo (on both sides), can now finally start to be laid to rest.

Britain can take inspiration about the way it thinks, it can see its orthodoxy shattered if it considers learning from an unexpected source. In 1978, the Communist Party of China turned its back on every convention or principle it had held dear. Class struggle was jettisoned. Markets, foreign capital, and entrepreneurialism, things which were regarded as utter anathema before in the era of Mao, were embraced.

As it attempts to exit the EU, Britain might take comfort from the great model of pragmatic accommodation that China, forty years ago, offered. For many Chinese then, casting aside the Maoist mantle was a huge challenge. For them, it was unthinkable. But they did it. That incredible pragmatism has led today to the spectre of a China taking global leadership on combatting climate change, free trade agreements, and non-proliferation. Great Britain could look in stranger places for inspiration on what to do when there is no road map than China. And what better antidote to the hint that even now persists of arrogance and superiority by a UK that needs to modestly learn as never before – and from partners like China who it once was so keen to offer lessons to.  As the Deng dictum back then said, the imperative was `to liberate thinking, make practice the sole criterion for truth, and seek truth from facts.’ That is not a bad attitude for the UK to endeavour to adopt regarding Brexit!

Kerry Brown is Professor and Director of the Lau China Institute at Kings College London, and a Non-Resident Senior Fellow at the China Policy Institute. Image Credit: CC by Foreign and Commonwealth Office/Flickr.

The Difference a Leader Makes: A Dramatic Change in China-Philippines Relations
Bull-vaulting and Cultural Politics in South India