BREXIT, China and the prospects for an FTA

Home /Asia/East Asia/China/BREXIT, China and the prospects for an FTA 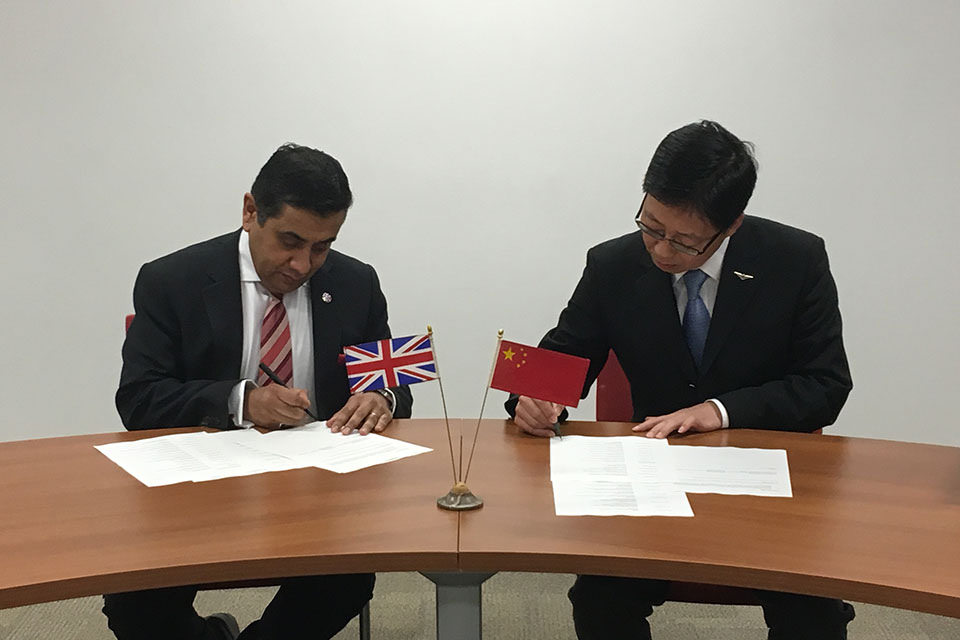 Ever since the British electorate voted by a narrow majority to leave the EU in the June 2016 referendum, the British government has been at pains to emphasise that this did not mean the UK turning its back on the rest of the world. On the contrary. In her speech at the World Economic Forum in Davos in January, Prime Minister Theresa May declared that the UK would ‘step up to a new leadership role’ as the strongest and most forceful advocate for business, free markets and free trade in the world.

Underpinning this vision is a belief that, once outside the EU, the UK will be free to negotiate a bilateral Free Trade Agreement (FTA) with whomsoever it chooses, unfettered by the supposedly protectionist instincts of some of its EU partners, or the different priorities of the European Commission. The USA, India and China have all been mooted as potential priorities; even before she visited Washington in January to meet newly-inaugurated President Trump, Mrs May publicly confirmed she was also planning an early trip to Beijing to strengthen bilateral trade. Such a priority is certainly consistent with the ‘golden era’ in bilateral relations that both countries proclaimed at the time of Xi Jinping’s State Visit to the UK in Autumn 2015. Many observers have pointed out that the UK cannot enter into any bilateral FTAs until it has first left the EU and joined the WTO in its own right. But setting this aside, is a bilateral FTA with China a sensible priority for either country, and would one make any significant difference to existing trade patterns?

For all the lofty rhetoric about the UK’s glorious history as a trading nation, the uncomfortable reality is that the country exports far less as a percentage of its GDP than do most of its EU neighbours. As the Trade Secretary, Liam Fox, has admitted, the UK’s export to GDP ratio is just 27.3% compared to the average for the rest of the EU of 47.3%. This relative out-performance is as applicable to trade with China as elsewhere: the IMF’s Direction of Trade statistics show that for most of the period between 2000 and 2015, China’s imports from Germany, France and Italy grew faster than those from the UK. The absence of an EU-China FTA did not appear to be hampering exporters from those countries. A partial explanation for this is that the services, financial and professional services especially, are of more importance to the UK economy than manufacturing. But services account for less than 12% of overall EU trade with China, not least because the Chinese service sector remains largely closed to foreign firms. Foreign insurance companies have less than 6% of the Chinese market, for example, compared to the near 30% share that Prudential alone holds in neighbouring Vietnam.

In theory, a UK-China bilateral FTA would be a good way of addressing this and opening up access to the Chinese market for British based banks, insurance companies, law firms and others. Typically, however, FTAs do not address trade in services. Historically they have focused on trade in manufactured goods and commodities and their coverage of non-tariff barriers, trade in services or investment issues has been weak. The FTA agreed between the EU and South Korea in 2011 was ground-breaking in its inclusion of several non-tariff barriers but coverage of services was still limited. Within the World Trade Organisation, a stand-alone group of countries, including the EU, is therefore attempting to agree a new Trade in Services Agreement or TiSA. Other members include Japan, South Korea, Taiwan and Hong Kong but not, significantly, China. Its absence does not augur well for the likelihood of it being willing to include services in any bilateral FTA negotiations with the UK and the latter would surely be better advised in working with other members of the group to try to persuade China to join.

On the face of it, China would have more to gain than the UK from a bilateral FTA. It has already launched a legal action within the WTO over the refusal of the EU and US to grant it Market Economy Status (MES), something that it covets. MES would make it more difficult for other WTO members to use anti-dumping and other measures to block Chinese exports while the EU and others argue that China does not meet the necessary conditions for this, particularly but not only because of the lack of transparency surrounding the activities of state-owned enterprises.  Under David Cameron, the UK publicly affirmed its support for granting MES. Theresa May’s position is not clear but Cameron’s stance came under close scrutiny in Spring 2016 when Tata Steel put its UK operations up for sale, with the very real risk that they would be closed as a result of a flood of cheap Chinese steel imports. After the government tried to blame the EU for the crisis, it was revealed that on the contrary, it had blocked EU efforts to impose emergency anti-dumping duties on the Chinese imports. One assumes that after that experience, Mrs May would be alert to the potential domestic repercussions and pitfalls that might arise from a too-generous agreement with China.

But even assuming the UK were to agree MES for China, it is not obvious that a bilateral FTA would bring it much added benefit. The balance of trade is already heavily in China’s favour. It sells to the UK roughly twice as much as it buys from it, with the surplus reaching a record in 2015. Unless the UK was suddenly to eschew its avowed free-market principles and argue for reciprocity in trade agreements, China has no obvious incentive to offer it any concessions. And perhaps uncomfortably for UK politicians, it is not as important a market for Chinese goods as it may like to think it is: in China’s export rankings it sits between Korea and Russia. Indeed, politicians may be at risk of over-stating the importance of the relationship. Not only does the UK export less to China than its European neighbours, they may also lead it in people to people links: according to the Shanghai Public Security Bureau rather more French and German nationals  live in the city than do Britons.

Finally, the UK at present lacks any significant expertise in trade negotiations, these having been the responsibility of the European Commission for the last forty or so years. China, by contrast, has an experienced army of tough negotiators, skilled in agreeing advantageous deals.  A good example is the FTA signed with Switzerland in 2013. Under this, Chinese companies gained almost immediate tariff-free access to the Swiss market while reciprocal access for Swiss companies to the Chinese market will be phased in over 15 years. (10 facts about EU trade deals).  Nor does the agreement cover financial services, an obvious priority sector for any UK negotiators.

In short, tempting though a bilateral trade deal with China might seem at first sight, UK policy makers would do better to focus on more straightforward agreements first.

Michael Reilly spent over 30 years working for the FCO, more than half of it dealing with UK policy towards East and South East Asia. He has a diploma in Korean from Yonsei University in Seoul as well as a doctorate in Economic history from the University of Liverpool. He has served in British embassies in Korea and the Philippines as well as in the UK Delegation to the OECD. His final FCO appointment was as Director of the British Trade and Cultural office in Taipei. He joined the private sector on leaving the FCO in 2009 and from 2011 to 2014 was BAE Systems’ Chief Representative in China, based in Beijing. Image Credit: CC by Department for Transport (DfT)/Flickr.

Introduction to Special Issue on China and the United Kingdom
Plus ça change? The Trump Effect on Pakistan