China after the South China Sea arbitration: Learning to live with UNCLOS? 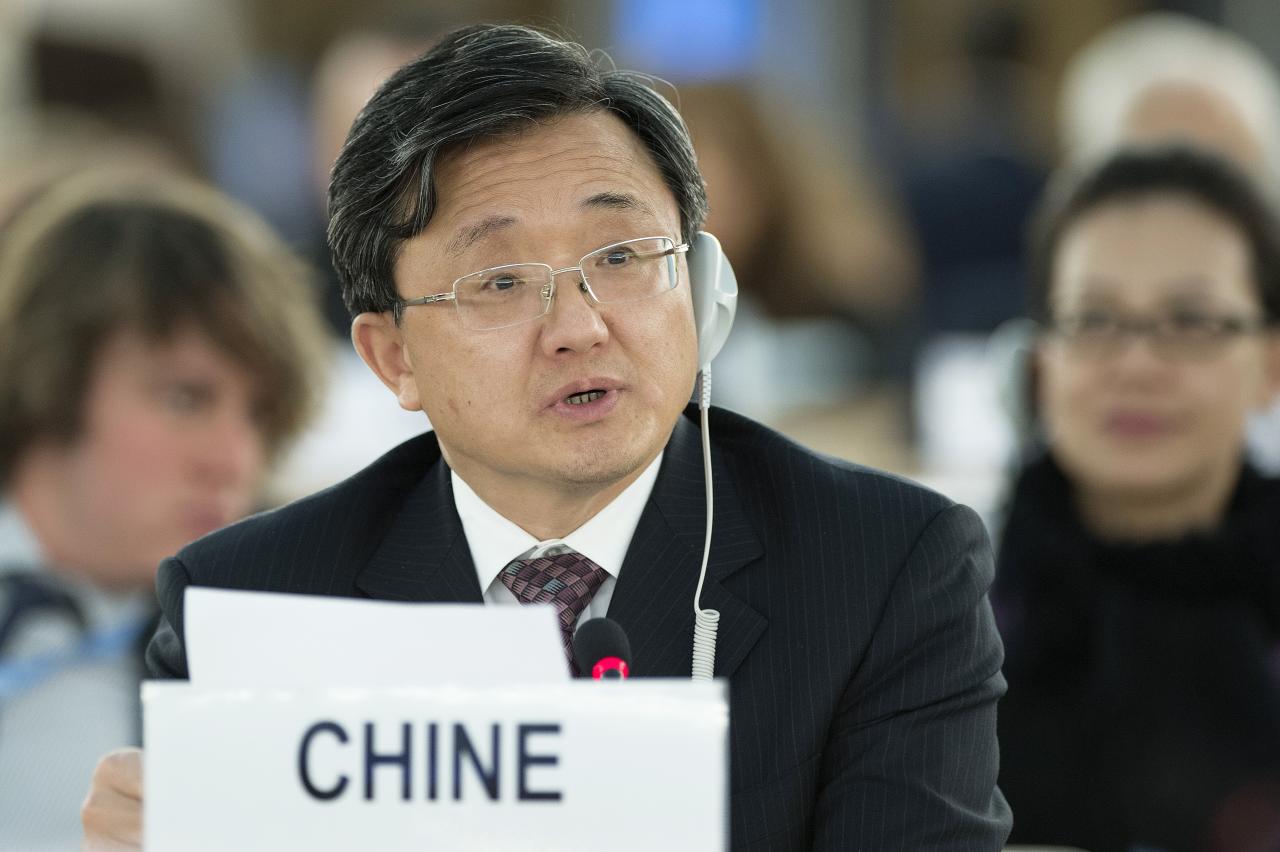 Is this the new normal or just the calm before the storm? There have been no major confrontations in the South China Sea since China towed away its giant oil rig from disputed waters near the Paracel Islands on 15 July 2014. There have been no reports of hydrocarbon exploration in the ‘wrong’ places; clashes between fishing fleets have almost disappeared from the news and governments appear to be getting along nicely. That’s two and a half years of relative peace and quiet in one of the most hotly-disputed spaces on earth.

Over the same period, of course, China has constructed seven huge artificial islands in the southern part of the sea and is currently equipping them with all the facilities necessary to make them potent military bases. But it is worth remembering that China has not occupied any new territory in the South China Sea since late 1994. All the new islands were built on reefs it has controlled for at least 22 years. (Granted, it took control of access to Scarborough Shoal in 2012 but has not yet built on it, most likely because of US warnings against such a move.)

Beijing may simply be waiting until its new bases are finished before launching the next round of coercion. But it is worth considering a more optimistic analysis. Is it possible that, following a series of reverses, China is now prepared to accept a working compromise in the South China Sea in which it maintains the capacity to deploy significant military force but basically respects the UN Convention on the Law of the Sea (UNCLOS) and does not interfere with its neighbours’ economic activities?

Beijing’s deployment of the HS981 oilrig into disputed waters in 2014 was a political disaster. It resulted in condemnation from Southeast Asian states, a political turn in Vietnam towards the United States, the adoption by the G7 (at Japanese and US instigation) of a Declaration on Maritime Security and a general rise in global concern about China’s future intentions.

In July 2016 China suffered a further reverse when, in a case brought by the Philippines, an international Arbitral Tribunal delivered a crushing judgement on China’s maritime pretensions. It ruled that none of the Spratlys, nor the isolated outcrop known as Scarborough Shoal, were full islands and so therefore under UNCLOS, which China ratified in 1996, none could generate any Exclusive Economic Zone. Just as importantly it ruled that the ‘U-shaped line’ drawn on Chinese maps since 1948 was not a legitimate claim to maritime resources since it was not measured from any land features.

The Chinese government reacted to the ruling with fury. At an official briefing at the State Council Information Office, Vice-Foreign Minister Liu Zhenmin, twice called it, ‘nothing more than a piece of waste paper’ and one that, ‘will not be enforced by anyone’. He personally attacked the judges, questioning whether they knew anything about Asia or the history of the South China Sea and implied that since the Philippines paid the costs of the hearing, the judges had been ‘bought’. The state news agency Xinhua accused the international system of political bias because a key figure in the selection of members of the arbitral panel was Japanese, Shunji Yanai.

But in the months since the award was issued, the angry rhetoric has disappeared from official Chinese discourse. More significantly, while the Beijing government still refuses to formally recognise the ruling, its actions suggest a movement towards compliance. It has, for example, allowed Philippine boats to resume fishing on the fringes of Scarborough Shoal. A Chinese Coast Guard ship prevents them entering the actual lagoon but the Philippine president Rodrigo Duterte has found a face-saving way out by declaring the lagoon to be a protected nature reserve. If neither side fishes there, both can pretend that they are in control of sovereignty.

More widely, China’s own fishing fleets appear to be less active in other countries’ claimed EEZs. It might be that news of incidents is being suppressed in the interests of smooth relations between the governments in Hanoi, Jakarta, Kuala Lumpur, Manila and Beijing. However, my own informal survey of Southeast Asia-based maritime experts suggests there has been a reduction in reports of clashes between Chinese boats and other countries’ coastguards. Three publicized incidents, off the Natuna islands in the first half of 2016, led the Indonesian government to make an unusually assertive response. There have been no reports of similar clashes since.

This may reflect a more sustainable approach to maritime resources in China. Zhang Hongzhou, an expert on the Chinese fishing industry based at the S. Rajaratnam School of International Studies in Singapore has noted that in January 2017, the country introduced the 13th Five Year Plan for fishery development. One of its key targets is to reduce the fish catch by one sixth. It currently stands at 12 million tonnes (a target that is hit with suspicious consistency) but over the next five years Beijing wants to bring that down to 10 million tonnes. That will bring significant local pain as the fleet is cut and the labour force reduced and it’s not clear whether the plan will succeed. Nonetheless the fact that Beijing is even willing to make the sacrifice is significant. In January 2017, Hainan Province announced new regulations to rein in the giant clam harvesters of Tanmen port. Sadly the rules, even if they are properly enforced will be too late to prevent the destruction of around ten per cent of the reefs of the South China Sea.

Another sign of adjustment has come from Chinese legal experts who have offered alternative legal bases for China’s maritime claims. A week after the Arbitral Tribunal’s ruling, the PLA Daily newspaper published an article authored by the Communist Party School’s ‘Centre for Research on the Theoretical System of Socialism With Chinese Characteristics’ suggesting an ostensibly legal route for China to claim rights beyond those allowed by UNCLOS. As the Australian researcher Andrew Chubb noted, the article sets out the basis for a potential claim to such rights based on the notion that the Spratly Islands form an archipelago. While this is not compatible with UNCLOS, it could be seen as a retreat from the maximalist ‘U-shaped-line’ claim.

Such moves towards compliance may reflect a gradual upskilling of Chinese international legal capacity, currently being researched and documented by the International Law Programme at Chatham House. In a significant move, the Foreign Ministry established an International Law Advisory Committee in January 2015.

Alternatively these moves may simply be a means for the Beijing leadership to lull the region into a false sense of security before it begins its next advance. Given that almost every land feature in the South China Sea is occupied or controlled by one claimant or another, the next step may be to occupy empty spaces with hydrocarbon potential. A China Coast Guard ship has been at anchor near the Luconia Shoals, 120km off the coast of Borneo, since August 2013. The huge new Chinese base at Mischief Reef is just 100km from the known gas reserves of the Reed Bank, off the Philippines, and Vietnam is concerned that China has designs on the oil fields under the Vanguard Bank off its southwestern coast. However, given the low price of oil at the moment, there’s little commercial incentive for anyone to develop these fields.

Things may change, of course. A key motivation for the Philippines to bring the Arbitration case was the need to clarify the legal situation of the Reed Bank. The Malampaya gas field, which provides a third of the electricity for Manila and the island of Luzon, is running out and needs to be replaced. According to the Tribunal the gas under the Reed Bank belongs to the Philippines. However any attempt to extract it is likely to incur Chinese wrath.

I have no doubt that decades of historical mis-education have convinced Chinese decision-makers of the righteousness of their claims in the South China Sea. The logic of the Chinese historical narrative leads Beijing to push for eventual control of every feature within the U-shaped line. However, strong messaging from the United States and other powers and disquiet in Southeast Asia have obliged China to put its territorial ambitions on hold for now. This may be just a pause but it is possible that, despite its rhetoric. China might be finding a way to finally live with UNCLOS and the ruling of the Arbitral Tribunal.

Bill Hayton is an Associate Fellow at Chatham House. He is the author of ‘The South China Sea: the struggle for power in Asia’ published in 2014 by Yale University Press. Image Credit: CC by UN Geneva/Flickr.