Bodies That Matter: Contestations around citizenship rights for Nepali women 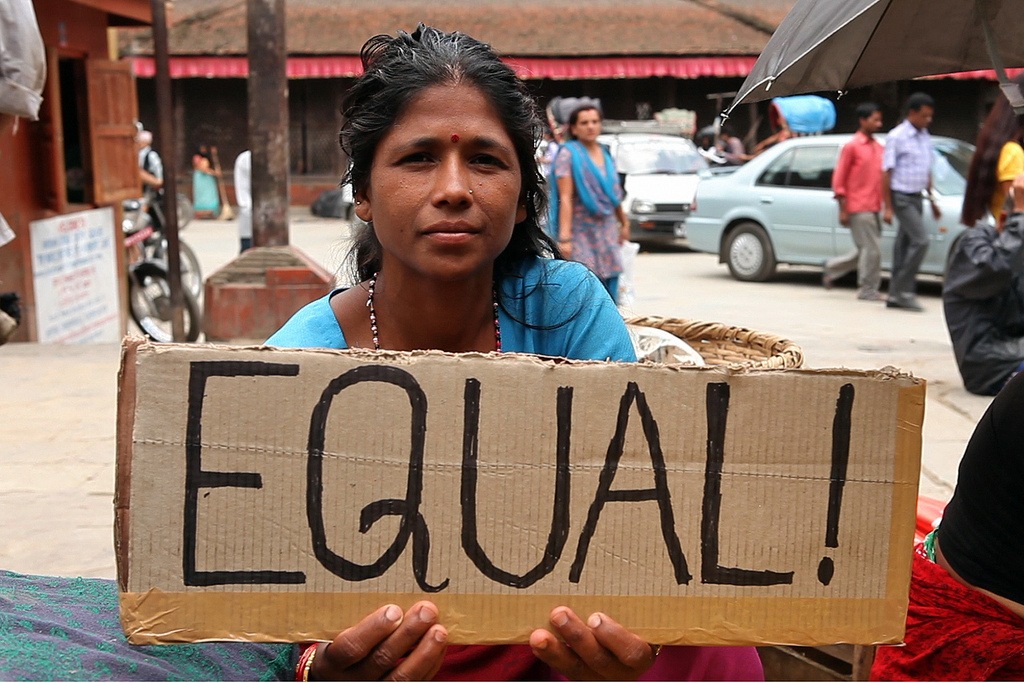 The idea of citizens as rights-bearing bodies continues to be an important political tool for women through which to claim space as legitimate actors who have the right to equality under the law. However, in this process of seeking legitimacy through state citizenship, women’s bodies continue to be ensnared between the normalizing and essentializing forces of nationalism which continue to relegate them to the position of second-class citizens. I highlight such contestations within the unequal provision of citizenship rights for Nepali women vis-à-vis Nepali men in the country’s new constitution promulgated in September 2015. I show how – as mothers – women are normalized as the biological reproducers of the nation; and as mothers of citizens tied to a “common”/ “true” origin, their bodies become the markers of the boundaries of a nation (Yuval-Davis 1997). I further show how women – in the process of resisting such normalizing forces – sometimes unwittingly seek refuge in the very structures that render them powerless in the first place. Drawing from Butler, I argue that bodies are always inscribed by dominant political and sociocultural structures in such a way that within the biopolitics of nationalism – in this case – some bodies will always matter more than others.

A previously secluded Nepal, wary of the British Raj in neighbouring India, first opened its doors to the world in the 1950s and gradually set on a path to establish its position within the world of nation-states beginning in the 1960s. The gendered ideology of citizenship was first instituted after the promulgation of the Constitution of Nepal 1962. According to the Citizenship Act of 1964, the father of a child had to be a Nepali citizen for the child to be eligible for citizenship by descent. This gendered ideology of tracing nationality through patrilineal lineage was carried into subsequent constitutions—namely, the Constitution of the Kingdom of Nepal 1990, which remained effective until the promulgation of the Interim Constitution of 2007, after the abolition of monarchy.

One of the earliest instances of women’s rights advocates pushing back against this form of ‘state patriarchy‘ is found in landmark cases filed at the Supreme Court following an end to absolute monarchy and the start of constitutional democracy in the country in 1990. Incidentally, the first court cases ever filed under the rubric of gender equality was in 1992 and 1993 challenging unequal citizenship provisions for Nepali women married to foreign men. Although a directive was issued by the Court to amend relevant legislation, unequal citizenship provisions were reinforced in the subsequent Interim Constitution 2007, which was written after the second democratic movement in the country following a 10-year long Maoist insurgency. This Interim Constitution, while granting provisions of acquiring descent citizenship either through one’s mother or father, nevertheless retained the clause that required the father to be a Nepali. This clause renders as ineffective the right of a Nepali woman to pass on citizenship to her children independent of the nationality of the father.

The latest Constitution of Nepal 2015 has retained these discriminatory provisions. If the father is a foreigner who has not acquired Nepali citizenship at the time of application, the child will only be eligible for naturalized citizenship. The distinction between citizenship by descent and that by naturalization is significant in that the latter type of citizenship is given only at the discretion of the state. This effectively leaves the applicant at the mercy of local government officials, many of whom have so far posed constant hindrance to children of single mothers or children born of Nepali mothers and foreign fathers. This is also compounded by the unequal provisions of naturalized citizenship for foreign male versus female spouses.  The current constitution maintains the provision in the 1990 constitution which allows naturalised citizenship for foreign wives of Nepali men, but remains silent about any such provision for foreign husbands of Nepali women.

This contestation around naturalized citizenship for children born of inter-national marriages and foreign male spouses is situated in Nepal’s geopolitical location between two emerging economic powers competing for influence over the country – China in the north and India in the south. This positioning is thrown into sharp relief when considering Nepal’s open border with India and the latter’s significant political and economic relations with the country. It is made even more prominent given the historical sociopolitical marginalization of Madhesis maintained through a hill-centric, anti-Indian discourse of Nepali nationalism. The Madhesis comprise ethnic groups mainly living along the southern plains of Nepal who have historical kinship and social ties across the border in India– even before national borders became a contentious issue. Onta, a prominent Nepali historian and editor, maintains that such exclusion was primarily driven by the Shah monarchy’s attempts at homogenization beginning in the 1960s as a prerequisite to establishing a formal Hindu nation-state. Gautam– whose work focuses on the Madhesi movement among others – goes on to add that the discourse of nationalism was not simply centered on monarchy and the Hindu religion and culture—with which the Hindu Madhesis would have identified—but   also was distinctively hill-centric, thus confirming the exclusion of people from the plains.

In the debate over women’s citizenship rights in Nepal, a sexual – but also racial – policing of nationalism has been carried out through normative heterosexuality and patriarchy as central components of nationalist ideology. Within this particular debate, the use of terms like ‘mother’ and ‘father’ not only reinforces heteronormative patriarchal structures, but also inadvertently recentralizes women’s gendered roles within the family and the nation. The choice of women’s rights advocates to centralize the debate on the rights of ‘Nepali mothers’ and ‘Nepal’s daughters’ also entraps them in the same language of collective rights for bodies that are seen to belong to the national collective at the expense of those bodies which are seen to not belong. This has led to a rift between hill caste/ethnic groups of women’s rights advocates and Madhesi women’s rights advocates. The unequal provisions maintained in the Constitution of 2015 have been an unintended consequence of this.

While it is only right to situate any movement or resistance within the socio-political context in which it evolved, instead of an ideological standard, what this case study shows is that considering the embodied experience of the female body (in this case as mothers) is not always adequate within emancipatory politics. Nepali women’s experiences as mothers became a crucial entry point for women’s political engagement – as is the case in other countries – within the debate about equal citizenship rights for Nepali women. However, it is crucial to examine women’s experiences from an intersectional perspective if we are to engage in an open dialogue about what Butler calls the broadening of possibilities within emancipatory politics, by challenging what appears to be natural and essential.

Kumud Rana is a PhD candidate at the School of Social and Political Sciences at the University of Glasgow and a member of Chaukath, a young feminists’ network in Nepal. She tweets @kumpah This paper draws from her MA thesis on the citizenship debate in Nepal, findings of which were published as a book chapter. This study would not have been possible without the support of the Netherlands Fellowship Programme by the Dutch Ministry of Foreign Affairs. The views expressed, however, are the author’s. Image credit: CC by World Bank photo collection/Flickr.

Act East: The India-Vietnam Comprehensive Strategic Partnership
Philippines: From Management of Crisis to Governance of Risk?