The Global Drain: Why China’s Water Pollution Crisis should matter to the Rest of the World

Home /China, Environment, Pollution/The Global Drain: Why China’s Water Pollution Crisis should matter to the Rest of the World 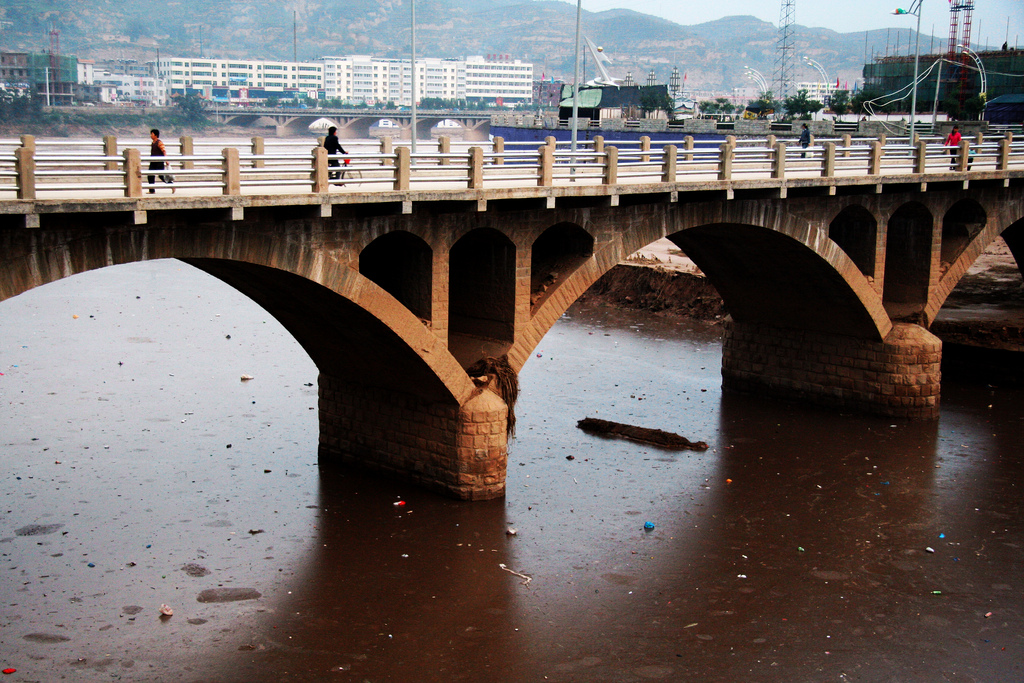 Last year, Chinese and international media reported that more than 80% of shallow groundwater wells in areas of northern China were polluted. This followed a previous national survey in 2013, which estimated that more than half of the nation’s groundwater aquifers were contaminated. Groundwater pollution is one of the most serious environmental health issues in China, as about two-thirds of cities rely on it for some or all of their drinking water. It is now widely acknowledged that chronic exposure to water pollution has contributed to the emergence of hundreds of cancer villages throughout China.

Severe water pollution is part of China’s wider environmental crisis which dramatically intensified in the early 21st century, also affecting air, soil and food. The full effects of this crisis are yet to emerge; however, it has already taken a severe toll on public health and caused significant economic damage. Improvements in the availability of water quality data are slowly occurring, and this is providing a picture of the scale of the problem and key pollution sources and mechanisms.

While people around the world may find news of this crisis troubling, they may not see the significance outside China, or any connection with their own lives. Many people believe pollution is an inevitable consequence of economic growth and therefore a logical side-effect of China’s rapid economic rise. However, as I argue in a recent article in Environment Magazine, China’s pollution crisis in fact has many international links, and it should stimulate reflection about the health and environmental impacts of the 21st Century global economy.

China’s pollution crisis has to some degree resulted from what Judith Shapiro called ‘Displacement of Environmental Harm’. The premise of this concept is that people who suffer the most harm from an activity – such as manufacture of products and disposal of hazardous wastes – don’t necessarily enjoy the accompanying benefits, while those who do remain geographically separated from negative consequences (like serious water pollution). The concept is the foundation of Environmental Justice, a growing worldwide movement.

Viewing China’s pollution crisis through this lens, it can be argued that people living outside China have enjoyed great benefits, such as access to affordable consumer products made there, or profits from selling them, while others have been left with severe water pollution resulting from their manufacture. While it can be argued that many people in China enjoyed economic benefits from this arrangement and therefore willingly took part, a close analysis reveals this to be problematic.

Firstly, those who have enjoyed the greatest economic benefits from China’s manufacturing boom have generally not been those who have suffered major health consequences, including diseases linked to pollution exposure. Epidemiologists have uncovered hundreds of ‘cancer villages’, many in relatively poor rural or peri-urban areas where polluting industries have operated without proper oversight. Rates of cancer morbidity or mortality in these areas are many times higher than national averages, and cancers otherwise rare, such stomach, oesophagus and liver tumours, proliferate. This is proven to be linked to chronic water pollution exposure, mostly related to poorly regulated and/or illegal discharge of wastewater to the environment.

Secondly, decisions about economic and environmental policies in China are subject to tight government control, and local citizens typically have little say in where factories producing hazardous emissions are sited. Countless protests and an upsurge in anger on Chinese social media in recent years about pollution demonstrate that many Chinese people feel their health is suffering, but they have received questionable benefits in return.

The Opening and Reform policies of the late 1970s which catalysed China’s economic boom laid the basis for international joint ventures to import technology and expertise from overseas, building up a manufacturing sector that now produces chemicals, pharmaceuticals, electronics, toys and textiles in unprecedented volumes for world markets. In many instances, factory technology brought to China from overseas was out-dated and more polluting compared to that in contemporary use abroad.

Analysis of economic, industrial output and pollution emissions data shows that during this time some pollutants were positively correlated with foreign direct investment. This indicates that China became a ‘pollution haven’, where a lack of environmental oversight encouraged foreign investment in pollution-intensive industries there. Some economists and politicians in the United States – including former vice president Al Gore – argued that international trade deals being designed in the 1990s could lead to huge environmental and health damage in China. However, proponents of the ‘Wal-Mart model’ of economic globalisation in the Clinton administration successfully argued against regulatory safeguards to prevent this.

The new economic model of the 21st Century thus tied the everyday consumption habits of people around the world to China’s manufacturing sector and therefore also its pollution crisis. Anyone not convinced need only look into how and where a smartphone, or nearly any consumer product or piece of clothing they own was manufactured, then examine investigative reports by Chinese NGOs (such as the Institute for Public and Environmental Affairs), about environmental non-compliance by Chinese manufacturers who supply these products and their components to the world on behalf of multinationals.

Prospects for the future

There is a widespread belief in economic circles that a country can ‘get rich first and clean-up later’. While this idea is valid in some contexts, it is problematic with respect to groundwater pollution. Cleaning up polluted groundwater is difficult and slow, with high energy and monetary costs required to achieve modest gains. Due to large storage capacity and slow rates of flushing, underground aquifers store up chemical by-products seeping down from activities at the surface over a period of many years. China’s polluted aquifers are therefore in one sense a ‘global drain’ collecting hazardous by-products of the global economy year by year.

The emergence of China as a pollution haven following trade globalisation has had profound environmental, health and social effects, which will continue to emerge in years to come. Whether wealthy countries and China itself (now investing heavily in resource and infrastructure projects overseas) perpetuate this model of economic growth – based on displacement of environmental harm – is a critical global sustainability question. There are opportunities to learn from China’s pollution crisis and set new standards for international trade, based on equitable sharing of economic and environmental benefits and costs by all parties.

Matthew Currell is a Senior Lecturer in the School of Engineering at RMIT University, Australia. He specialises in groundwater quality and quantity issues, particularly in China. He teaches hydrogeology to environmental and civil engineering students and runs a study tour to China looking at environmental issues, in collaboration with the Chinese Academy of Sciences. Image Credit: CC by Adam Cohn/Flickr.