Threats are Unseen: Shifting Strategies and Tactics of Chinese ENGOs in Uncertain Times 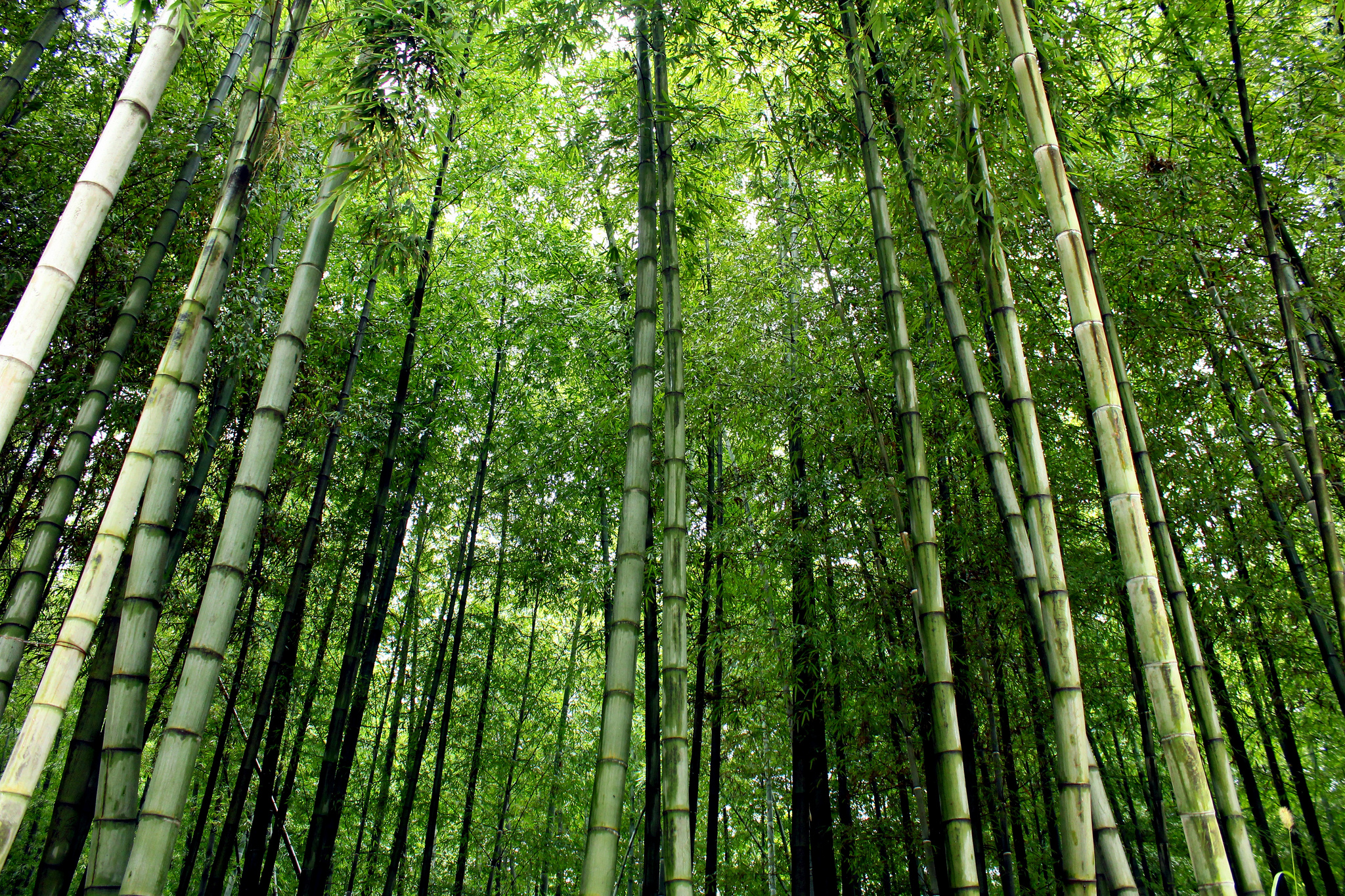 Environmental NGOs must deal with uncertainty and change under authoritarian regimes. Such ENGOs must try to keep within boundaries of what is permissible when such limits are often shifting and unclear. In China, in an age of contracting public space under President Xi Jinping and new regulations governing the conduct of social organizations, ENGOs must play a delicate game. How are they negotiating this political landscape? What are the risks and rewards? This paper is intended as a snapshot of how Chinese ENGOs navigate their status at the current moment.

Chinese citizens have responded to their intensifying environmental crisis with increasing sophistication and maturation of activist strategies. Although much attention focuses on intensified controls over the Internet and civic association, over recent decades there has been a remarkable expansion of political space, albeit punctuated by contractions in level of trust between NGOs and government and marked by regional variations. The politics of information surrounding the poaching of the Tibetan Antelope in the mid-1990s, pioneered by Friends of Nature, has blossomed into the social media-driven accountability and transparency politics of today, with thousands of officially registered environmental “social organizations” (as the Chinese government prefers to call them) and new powers for environmental groups to bring public lawsuits and to expose corporate illegal behavior and corruption. Much of this activism is supported by a central government that must enforce environmental laws and regulations if it is to retain legitimacy.

The new foreign NGO registration laws which took effect January 1, 2017 shift ultimate oversight over foreign environmental groups from the Ministry of Civil Affairs to the Public Security Bureau, via a governmental entity called a Professional Supervisory Unit. The official justification is to provide foreign NGOs with more clarity about legal frameworks and give China information about their funding sources, but the message conveyed is that such groups can more easily be expelled from the country if they transgress. Similar concern is being paid a new campaign to strengthen the Great Firewall on Internet freedom, to crack down on VPNs which allow groups and citizens to evade the firewall, and to rapidly remove controversial blog posts.

There is another trend under way, however, that observers tend to miss when they predict the coming Chinese “environmental authoritarianism.” Life has become somewhat easier for domestic ENGOs since the implementation of the new Charity Law in September 2016.  The “mother-in-law” requirement to find a government sponsor has been removed such that NGOs can now register directly with the Ministry of Civil Affairs. Even as foreign NGOs are becoming more restricted in their abilities to fund Chinese domestic groups, domestic NGOs are developing new funding sources, including foundation support, government grants, and small donations.

Recent visits to China and conversations with activists reveal a remarkable determination to continue to push the envelope on such issues as information transparency, environmental public interest litigation, and even public protest, albeit of a kind intended to avoid labels of creating public disturbances.  Hard-hitting environmental reportage continues, in the powerful alliance between journalists and environmental civil society that has characterized such efforts since the mid-1990s.

Chinese ENGO activists are focused on getting on with their core missions. Several long-surviving ENGO leaders expressed the notion that in China there will inevitably be some limits. As the head of one international group told me, apparently in some impatience with the foreign ENGOs’ anxiety over the new registration laws that govern them, “You need to embrace the uncertainty and make things happen.”

ENGO confidence lies primarily in their strong alliance with central government forces that are also urgently attempting to curb China’s intense pollution and crack down on provincial and local governments and enterprises that flout and ignore laws and regulations. The “war on pollution” involves the ENGOs as allies, if often uneasy ones, in trying to bridge the “implementation gap” between China’s excellent environmental laws and what happens on the ground. The Chinese government understands clearly that it must deal with the country’s environmental crisis if it is to retain a semblance of legitimacy. The December-January air pollution “red alert” event, for example, resulted in 720 arrests of polluters and the announcement that in 2017 the Chinese government will cancel construction of 103 planned coal plants. Beijing announced a 2017 expenditure of 18.2 billion RMB on pollution controls and the creation of a new “environmental police.”

Many scholars have chronicled the Gramscian-style penetration of Chinese civil society by the state. Jessica Teets, for example, calls the relationship “consultative authoritarianism.” Given this context, there is a special need to appreciate the fluid nature of the relationship between environmental activists and the Chinese government so as to avoid oversimplification. There are unusual freedoms available for ENGOs despite the particular political landscape. On the one hand, such groups could not exist without the tacit or in some cases active approval of government agencies. ENGOs are sometimes seen as strengthening the hand of the weak Ministry of Environmental Protection, as occurred when journalist Chai Jing’s documentary “Under the Dome” was widely available in March 2015 before it was excised from the Chinese Internet.  On the other hand, as has been the case for civil society groups beginning with the first new freedoms after Mao, the boundaries are not clear. There are reports of arrests of local activists who pushed too hard. In northern Hunan, an environmentalist investigating heavy metals in Lake Dongting was recently seized for “revealing state secrets.” In Yunnan, activists who successfully fought dams on the Nu and other rivers with the help of foreign activists have found their relationships with local government officials quite tense.

Nevertheless, the strategies and activities available to these groups have expanded from tree-planting and recycling in the mid-1990s with the formation of the initially very cautious and courageous Friends of Nature to the current trends toward aggressive pressure toward information transparency and supply chain investigations, public interest litigation not only targeting factories but even sometimes government agencies, nimble on-the-ground investigations and exposes of environmental crimes, and sophisticated use of social media to “name and shame” polluters, to use crowd-funding techniques to support themselves, and to promote web apps that will empower people not only with information about pollution sources and levels but also with mechanisms to upload their own pollution readings as citizen scientist-monitors. Direct action against illegal poachers by dismantling bird snares, for example, and waging “symbolic politics” through street theater, are risky activities but common even under the current regime.  A major factor in the expansion of strategies and tools has been the proliferation of social media tools, even in their paler Chinese expressions behind the Great Firewall in the form of Sina Weibo, WeChat, Tencent and other platforms. International ENGOs such as Greenpeace East Asia have used both Chinese and Firewall-free “naming and shaming” campaigns against international and Chinese apparel brands to force them to stop dumping chemicals into Chinese waterways. The “Detox” campaign has met with outstanding results, as the threat of consumer boycott has led one brand after another to commit to change its practices.

These examples indicate a more positive future for domestic Chinese environmental NGOs than the concern about an invigorated authoritarianism might initially indicate. Chinese ENGOs do not operate outside the government; they are in many ways allies of the government and supporters of the government, even as they occasionally name the government as a defendant in a lawsuit.  The trend toward information transparency and rule of law, coupled with the government’s urgency about dealing with China’s environmental calamities, has placed Chinese ENGOs in a somewhat favorable position. That said, the successful ENGO knows where the red lines are. It shares information with government when asked and actively volunteers information about its activities and intentions. It cultivates friends in high places, and it avoids embarrassing the government or transgressing into what might be perceived as public disturbance.  It wields social media carefully for its ability to pressure violating companies and to raise funds, but avoids using it for advocacy that might seem to be creating a social movement. Having internalized potential barriers and roadblocks such that caution comes to feel like common sense, the successful ENGO focuses on mobilizing the public to do good work that supports the government’s own goals to create a cleaner, more harmonious society that is part of the “China dream.”

America and the Afghan-Pakistan Conundrum
Public Environmental Concern in China