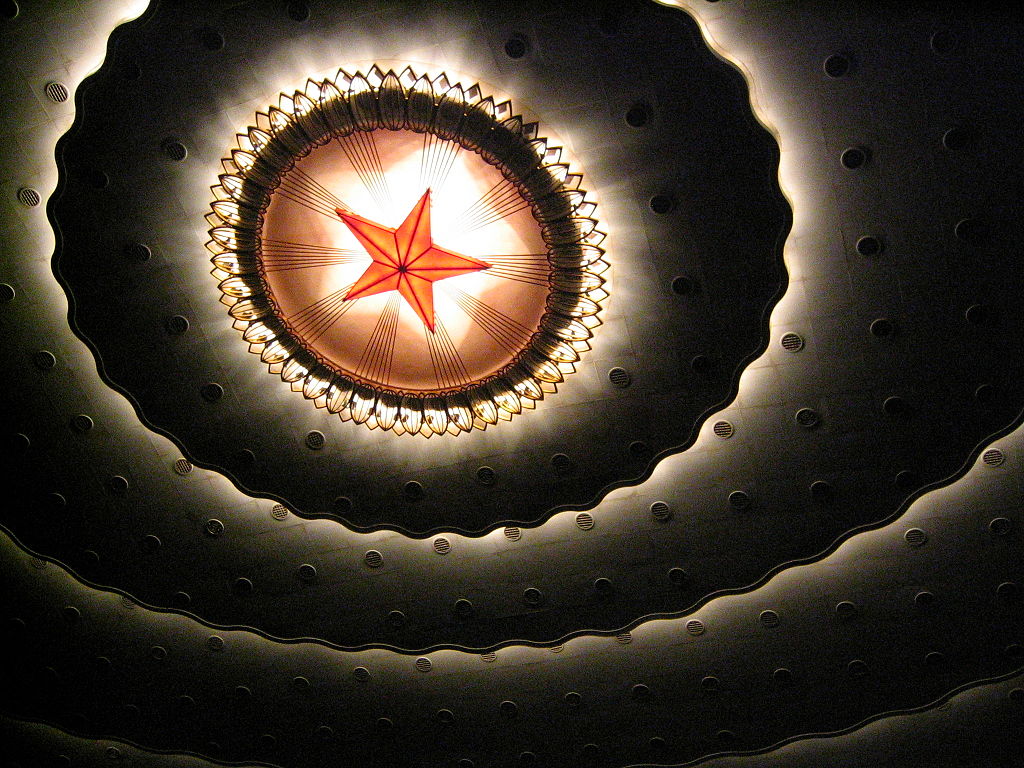 ‘In the past 30 years, China’s economic development mainly relied on introducing results of the second industrial revolution, particularly foreign technology…. If China doesn’t change this approach, not only will it lag further behind (western developed countries), but also its economy will be locked up at the low end of manufacturing industry. Facing severe global competition, we don’t have many options but to pursue an independent innovation-driven development strategy.’

— Xi Jinping at the panel discussion of China Association for Science and Technology at the 12th CPPCC National Committee meeting, 4 March 2013

Though considered by many a rubber-stamp institution in China’s political complex responsible only for endorsing laws and policies already decided upon by the Party, the annual meeting of the National People’s Congress (NPC) of China still provides some useful perspectives on China’s present situation and future development. The 5th session of the 12th NPC met in Beijing between the 5th-15th March 2017, and in particular, has sent a strong signal of China’s continuous commitment to an ‘innovation-driven’ economic future.

In Premier Li Keqiang’s Government Work Report to the NPC, the specific word ‘innovation’ was used 39 times. When reviewing the Chinese Government’s achievements of the past year, Li Keqiang described technology innovation as a ‘new driver of growth’, as ‘emerging industries were thriving and the transformation and upgrading of traditional industries accelerated’. In the coming year, promoting technology and innovation and transforming traditional industries will remain one of the Chinese Government’s basic guidelines. Premier Li has explicitly pointed out that ‘at the current stage of development, China has no other option but to advance through reform and innovation’.

In the work report, the Chinese Government has set the target of an annual growth rate of approximately 6.5 percent for the coming year, a figure lower than the 6.5-7 percent of 2016, which clearly indicates that a slowing down of economic development is becoming, in the state’s own words, the ‘new normal’. With China not pursuing an ambitiously high growth rate, more stable and sustainable growth has been emphasised. The key, to ‘maintain medium-high rate of growth’, is to accelerate the transition from a manufacturing-based economy to a technology-and-innovation-based economy.

What does China’s pursuit of an innovation-driven future mean for foreign investors? For some, they will find the Chinese market harder to enter than during the earlier stages of China’s reform and opening up.  When China first opened its economy to external investors, it attracted foreign capital with favourable conditions such as cheap land expenses and tax exemption. As China’s foreign reserves rank number one in the world, access to its market is no longer unconditional. Indeed, since the end of 2010, foreign companies have stopped enjoying tax exemptions.

Currently, for those who are looking to establish their production lines in China to enjoy cheaper costs, going outside the eastern coastal region and looking at the less-developed inland areas may be more profitable. While the more developed east coast is becoming China’s technology base, local governments in central and western China still compete with each other for foreign investment through supportive policies and subsidies.

Moreover, foreign companies in the Chinese market will find themselves in a more competitive environment, with Chinese private companies as their main rivals. In order to incentivize internal growth drivers, the Chinese Government in its work report has promised to ‘expand market access’ to the private sector. From now on, ‘all industries and sectors that are open to overseas investment should be open to Chinese private capital’. In the future, foreign and domestic companies will compete on more equal terms.

Of course, it is not all bad news. In the Work Report, the Government has promised to ‘make service industries, manufacturing, and mining more open to foreign investment’ in the future. Foreign companies will be allowed ‘participation in national-level science and technology projects’. They will be encouraged to be listed and sell bonds in China. In license applications, standard-settings and government procurement, they will be treated the same as domestic companies and will enjoy the same favourable policies as listed in the 2015 document ‘Made in China 2025’ (the state’s grand plan to develop the manufacturing sector based on innovation, technology, quality, sustainability and talents).

Certainly, for some, a more innovation-driven Chinese economy means new opportunities, particularly those engaged in industries identified as strategic priorities in ‘Made in China 2025’ such as new information technology, high-end equipment, new materials and bio-medicine. Although there is are no longer favourable taxation policies, new research reveals that foreign business identified as high-tech companies could receive funding, grants and financial support from both central and local governments. The government defines companies as ‘high-tech’ by considering their spending on research and development, number of research and development personnel employed, output value of high-tech products and number of patent applications.

An innovation-driven Chinese economy will open to foreign investment but in a more guided manner. Foreign companies will be encouraged to invest in strategic industries, to establish R&D centres and collaborate with domestic companies. While in the past China focused on introducing foreign capital and equipment, now the new priorities are cooperative development and the introduction of overseas talent. The effect of China’s new policy orientation on foreign investment is already starting to show. According to a report by the National Statistical Bureau, in 2016 foreign companies were growing at a slower speed than domestic ones and their operation costs increased as a result of equal taxation treatment. Foreign investment was moving out of traditional businesses into technology and service industries and from the eastern seaboard into central and western China. This trend is expected to continue.

Dr Minglu Chen is a Senior Lecturer at the Department of Government and International Relations The University of Sydney. Image Credit: CC by Forezt/Wikimedia Commons.

Norms, Cyberspace Operations, and National Security
Sketching the Contours of Cyberconflict in Asia