India and Africa: The Students of Today will be the Leaders of Tomorrow

Home /Politics/International Relations/India and Africa: The Students of Today will be the Leaders of Tomorrow 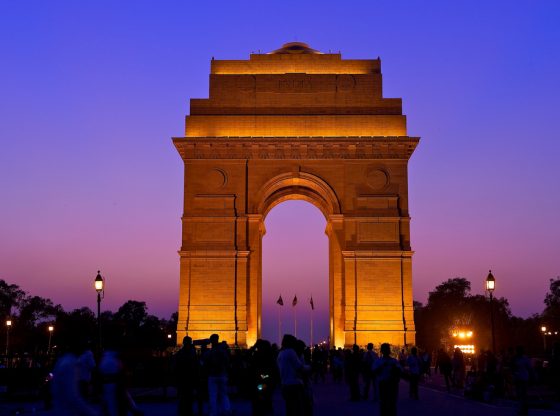 A recent spate of attacks on black students in India threatens to sabotage the Modi government’s charm offensive in Africa. Last month, Nigerian students were set upon by a large mob in Noida, on the outskirts of Delhi. One assault inside a crowded shopping mall, that was captured on mobile phones and shared widely on social media, saw a young African man beaten unconscious with clubs and bricks. The Noida violence was sparked after an Indian teenager died from a drug overdose. Nigerian students were blamed for supplying the drugs responsible; an accusation that local police failed to substantiate.

As the numbers of black African students studying at Indian universities has increased, so have incidents of racially motivated attacks. In 2014, three African students were badly beaten at a New Delhi train station. In February last year, a mob assaulted and stripped a young Tanzanian woman in Bangalore as she passed the scene of a road traffic accident. In May 2016, a Nigerian student was attacked in the southern city of Hyderabad. Later the same month, a student from the Democratic Republic of Congo was beaten to death in Delhi by a group of Indian men following an altercation.

The recent Noida incidents prompted the Association of African Students in India (AASI) to warn its members to keep off the streets and remain indoors. In a statement issued to the Indian press, the Association announced it would redouble efforts to challenge the widespread racism that Africans confront in India. Abou Ibrahim, a senior figure in the AASI, reflected that sections of Indian society needed to examine ‘why they hate Africans so much. The fact is the kind of ignorance and irrational fears you see would rival the feelings and fears of the worst racists in the West.’

The heads of African diplomatic missions in India released a strong statement condemning the Noida affair and criticised Modi’s government for failing to safeguard Africans from acts of racist violence. Indian officials were urged to expedite investigations into assaults on black students, and calls were made for an independent inquiry to be undertaken by the UN Human Rights Council. India’s External Affairs minister, Sushma Swaraj, was left scrambling to mollify rising African anger, lamely tweeting that a ‘fair and impartial investigation into this unfortunate incident’ would follow.

The speed with which horrific footage of the Noida violence circulated around the globe via social media cast an international spotlight on the discrimination suffered by African students in the subcontinent. In Britain, The Independent reported the attacks under the headline ‘Africans being attacked by roaming mobs in India.’ Across the Atlantic, The New York Times noted that the Noida attacks formed part of a wider pattern of violence directed at Africans in India, which, in turn, raised questions not only about the country’s racial attitudes, but also the rise of pervasive lawlessness.

Despite sweeping assurances offered by Indian ministers to get to the bottom of the problem, the racial discrimination suffered by black Africans in India has deep roots. Back in the 1950s and 1960s, during an era of decolonisation, the Indian government actively encouraged African students to travel to the subcontinent to further their education. At that time, policymakers in New Delhi were willing to sponsor the education of African students as a means of enhancing India’s soft power.

In the mid-1950s, over two thousand foreign students were registered at Indian universities. Many were Africans benefiting from Government of India Cultural Scholarship schemes designed to promote relations between India and overseas countries. At the time, India was at the forefront of international calls for racial equality and Afro-Asian unity. Indians were active and vocal supporters of the civil rights movement in a racially segregated United States. In the subcontinent, however, race relations were more complex and contradictory. African students in India regularly complained about colour prejudice they encountered which, in the words of one member of the African Students Association, was ‘almost as bad as that of Europeans in South Africa.’ British officials in the subcontinent responsible for the welfare of colonial subjects, routinely found themselves in the  incongruous position of fending off accusations of racism directed by African students at their Indian hosts.

Much like today, as the Modi government seeks to woo Africa with promises of developmental aid in an effort to increase the US$75 billion in annual trade that flows back and forth across the Indian Ocean, in the era of post-war decolonisation, New Delhi saw in Africa a means to increase Indian political and economic power on the international stage. In the 1950s, one British diplomat rationalised India’s approach to African students by noting that, ‘the students of today will, in many cases, be the leaders of tomorrow. It seems not unreasonable to assume, therefore, that, in throwing open India’s doors to … African students in particular, India’s leaders hope that they can help create an educated elite [who] because of their knowledge of India, prove receptive to Indian policies once they are masters in their own houses.’

The widespread discrimination experienced by black African students in India served to undermine the nation’s early forays into cultural diplomacy. More often than not, educational scholarship schemes designed to strengthen Indo-African bonds had precisely the opposite effect, retarding rather than advancing India soft power in Africa. Contemporary reports emerging from India of assaults on black African students threatens to inflict similar damage on the country’s international interests in an age of globalisation. In addressing the outrage that has greeted the Noida affair, Modi’s government would be well advised to look to lessons from India’s past. Failing to act quickly and decisively against an upsurge in racially aggravated attacks against black Africans, aside from its moral imperative, is likely to frustrate India’s aspiration to assume a more prominent global role in what some commentators have heralded as the Asian Century.

Paul McGarr is an Assistant Professor in American and Canadian Studies at the University of Nottingham. Image credit: CC by Larry Johnson/Flickr.

America has a THAAD Missile Problem in Korea– It Must Move Quickly and Carefully to Resolve It
Nuclear War on the Korean Peninsular: What the U.S. expects from China