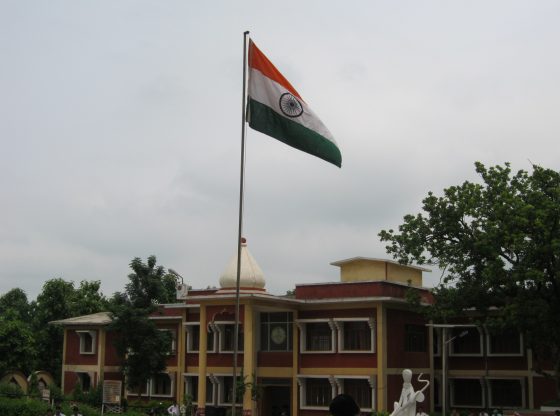 Higher education in India is going through a critical phase. The country has witnessed tremendous growth in the sector since independence, and now has 750 universities, 35,000 colleges and 30 million of students. But none of its best institutions have managed to secure a place in the list of the world’s top 200 universities.

This is particularly worrying as some of India’s leading institutions are now facing drastic cuts in employment and resources. The prestigious Jawaharlal Nehru University (JNU), for instance, has just announced an 83% cut in its research funds and a reduction in the number of students accepted for doctoral and masters degrees for the academic year 2017-2018.

And on March 25, the Tata Institute for Social Science, another centre of research excellence, issued termination letters to 25 members of its faculty.

Both moves have come under scrutiny, leading, in the case of JNU, to a massive strike by students.

These are dark times for India’s higher education system. Not only because of the poor showing of universities, but especially because of the shrinking space for genuine intellectual freedom on the nation’s campuses.

In fact, the very idea of what universities are meant to be is under severe attack in India. For the past couple of years, universities in the country have been the theatre of various upheavals.

In 2016, protests erupted in JNU after an event organised by students turned into a political controversy over the Kashmir conflict and led to a countrywide debate on nationalism.

In February 2017, Hyderabad University students, who had taken part in a national solidarity movement in 2016 when Rohith Vemula, a young Phd candidate and a liberal student activist committed suicide over caste discrimination, were barred from taking exams.

The same month, Ramjas College, which is part of Delhi University, witnessed violent protests by the nationalist student organisation Akhil Bharatiya Vidyarthi Parishad (ABVP) against a seminar. The group is an offshoot of the ruling Bharatiya Janata Party (BJP) and its parent organisation the Rashtriya Swayamsevak Sangh (RSS).

The event, which was called off after the protest, was actually titled Cultures of Protest. It had triggered the ire of the conservative organisation because the list of speakers included two JNU students, Umar Khalid and Shehla Rashid, who were deemed to be part of the clash that shook JNU in 2016.

The incidents at Ramjas College and JNU are not one-off episodes. Rather, such clashes have become the new norm in Indian universities.

Just a week before the Ramjas incident, Professor Rajshri Ranawat of the Jai Narain Vyas University, Jodhpur (Rajasthan) was suspended after a protest – once again led by the ABVP – simply for inviting JNU professor Nivedita Menon for a talk.

She had allegedly made some controversial remarks about Kashmir and the Indian Army, questioning India’s role in the disputed territory. A police complaint was also lodged against her in Jodhpur.

In 2015, the ABVP-led Delhi University Students’ Union disrupted the screening of the film Muzaffarnagar Abhi Baki Hai at Kirori Mal College. The film is a documentary about the Muzaffarnagar riots, which involved violent clashes between Muslims and Hindus in the north Indian state of Uttar Pradesh in 2013.

These are attacks on what universities stand for. Threats to free enquiry emanate from both hardline university vice chancellors – some of whom are accused of punishing teachers with different opinions from their own – and neo-nationalist organisations such as the ABVP, which are quickly offended by any idea they disagree with.

Neo-nationalists and the right-wing government

Why have such incidents become so common, destroying the culture of debate and dissent in India’s universities?

After the BJP’s historic 2014 win in the Indian central legislative (Lok Sabha) elections, which brought Prime Minister Narendra Modi to power, the ABVP and other RSS affiliates, such as the Vishwa Hindu Parishad (VHP) and the Bajrang Dal have become bolder.

The ABVP, in particular, has resolutely pursued the BJP agenda of expanding its base in top universities, which have traditionally been considered the bastion of the Left. That’s because the majority of faculty members who enjoy considerable influence on students are left-oriented and members of the Communist Party of India.

Now, right-wing student organisations champion their own brand of nationalism with the help of the government. Consider the case of JNU student union president Kanhaiya Kumar. He was arrested on February 22 2016 by the Delhi Police on charges of sedition initiated by BJP member of parliament Mahesh Giri.

Students have also alleged that police often stand by and don’t help them, as was the case with the violent events at Ramjas College.

At the same time, the government seems to ensure that high positions at universities are only occupied by those who lean towards the RSS and promote its agenda. Professor Vijay Bhatkar, the newly appointed vice-chancellor of the Nalanda University, for instance, was president of RSS-affiliated private outfit Vijnana Bharati, which promotes swadeshi (homegrown) science.

And in 2015, BJP member Gajendra Chauhan was appointed director of the Film and Television Institute of India (FTII), triggering protests by students.

As she was about to formally take up the role in January 2016, Oxford University vice chancellor Louise Richardson said:

Education should be about confronting ideas you find really objectionable, figuring out why it is you find them objectionable, fashioning a reasoned argument against them, confronting the person you disagree with and trying to change their mind, being open to them changing your mind. That isn’t a comfortable experience, but it is a very educational one.

The only way out of the current state of tension for Indian universities is for the institutions to learn to tolerate everything except intolerance. Universities exist for the sake of free inquiry and uninhibited debate. If that’s not what they are doing, they may as well cease to be.

Aftab Alam is a Professor at Aligarh Muslim University. This article was first published on The Conversation and can be found here. Image credit: CC by Jagadguru Rambhadracharya/Flickr.

Xi meets Trump: how charisma and personality can ensure peace and prosperity
Dealing with North Korea: The Options that Remain