Dealing with North Korea: The Options that Remain 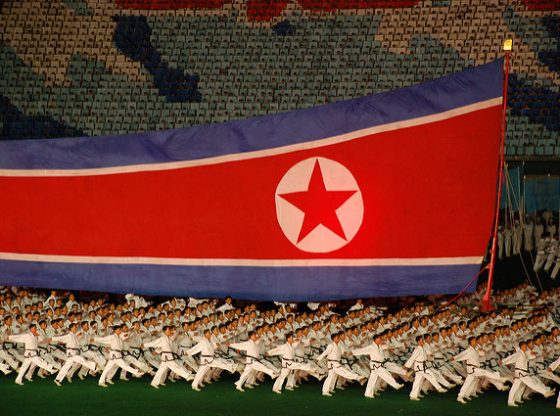 These days it seems as if I wake up each morning to North Korean missiles being launched over the East Sea. The – according to many experts very real – possibility of a sixth North Korean nuclear test makes the increasingly frequent missile testing significantly more ominous. To complete the apocalyptic atmosphere surrounding North Korea, US Secretary of State Rex Tillerson made a mystifying comment that was no comment and sparked fierce debate that perhaps now the US was ready to execute a pre-emptive strike on North Korea.

It’s déja vu all over again, as Yogi Berra would have it, except that this time it probably is not. I am altogether not sure whether we have actually seen this before. And neither are other experts. Jeffrey Lewis wrote an analysis that sent chills down my spine: by looking closely at the trajectories of the most recent missiles tests, he reaches the conclusion that “North Korea isn’t testing missiles. It’s preparing for a nuclear first strike.”

It should be noted however that practicing a scenario like that does of course not necessarily lead to its becoming reality. To an important extent, North Korean preparations for a nuclear first strike are also a reaction to the joint military exercises between South Korea and the US. This, in itself, correct observation has led to predictable calls for engagement with North Korea (also predictably useless; if you want to know why, see here). After all, what is the world going to do with a nuclear North Korea? Despite the increasing possibility of a US pre-emptive strike, the military option is one that most experts are extremely worried about – and rightly so, a replay of the Korean War is not unthinkable and would be devastating beyond belief.

The chilling scenario that Jeffrey Lewis sketched still stands. The intimate military and technological ties between Syria and North Korea may again have led to a horrific attack on civilians in Syria. And the human rights abuses ‘without parallel’ and terrorist attacks such as the assassination of Kim Jong Nam continue. As does the plethora of illegal activities that fund the continued survival of the North Korean regime (also see here). I am tempted to finish my post here, noting that decades of failures to understand, to act, to empathise with the true underdogs (not the isolated regime, but their infinitely more isolated population), to devise proper policy have led us finally to a place where easy solutions are not only out of reach, but where we have lost sight even of the difficult and nigh-impossible solutions.

The – admittedly rather lazy – hope of the international world is now pinned on the Trump-Xi summit and specifically on Xi. ‘If only China would rein in North Korea,’ must be the constantly recited mantra of many government officials in the US and elsewhere. But in reality, China would have intervened if it could have without sending its regiments across the Yalu. The pro-Chinese faction in Pyongyang went under when Chang Sŏngt’aek was purged and executed and it doesn’t look like China’s influence on North Korean policymaking ever recovered.

Where does that leave the world, with China realistically out of the picture? More sanctions – like the EU introduced? A pre-emptive strike? Neither option has much chance of working and certainly not of ameliorating the situation. In all honesty, it needs to be said out loud and it needs to be realized that the time for states to act on North Korea and reasonably expect results is long past. The two-track policy of developing nuclear weapons and a viable economy is still North Korea’s guiding light. We just haven’t been taking it very seriously, because of the evident difficulties of one track keeps facing (alas, it’s not the nuclear track). But ironically perhaps that also creates an opportunity to try and influence the situation.

North Korea needs resources and hard currency to keep developing its missiles and nuclear weapons. A significant part of what it needs comes from abroad, through the sale of coal to China for example (officially sanctioned now, but I’m not holding my breath); through the black market illicit export of goods; and through the export of overseas labourers (although slaves would be a more precise term). One part of a possible solution lies in going after the regime and the elite’s money abroad, cracking down on illegal export and sanction violations (the last UN rapport from the Panel of Experts should be a big help here) and stopping the exploitation of North Korean slaves worldwide. The EU has its fair share of DPRK slave labour and even though the EU Commission (regrettably joined last week by the Dutch government who now deny that such a thing exists in the EU after talking to those parties we think may actually be guilty of human trafficking) is not willing to take this issue seriously, we should. Cutting off these sources of revenue will at the very least slow down the impressive and increasing speed of missile and nuclear weapon development in North Korea and create more time to figure out possible solutions.

We find ourselves in a situation in which not many options remain, perhaps even no options except for a few long shots. I have one more suggestion in this regard. It is unfortunately a staple feature of the North Korea discourse that it is dominated by non-North Koreans, meaning we rely most on the expertise of people whose experience with North Korea is limited at best, mainly conducted vis-à-vis the regime, and whose Korean language ability (even if only passive) is non-existent. This is problematic. As Christopher Richardson wrote two weeks ago in an eloquent and extremely powerful essay over at Sino-NK.com, it is vital that “North Korean voices claim the prominence they deserve – and have always deserved – in discourse about their own country.” They are doing that, but we haven’t been listening. Again, a possible option for the proleptically catastrophic situation we are faced with lies in the hands of those North Koreans who left the regime behind. Again, money – combined with serious support – is the answer. Not money to buy off Pyongyang’s threats, but money to enable the North Koreans outside of their country to organize themselves and intervene in such a way as to make the situation better. To empower those who did not or could not leave the country.

It seems that the states involved in the situation surrounding the Korean peninsula no longer have the wherewithal to constructively engage in order to avert a worsening of the human rights situation in North Korea or an escalation in tensions between Pyongyang and other countries. Informal diplomacy is a structural impossibility in today’s North Korea, because all roads lead to the Party, but perhaps a combination of cutting off revenue from abroad with the empowering of exiled North Koreans (for instance by investing through micro credits in those North Koreans who regularly cross the border with China) could effect changes within North Korea. It is a long shot, but it may very well be the only shot we still have.

Dr. Remco Breuker (@koryoinleiden) is a historian of Korea and Northeast Asia, who works on medieval Korean and Northeast Asian history and on contemporary North Korean affairs. He published on the medieval state of Koryo, Korean historiography, Northeast Asia and North Korea, as well as literary translations from Korean into Dutch. Interested in margins, marginality, hybridity and pluralism, since 2014 he has been working on making the voices of elite exiles from North Korea heard in academic debates. He currently works on an ERC-sponsored project on perceptions of Manchurian histories and a LeidenAsiaCentre-sponsored project on North Korean forced labour in the EU. Image credit: CC by (Stephan)/Flickr.

Growing intolerance is threatening free inquiry and open debate in India’s universities
Buddhism and Basketball: The Dai Monks of Yunnan