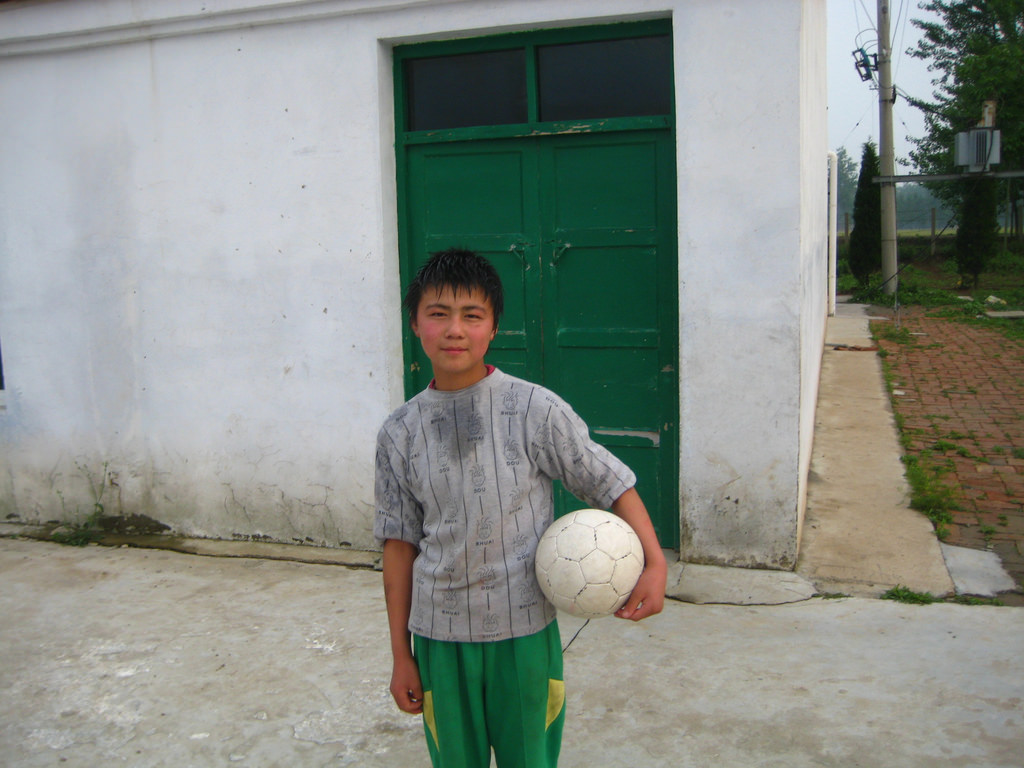 It is generally accepted, although seldom properly evidenced, that successful national sports teams play a significant role in forging national solidarity. Conversely, failure on the international stage can undermine attempts to unify the nation. In all but a few countries in the world, the sport which is most often talked about in this regard is association football.

In 2009, newly elected Chinese President Xi Jinping made a public statement about promoting elite football and expressed his personal hope that China would be capable of both qualifying for the final stages and winning the FIFA World Cup. With such concern on the part of the state leader, increasing attention turned to football.

Despite the fact that football was the first sport to be professionalized in China, this has not brought about a marked improvement in the standard of China’s elite football. During an official visit to Germany in 2009, Xi Jinping, the then-vice president expressed his country’s determination to put considerable effort into China’s elite football development. Subsequently, at in 2011, Xi highlighted his three World Cup dreams of ‘participating in the World Cup’, ‘hosting the World Cup’, and ‘becoming World Cup champions’. In light of the Chinese leader’s concerns about the future of the country’s elite football, the previously neglected campus football in schools and universities has attracted the attention of wider Chinese society. In addition, many private corporations have echoed Xi’s proclamations by starting to support the development of elite football in China. Of particular significance, however, has been the ‘inviting in and sending out’ policy which involves government agencies and business stakeholders. The main aims have been to introduce high-level foreign experts to provide training for Chinese coaches, referees, and instructors and to encourage football clubs, corporations, and other social forces to select professional and young players to participate in training in countries that excel at football. The overall objectives have been to cultivate potential Chinese football stars and to revitalize Chinese football.

To date, the results of these policies have not been apparent. At the time of writing, China is in second last place in Group A in the Asian Football Confederation’s preliminary qualifying stage for the FIFA World Cup Finals in 2018. A notable victory over South Korea was secured but there have also been losses to Iran, Syria and Uzbekistan. Meanwhile, the Chinese Super League (CSL), established in 2004, has gained increasing significance in world football as clubs offer vast salaries to European and South American players. Member clubs are permitted to have five foreign players in their squads and they can use a maximum of four of these in a game. All but three of the season’s most valuable players since the league was founded have been foreigners, including three Brazilians. These developments, if left unchecked, have the potential to further undermine the production of local talent, thereby threatening Xi’s dreams for the national team. It is not only in the football context, however, that the contrasting fortunes of the CSL and the national side could yet cause President Xi some sleepless nights.

Originally contested by twelve teams, the number of teams in the CSL has subsequently grown to 16. There are currently two teams in each of Shanghai, Tianjin and Guangzhou and teams in ten other Chinese cities, including Beijing and Chongqing. There are no teams located west of the latter. The league has been dominated to date by Guangzhou Evergrande, with six championship titles and Shandong Luneng with three. Attendances have shown an increase in every season apart from 2013 and the average attendance for the 2016 season was 44,883 which stands favourable comparison with even the wealthiest leagues in Europe.

Although the CSL has raised the global profile of football in China, it appears to have done relatively little to improve the fortunes of the national team. In addition, the experience of other countries has been that fans of successful club sides are often little interested in the fate of their national teams. Not only do they regard their club sides as superior, as indeed they often are as a result of importing players from other countries, they also fear that when club players go on international duty, they might get injured, thereby damaging their clubs’ chances of success in domestic and international competitions. In addition to football specific issues fans also often regard their club teams as representatives of particular civic or regional identities. One thinks, for example, of members of La Liga in Spain – Barcelona CF as standard bearers for Catalan identity and Athletic Bilbao for the Basque country. At present, none of the clubs in the CSL pose any threat to the concept of the Chinese nation-state although they undeniably set city against city. The situation would change, of course, if there were CSL teams based in Ürümqi or Hong Kong which could become a focus of opposition groups.

The integrity of nation-state boundaries is never wholly secure as was demonstrated by the break-up of the Soviet Union and the former Yugoslavia with sport, and in particular football, contributing to the counter-hegemonic struggle in both instances. The developing strategies for elite football in China have been closely associated with the objectives of the Chinese leader following the 2008 Beijing Olympics. The goals set by the government for Chinese football were based on Xi’s three World Cup dreams. As a consequence, in order to accomplish Xi’s ‘World Cup Dreams’, the sport system, the education system and even the industrial sector have been assigned the task of raising the level of elite football as an urgent task. However, those three systems have conflicts of interest, a factor which cannot be ignored in relation to the future development of Chinese football. Resultant tensions can create the conditions for conflict between state control and the power of market economy (or within socialism with Chinese characteristics). This does not in itself open the way for any expansion of the CSL to incorporate teams in parts of the country which have national or regional axes to grind. However, given the power of football to help consolidate national unity but equally to provide outlets for political opposition, the realization of Xi’s dreams for Chinese football could be even more important than one might, at first glance, think.